One of the largest military housing contractors is under FBI investigation for falsifying data to give to the Air Force while U.S. service members lived in dirty, dangerous homes, according to an investigation by CBS News and Reuters.

Balfour Beatty Communities is in charge of 40,000 homes across 55 military bases in the U.S. The company gets huge performance bonuses, up to about $800 million, based on data it sends to the Air Force.

An investigation found that Balfour Beatty has falsified some of its data for years at different bases around the country so the company could get bonuses that it actually didn’t qualify for, CBS News reported. Balfour Beatty has reportedly been allowing people serving in the military to live in dangerous and dirty homes while on base.

The unsafe and “slum-like” living conditions were reported to the Air Force for years, according to Reuters. The Air Force Civil Engineering Center (AFCEC) in San Antonio, Texas, reportedly blocked these allegations. The AFCEC is in charge of private landlords, such as Balfour Beatty, and took the company’s side for years, Reuters reported. (RELATED: Congress May Fix VA Hospitals By Merging Them With Military) 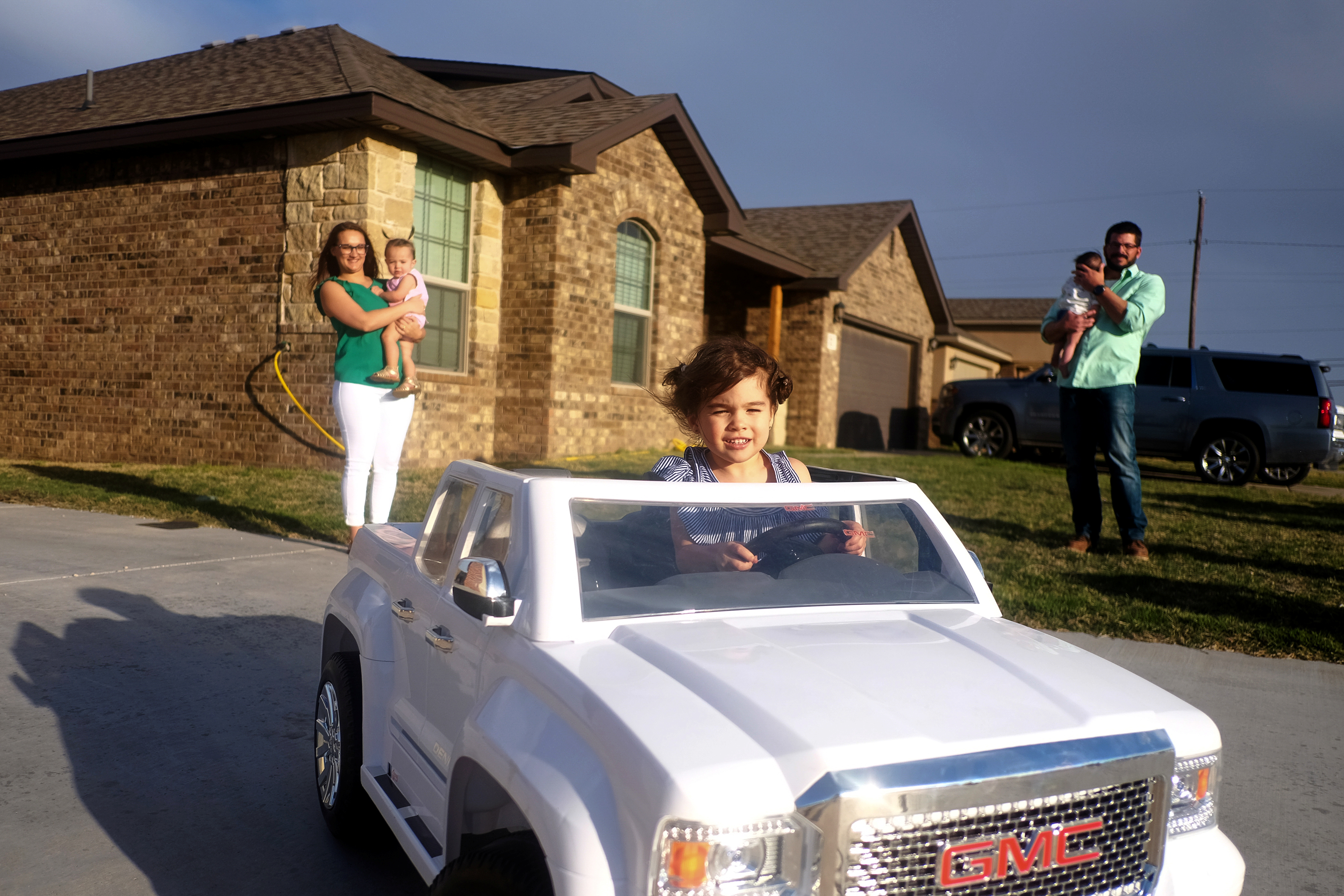 While holding their youngest children, Nick and Paige Ippolito keep an eye on their daughter Lillian outside the family home in Odessa, Texas. Prior to moving Odessa, the Ippolito family lived in subpar housing at Tinker Military Base in Oklahoma. (Special Report USA-MILITARY/MAINTENANCE REUTERS/Jessica Lutz)

The report found Balfour Beatty received bonuses for Tinker Air Force Base in Oklahoma City. Paige and Nick Ippolito, who was serving in the Navy, moved into an on-base home managed by Balfour Beatty while serving in 2015, according to CBS News. The house was “destroyed completely,” Nick told CBS.

Less than a year after moving in, a leak happened in the Ippolito’s house and a Balfour Beatty maintenance employee wrote down that he was concerned that the Ippolito’s infant would become ill because of asbestos, according to internal records reviewed by CBS News and Reuters. This concern was reportedly not immediately shared with the couple.

“You think your family is safe, and then you find out your kid is eating asbestos flooring. It makes me sick,” Nick Ippolito said, according to Reuters. “It seems like they’re just out for the dollar.”

Balfour Beatty also faked response times, according to the documents. It reported that Ippolito’s issue was fixed within 20 minutes, which Nick Ippolito said was “impossible,” according to CBS News.

In another situation, Amber Buckley, who was a “housewife” living on base, found mold in her house. She called maintenance, where they allegedly “attempted to intimidate” her and claimed there was no way to test for mold. They eventually agreed that they would fix the problem, but it has not happened yet, she told CBS News.

“I shouldn’t have to go crawling underneath the house to say hey, there’s mold right here why don’t you come fix this when they just had somebody out here in the same spot and nobody reported it,” Buckley said, according to CBS News.

Employees at Tinker Air Force Base also kept two sets of books. All calls were recorded on paper and then entered into the Air Force computer when a job was almost done. This gave the impression that Balfour Beatty was responding to problems quickly, which allowed them to get millions of dollars in bonuses based on performance, CBS News reported.

In 2016 and 2017, there were at least 65 cases of Balfour Beatty employees backdating their data, Reuters found.

Tina Brown, an employee at Balfour Beatty, said that she was “definitely” given directions to avoid entering the calls into the computer when they first came in, she told CBS News. Brown received no bonuses and was fired in 2016. She is now suing for wrongful termination. 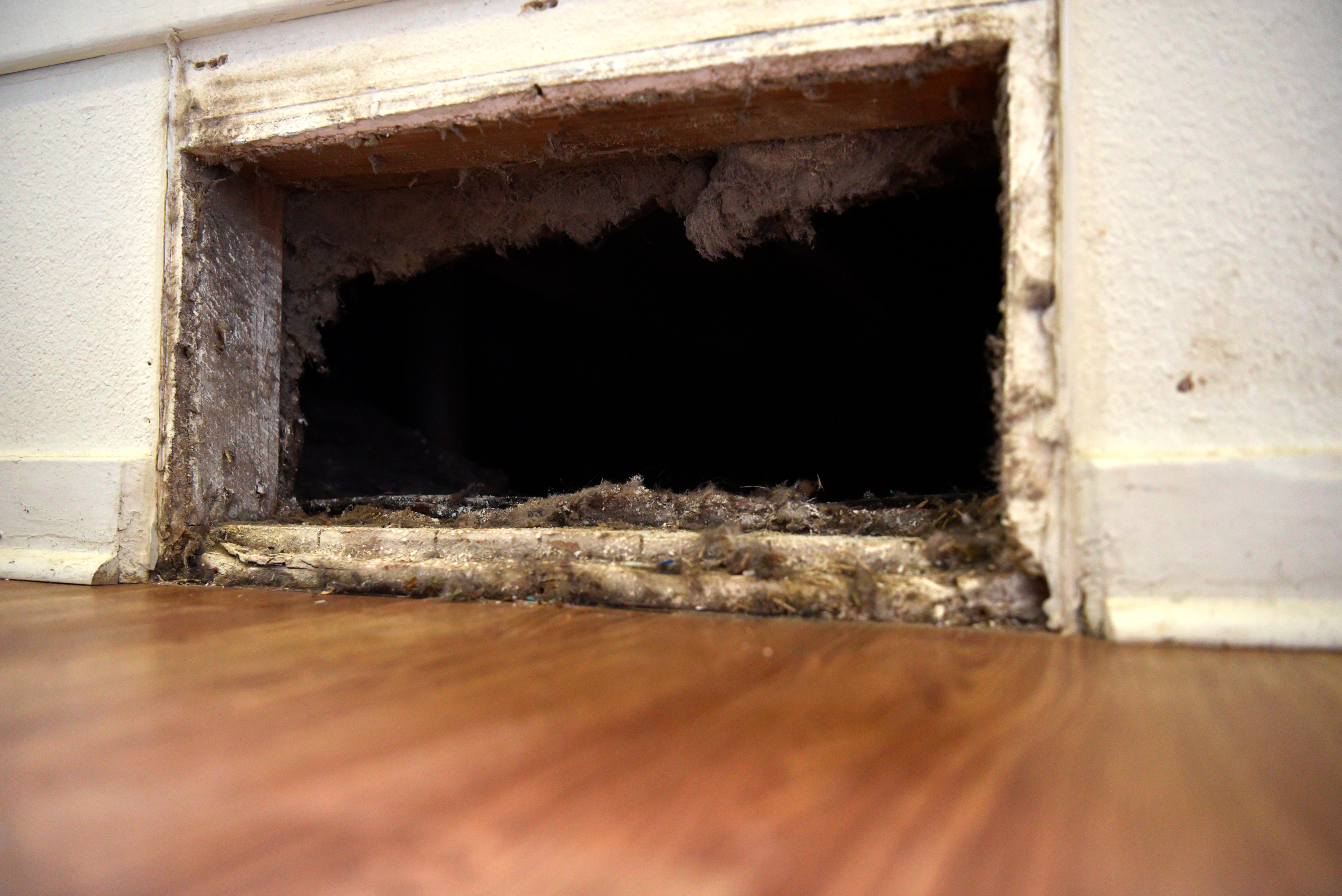 An air intake vent that is supposed to be regularly cleaned by Balfour Beatty is seen at a Tinker Air Force Base home. (Special Report USA-MILITARY/MAINTENANCE REUTERS/Nick Oxford)

There have been over a dozen warnings about the legitimacy of Balfour Beatty logs at three different bases in the country since 2015. However, the Air Force only suspended bonuses last year, according to CBS News.

There are currently ongoing investigations at other bases managed by Balfour Beatty regarding falsifying records, CBS News reported.

Balfour Beatty denied the allegations in a statement, CBS News reported. The statement read that Balfour Beatty “has not and does not condone the falsification of records in any way.” They also stated that “one employee was found to have acted improperly” after an investigation by the Air Force.

Balfour Beatty Communities did not immediately respond to a request for comment.