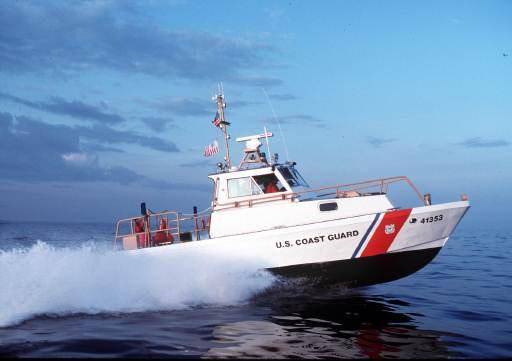 The USCG Utility Boat, or UTB, is a standard utility boat used by the United States Coast Guard for a variety of inshore missions. The 41 ft (12 m) UTB is designed to operate under moderate weather and sea conditions where its speed and maneuverability make it an ideal platform.

There are presently 172 operational boats. Currently these boats are being phased out, although many will remain in operation for several years to come.

The boats are welded 5086 aluminum, with a molded fiberglass superstructure and twin Cummins diesel engines with conventional shafts and propellers. They are capable of light towing, and were originally fitted with de-mountable fire monitors, although most have been removed. Typical boat crew is 3.

They were constructed at the Coast Guard Yard in Baltimore, Maryland, from 1972 to 1979.

Beginning in 2008, these aging boats will be retired and replaced with the Response Boat-Medium over a 6–10 year period.