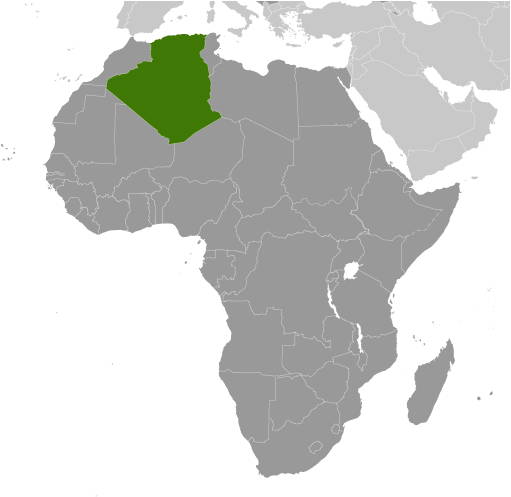 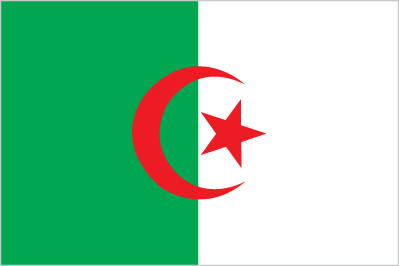 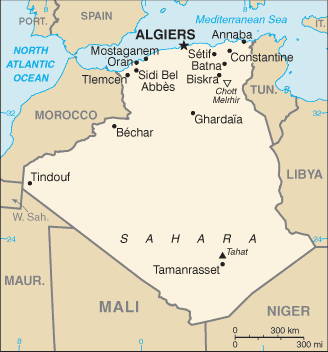 country comparison to the world:  21

Algeria and many other states reject Moroccan administration of Western Sahara; the Polisario Front, exiled in Algeria, represents the Sahrawi Arab Democratic Republic; Algeria's border with Morocco remains an irritant to bilateral relations, each nation accusing the other of harboring militants and arms smuggling; dormant disputes include Libyan claims of about 32,000 sq km still reflected on its maps of southeastern Algeria and the National Liberation Front's (FLN) assertions of a claim to Chirac Pastures in southeastern Morocco

current situation: Algeria is a transit and, to a lesser extent, a destination and source country for women, and, to a lesser extent, men subjected to forced labor and sex trafficking; criminal networks, which sometimes extend to sub-Saharan Africa and to Europe, are involved in both human smuggling and trafficking; sub-Saharan adults enter Algeria voluntarily but illegally, often with the aid of smugglers, for onward travel to Europe, but some of the women are forced into prostitution; some Algerian women are also forced into prostitution; some sub-Saharan men, mostly from Mali, are forced into domestic servitude

tier rating: Tier 3 - Algeria does not fully comply with the minimum standards for the elimination of trafficking and is not making significant efforts to do so; the government has not held any perpetrators of sex trafficking or forced labor accountable with jail time; some trafficking victims are treated as illegal migrants and are subject to arrest, detention, and deportation because authorities continue to confuse human trafficking and smuggling; the government has not developed or employed systematic procedures for identifying trafficking victims and referring them for protective services; no public awareness campaigns are conducted and no plan of action was developed to complement Algeria's anti-trafficking law (2013)