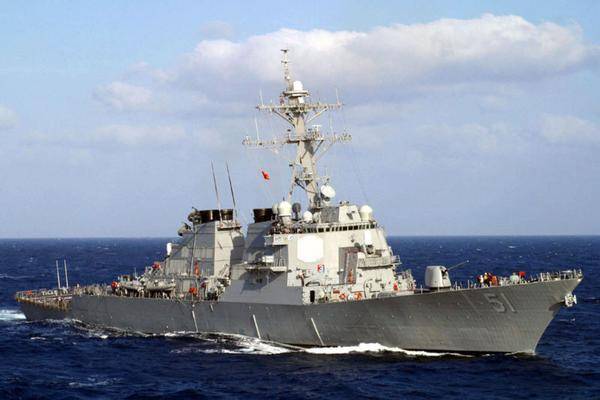 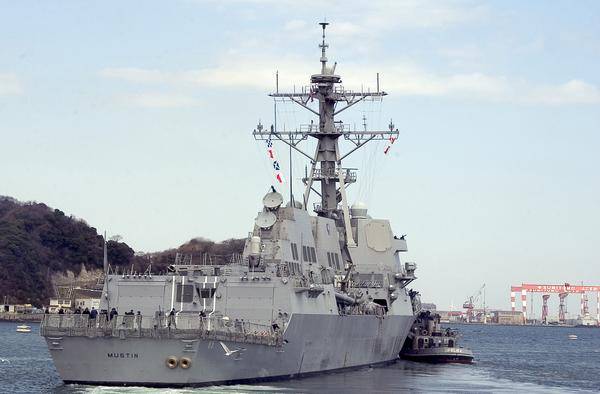 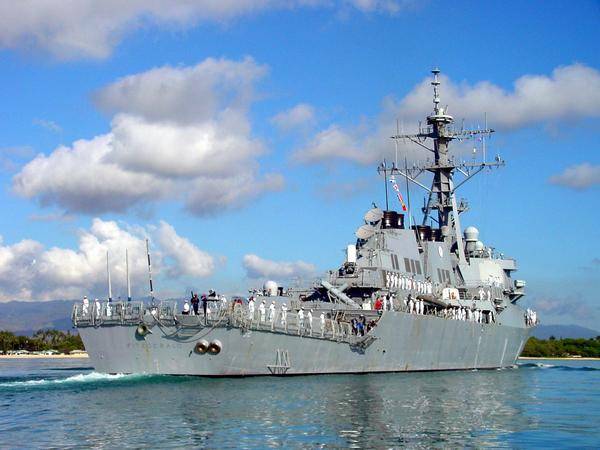 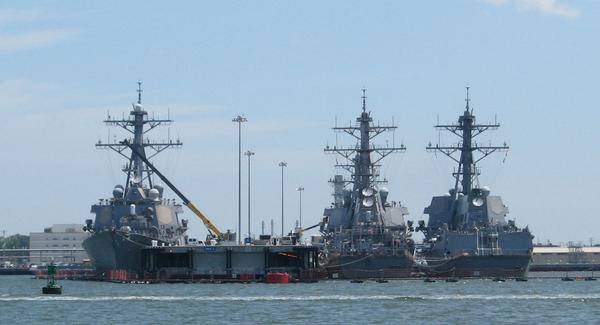 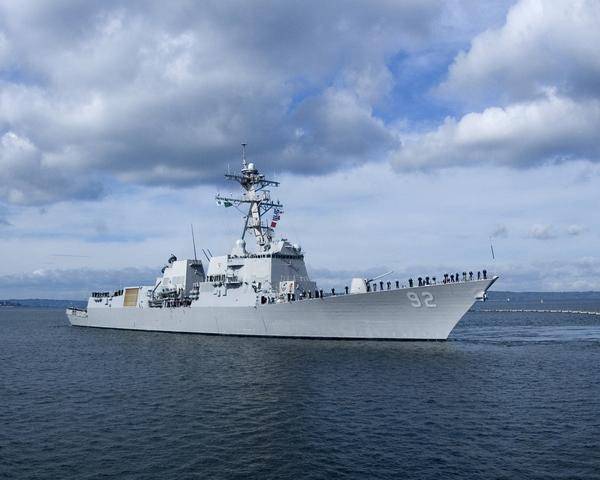 They were designed as multi-role destroyers to fit the AAW (Anti-Aircraft Warfare) with their powerful Aegis radar and anti-aircraft missiles, ASW (Anti-submarine warfare), with their towed sonar array, anti-submarine rockets, and ASW helicopter, ASUW (Anti-surface warfare) with their Harpoon missile launcher, and strategic land strike using their Tomahawk missiles. Some versions of the class no longer have the towed sonar, or Harpoon missile launcher. Their hull and superstructure were designed to have a reduced radar cross section The first ship of the class was commissioned on 4 July 1991. With the decommissioning of the last Spruance-class destroyer, Cushing, on 21 September 2005, the Arleigh Burke-class ships became the U.S. Navy's only active destroyers; the class has the longest production run for any postwar U.S. Navy surface combatant. The Arleigh Burke class is planned to be the third most numerous class of destroyer to serve in the U.S. Navy, after the Fletcher and Gearing classes; besides the 62 vessels of this class (comprising 21 of Flight I, 7 of Flight II and 34 of Flight IIA) in service by 2013, up to a further 42 (of Flight III) have been envisaged.

With an overall length of 505 feet (154 m) to 509 feet (155 m), displacement ranging from 8,315 to 9,200 tons, and weaponry including over 90 missiles, the Arleigh Burke-class ships are larger and more heavily armed than most previous ships classified as guided missile cruisers.

The Arleigh Burke class is among the largest destroyers built in the United States. Only the Spruance and Kidd classes were longer (563 ft). The Burke class are multi-mission ships with a "combination of... an advanced anti-submarine warfare system, land attack cruise missiles, ship-to-ship missiles, and advanced anti-aircraft missiles," The larger Ticonderoga-class ships were constructed on Spruance-class hullforms, but are designated as cruisers due to their radically different mission and weapons systems. The Burke class on the other hand were designed with a new, large, water-plane area-hull form characterized by a wide flaring which significantly improves sea-keeping ability. The hull form is designed to permit high speed in high sea states.

The Arleigh Burke's designers incorporated lessons learned from the Ticonderoga-class guided-missile cruisers; with the Arleigh Burke class, the U.S. Navy also returned to all-steel construction. An earlier generation had combined a steel hull with an innovative superstructure made of lighter aluminum to reduce topweight, but the lighter metal proved vulnerable to cracking. Aluminum is also less fire-resistant than steel. A 1975 fire aboard USS Belknap gutted her aluminum superstructure. Battle damage to Royal Navy ships exacerbated by their aluminum superstructures during the 1982 Falklands War supported the decision to use steel. Another lesson from the Falklands War led the navy to protect the ship's vital spaces with double-spaced steel armor (creating a buffer for modern rockets), and kevlar spall liners.

The Ticonderoga-class cruisers were deemed too expensive to continue building and too difficult to further upgrade. The angled rather than traditional vertical surfaces and the tripod mainmast of the Arleigh Burke design are stealth techniques, which make the ship more difficult to detect, in particular by anti-ship missiles.

USS Michael Murphy was originally intended to be the last of the Arleigh Burke class. However with reduction of the Zumwalt-class production, the Navy requested new DDG-51-class ships. Long-lead materials contracts were awarded to Northrop Grumman in December 2009 for DDG-113 and in April 2010 for DDG-114. General Dynamics received a long-lead materials contract for DDG-115 in February 2010. It is anticipated that in FY2012 or FY2013, the Navy will commence detailed work for a Flight III design and request 24 ships to be built from 2016 to 2031. In May 2013, a total of 77 Burke-class ships was planned. The Flight III variant is in the design phase as of 2013. In June 2013, the US Navy awarded $6.2 billion in destroyer contracts. Up to 42 Flight III ships are expected to be procured by the Navy with the first ship entering service in 2023.