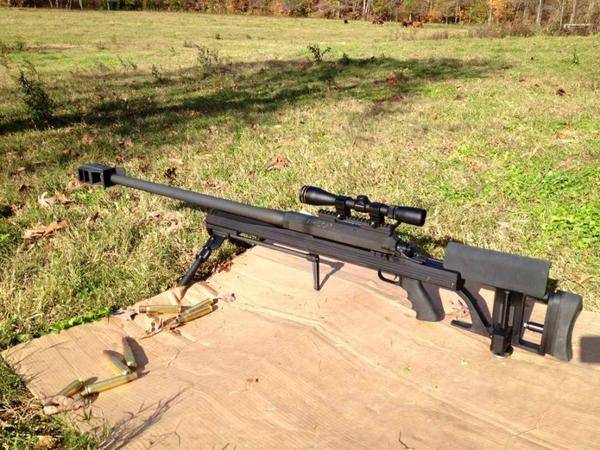 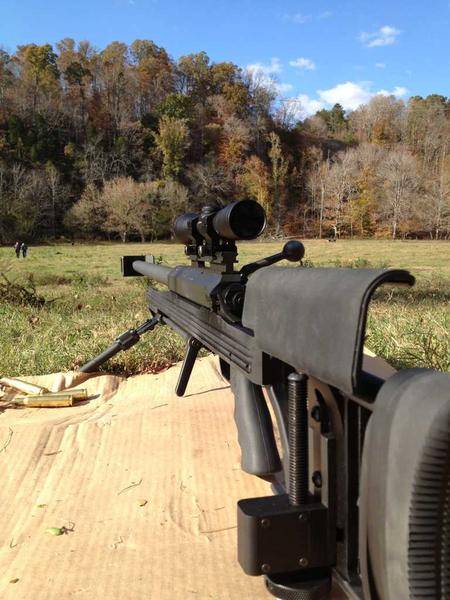 The ArmaLite AR-50 is a single shot bolt action rifle manufactured by ArmaLite.

The AR-50 rifle utilizes its weight and a large fluted muzzle brake to reduce recoil. The AR-50 weighs approximately 34 pounds and is a single shot bolt action rifle. The barrel is thick and rigid, to prevent it from flexing.

The receiver features Armalite's octagonal design, which strengthens the receiver against flexing. The receiver is bedded to the V-shaped stock, whilst the barrel is free-floated above the forend. The three piece AR-50 stock is constructed from aluminum and features an extruded forend, as well as a skeleton butt stock with a removable and vertically adjustable butt plate.

This rifle was updated to the AR50-A1B model, which featured a smoother action, a new bolt stop that can be depressed by hand to release the bolt, and a more heavily reinforced muzzle brake. The AR50-A1B was designed for long range shooting, primarily firing the .50 BMG Browning Machine Gun. The available rifle configurations are: AR-50A1B chambered for standard .50 BMG, AR50-A1BNM Chambered for .50 BMG Match Grade Ammunition, and AR50-A1B-416 chambered for .416 Barrett.