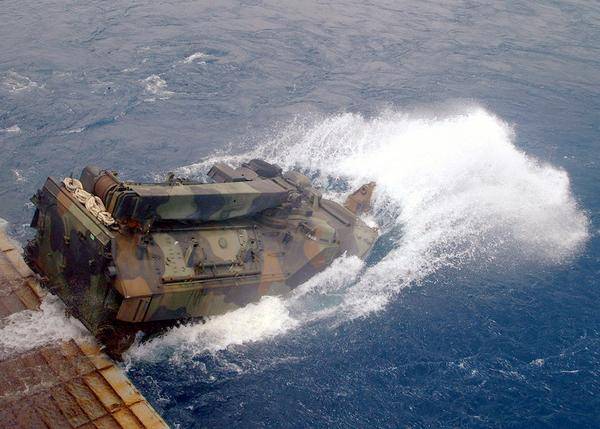 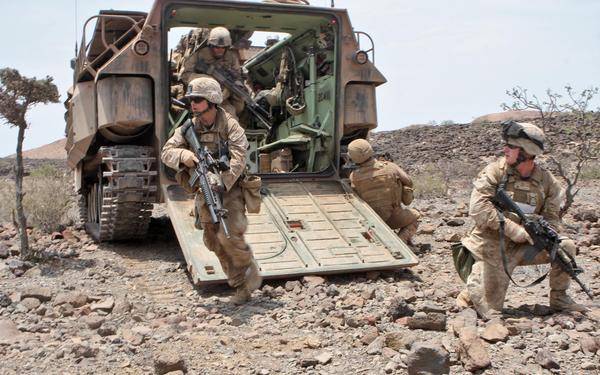 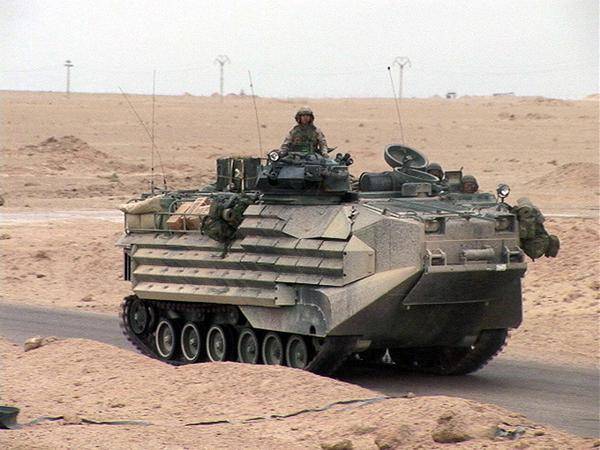 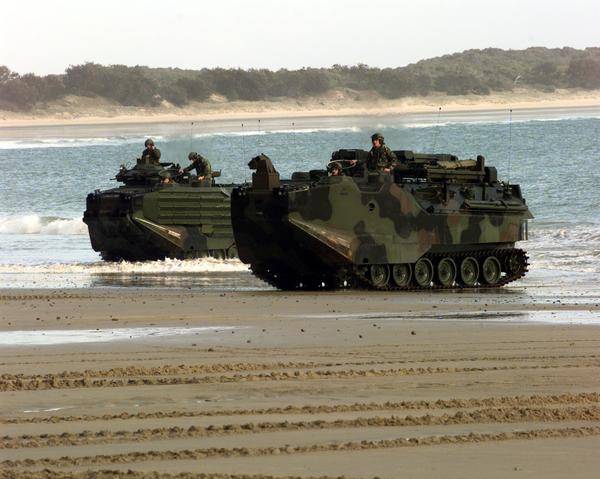 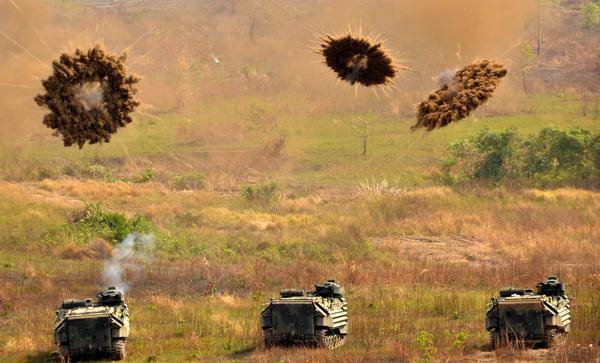 The AAV-7A1 is the current amphibious troop transport of the United States Marine Corps. It is used by U.S. Marine Corps Assault Amphibian Battalions to land the surface assault elements of the landing force and their equipment in a single lift from assault shipping during amphibious operations to inland objectives and to conduct mechanized operations and related combat support in subsequent mechanized operations ashore. It is also operated by other forces. Marines call them "amtracks," a shortening of their original designation, "amphibious tractor."

Many P7s have been modified to carry the Mk 154 MCLC, or Mine Clearance Line Charge. The MCLC kit can fire three linear demolition charges to breach a lane through a minefield. MCLCs were used in the 1991 Persian Gulf War and again in Operation Iraqi Freedom in 2003.

In the 1970s, the US Army used an LVTP-7 as the basis for their Mobile Test Unit (MTU), a ground-based antiaircraft high energy laser. After several successful test firings at Redstone Army Arsenal, the laser was reportedly transferred to NASA.