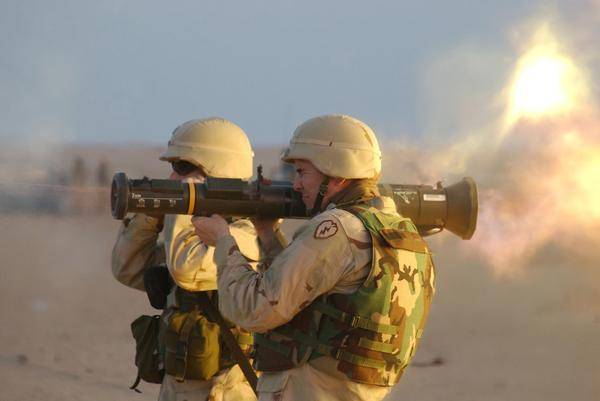 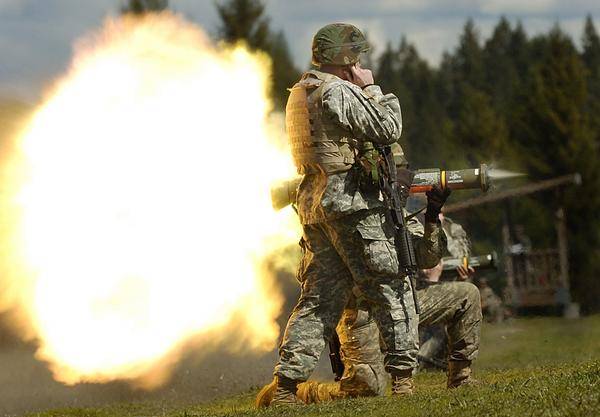 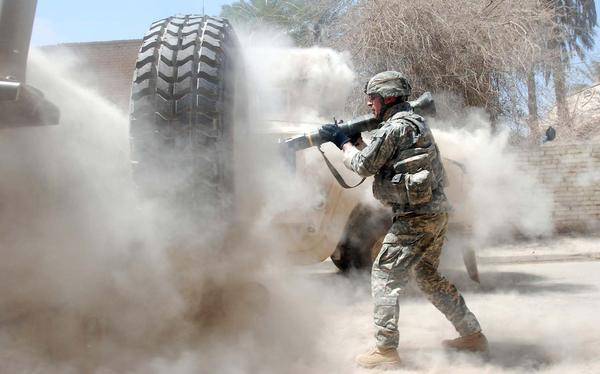 The AT4 (also variously AT-4, AT4 CS, AT4-CS, or AT-4CS) is an 84-mm unguided, portable, single-shot recoilless smoothbore weapon built in Sweden by Saab Bofors Dynamics (previously Bofors Anti-Armour Systems). Saab has had considerable sales success with the AT4, making it one of the most common light anti-tank weapons in the world.

The designation "CS" represents "confined space" referring to the propellant charge being designed to operate effectively within buildings in an urban environment. It is intended to give infantry units a means to destroy or disable armored vehicles and fortifications, although it is not generally sufficient to defeat a modern main battle tank (MBT). The launcher and projectile are manufactured prepacked and issued as a single unit of ammunition with the launcher discarded after a single use.

There are several different projectiles for the AT4. Note that because the AT4 is a one-shot weapon, projectiles are preloaded into the launcher tubes. AT4 launcher and projectile.

For use against bunkers, buildings, enemy personnel in the open and light armor. The projectile can be set to detonate on impact or with a slight delayed detonation. The heavier nose cap allows for the HEDP projectile to either penetrate light walls or windows and then explode, or be "skipped" off the ground for an airburst. For use against light armor, there is a smaller cone HEAT warhead with 150 mm (5.9 inches) of penetration against RHA.

Designed for urban warfare where a projectile heavier than the HEDP AT4 is needed. Two warheads, first one a HEAT with a shallow cone resulting in less penetration but a wider hole, and a second follow through high-blast warhead. It has two settings: one for destroying bunkers and one for mouse holing a building wall for combat entry.

Complete AT4 HEAT antitank round (which is preloaded in AT4) and AT8 bunker-busting warhead.

HEDP 502 projectile for the LMAW.

The HEAT projectile can penetrate up to 420 mm (16.5 inches) of RHA with beyond-armour effect.

A version of the AT4 where the standard HEAT projectile is replaced with the bunker-busting warhead developed for the SMAW. No orders were ever placed.

In the early 1990s, there were tests of a tandem charge 120-mm version (Bofors AT 12-T) that would be able to penetrate the front armor of any modern main battle tank. However, the project was canceled due to the dissolution of the Soviet Union and cuts in Western defense budgets.