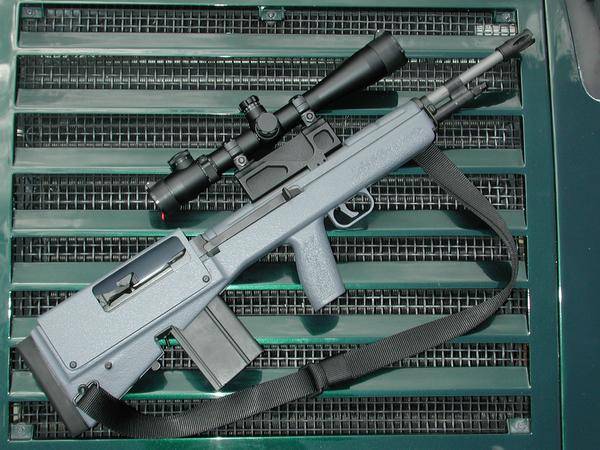 The AWC G2 is a bullpup sniper rifle configuration produced in the early 1990s by two distinguished American gun designers.

Capable of 1 MOA accuracy, the G2 was tested by a number of governmental agencies in the United States and foreign countries seeking to breathe new life into a venerable battle-proven platform, the M14. The G2 series had a number of variations, primarily surrounding barrel weights, scope mounts and AWC's suppressor capabilities and both semi-automatic and full-auto versions were eventually produced.

The last significant development of this weapon system, the G2A+ was produced and delivered for testing at the Fort Bragg sniper school. The rifle was fitted with a heavy stainless Krieger match barrel and Lynn McWilliams' final scope mount design. The scope mount and selection was of paramount importance because the raised nature of the optics, combined with the peculiar “G” load factor produced by the weapon, created a harsh environment for anything except for the strongest of optics.