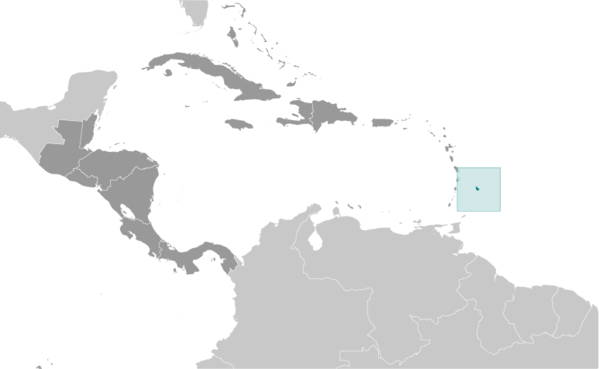 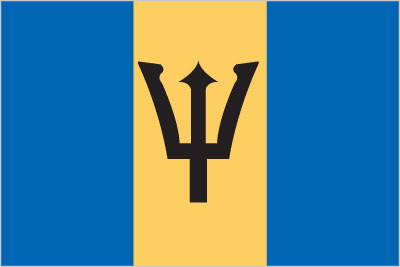 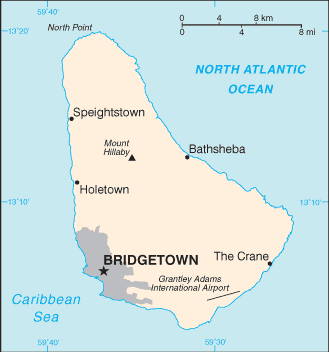 18 years of age for voluntary military service, or earlier with parental consent; no conscription (2013)

country comparison to the world:  150

the Royal Barbados Defense Force includes a land-based Troop Command and a small Coast Guard; the primary role of the land element is island defense against external aggression; the Command consists of a single, part-time battalion with a small regular cadre deployed throughout the island; the cadre increasingly supports the police in patrolling the coastline for smuggling and other illicit activities (2007)

Barbados and Trinidad and Tobago abide by the April 2006 Permanent Court of Arbitration decision delimiting a maritime boundary and limiting catches of flying fish in Trinidad and Tobago's exclusive economic zone; joins other Caribbean states to counter Venezuela's claim that Aves Island sustains human habitation, a criterion under the UN Convention on the Law of the Sea, which permits Venezuela to extend its Economic Exclusion Zone/continental shelf over a large portion of the eastern Caribbean Sea

current situation: Barbados is a source and destination country for men, women, and children subjected to sex trafficking and forced labor; legal and illegal female migrants from Jamaica, the Dominican Republic, and Guyana seem most vulnerable to forced prostitution; Barbadian and immigrant children are prostituted in exchange for material goods; in the past, foreigners are reported to have been forced to work in the domestic service, agriculture, and construction industries

tier rating: Tier 2 Watch List - Barbados does not fully comply with the minimum standards for the elimination of trafficking; however, it is making significant efforts to do so; the country was granted a waiver of an otherwise required downgrade to Tier 3 because the government adopted a national action plan on human trafficking that specifies implementing agencies and addresses prosecution, protection, and prevention measures; the government conducted at least two sex trafficking investigations in 2012, as opposed to none in the previous year but did not report any prosecutions or convictions of trafficking offenses; Barbadian law does not appear to prohibit all forms of human trafficking and does not prescribe sufficiently stringent penalties; government efforts to prevent human trafficking included broadcasting short public awareness messages, holding town hall meetings, and funding a hotline (2013)

one of many Caribbean transshipment points for narcotics bound for Europe and the US; offshore financial center