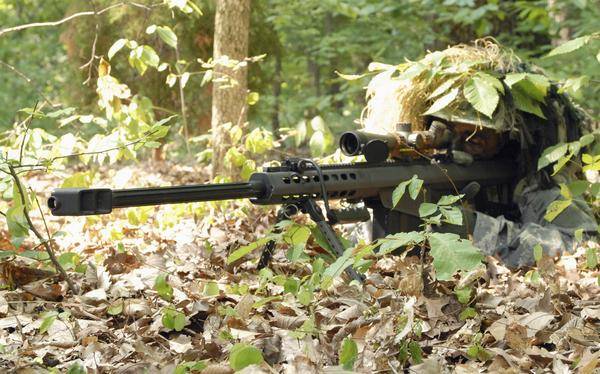 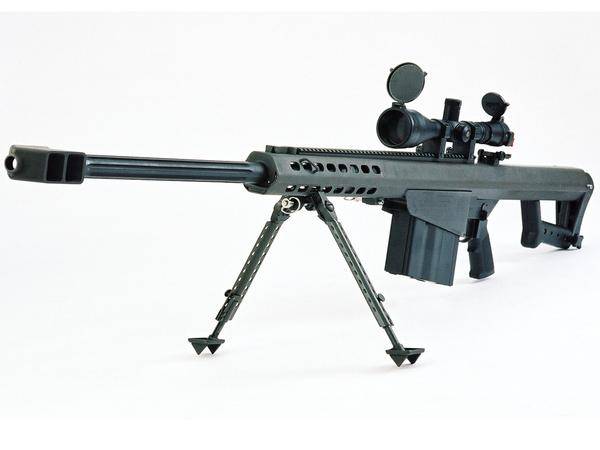 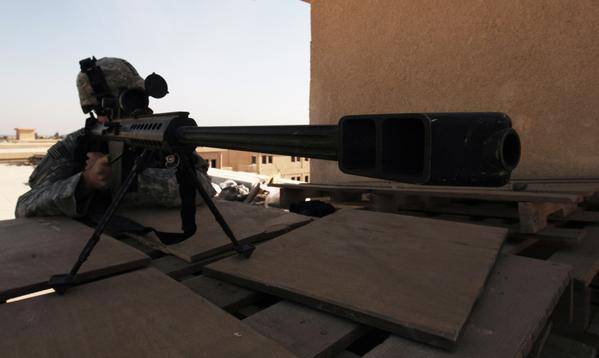 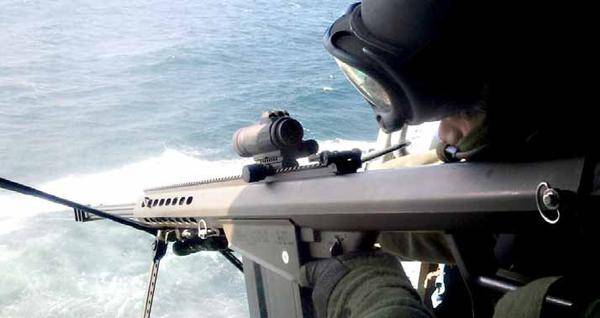 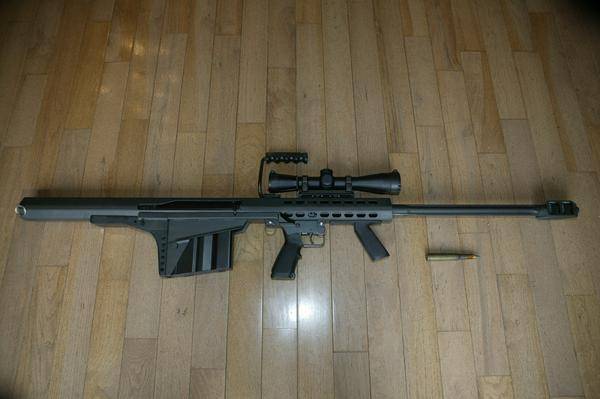 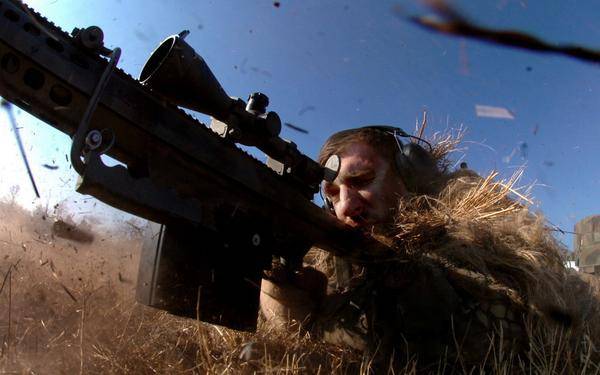 The M82 is a recoil-operated, semi-automatic anti-materiel rifle developed by the American Barrett Firearms Manufacturing company. A heavy SASR (Special Application Scoped Rifle), it is used by many units and armies around the world. It is also called the "Light Fifty" for its .50 BMG (12.7×99mm NATO) chambering. The weapon is found in two variants, the original M82A1 (and A3) and the bullpup M82A2. The M82A2 is no longer manufactured, though the XM500 can be seen as its successor.

The M82 is a short recoil semi-automatic firearm. When the gun is fired, the barrel initially recoils for a short distance (about 1 in or 25 mm), being securely locked by the rotating bolt. After the short travel, a post on the bolt engaged in the curved cam track in the receiver turns the bolt to unlock it from the barrel. As soon as the bolt unlocks, the accelerator arm strikes it back, transferring part of the recoil energy of the barrel to the bolt to achieve reliable cycling. Then the barrel is stopped and the bolt continues back, to extract and eject a spent case. On its return stroke, the bolt strips the fresh cartridge from the box magazine and feeds it into the chamber and finally locks itself to the barrel. The striker is also cocked on the return stroke of the bolt. The gun is fed from a large detachable box magazine holding up to 10 rounds, although a rare 12 round magazine was developed for use during Operation Desert Storm in 1991.

The receiver is made from two parts (upper and lower), stamped from sheet steel and connected by cross-pins. The heavy barrel is fluted to improve heat dissipation and save weight, and fitted with a large and effective reactive muzzle brake. On the earlier models the muzzle brakes had a round cross-section; later M82 rifles are equipped with two-chamber brakes of rectangular cross-section.

M82A1 rifles are fitted with scope mount and folding backup iron sights, should the glass scope break. The U.S. military M82 rifles are often equipped with Leupold Mark 4 telescopic sights. The M82A1M (USMC M82A3) rifles have long Picatinny accessory rails mounted and US Optics telescopic sights. Every M82 rifle is equipped with a folding carrying handle and a folding bipod (both are detachable on the M82A3). The M82A3 is also fitted with a detachable rear monopod under the butt. The buttpad is fitted with a soft recoil pad to further decrease the felt recoil. M82A1 and M82A3 rifles could be mounted on the M3 or M122 infantry tripods (originally intended for machine guns) or on vehicles using the special Barrett soft-mount. The M82A1 can be fitted with a carry sling but according to those who carried it in the field, the M82 is too uncomfortable to be carried on a sling due to its excessive length and heavy weight. It is usually carried in a special carry soft or hard case.