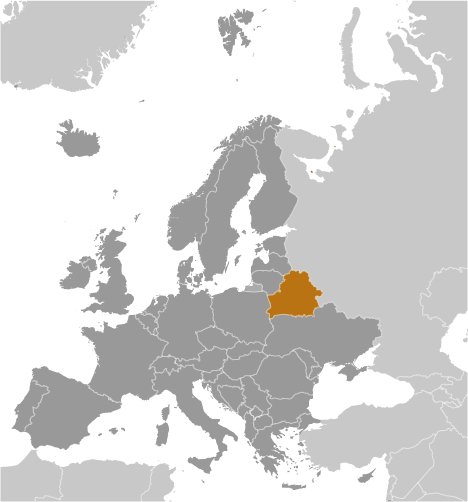 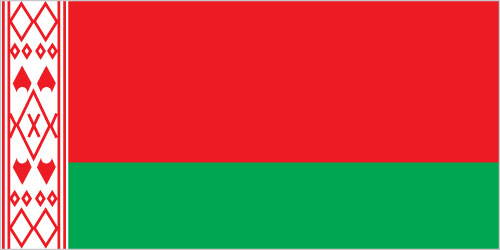 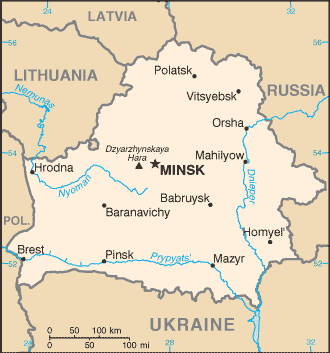 18-27 years of age for compulsory military service; conscript service obligation is 12-18 months, depending on academic qualifications; 17 year olds are eligible to become cadets at military higher education institutes, where they are classified as military personnel (2012)

country comparison to the world: 105

boundary demarcated with Latvia and Lithuania; Poland seeks enhanced demarcation and security along this Schengen hard border with financial assistance from the EU

tier rating: Tier 2 Watch List - Belarus does not fully comply with the minimum standards for the elimination of trafficking; however, it is making significant efforts to do so; the government demonstrates decreased law enforcement efforts, conducting fewer trafficking investigations and convicting only one trafficking offender; while two new anti-trafficking laws were passed, they have not been fully implemented and government services to victims remain very limited; the government continues its efforts to prevent trafficking through public awareness campaigns and NGO-operated anti-trafficking hotlines (2013)

limited cultivation of opium poppy and cannabis, mostly for the domestic market; transshipment point for illicit drugs to and via Russia, and to the Baltics and Western Europe; a small and lightly regulated financial center; anti-money-laundering legislation does not meet international standards and was weakened further when know-your-customer requirements were curtailed in 2008; few investigations or prosecutions of money-laundering activities (2008)