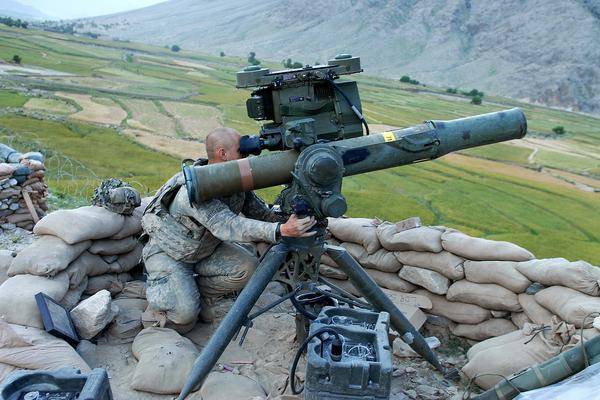 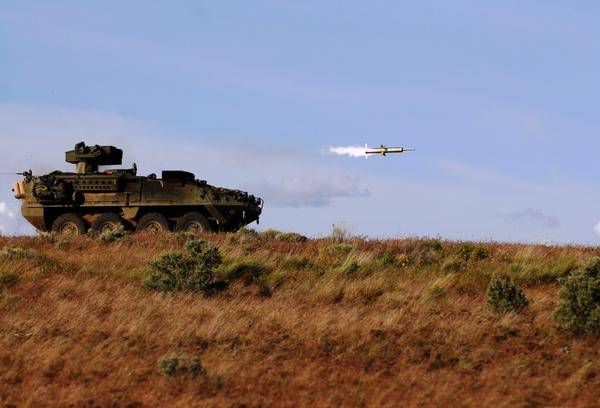 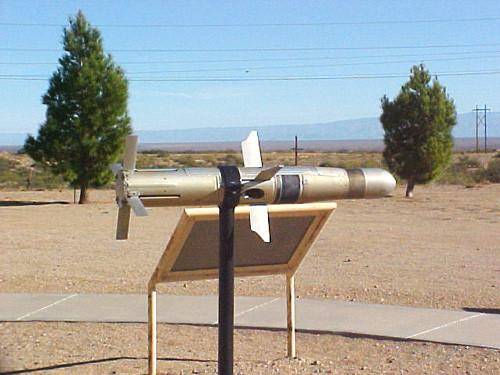 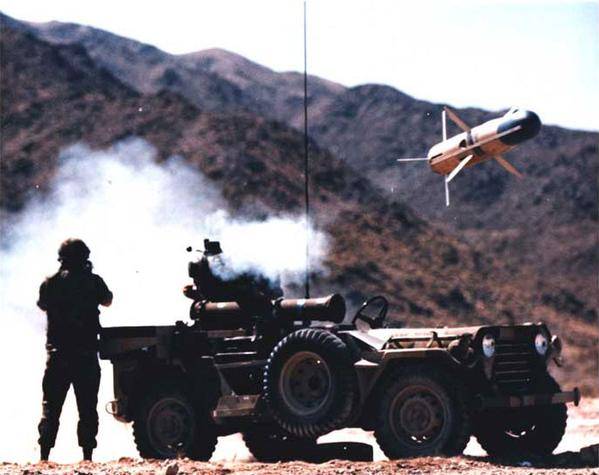 The BGM-71 TOW ("Tube-launched, Optically-tracked, Wire-guided") is an anti-tank missile. First produced in 1970, the TOW is one of the most widely used anti-tank guided missiles.

The TOW is designated as a BGM by the U.S. military: a multiple launch environment (B) surface attack (G) guided missile (M). The B launch environment prefix is used only when the system can be used essentially unmodified when launched from a variety of launch platforms.

The M151 and M220 launchers are used by infantry, but can also be mounted on a number of vehicles, including the M151 jeep, the M113 APC, the M966 HMMWV and the M1045 HMMWV (which replaced the M966). These launchers are theoretically man-portable, but are quite bulky. The updated M151 launcher was upgraded to include thermal optics to allow night time usage, and had been simplified to reduce weight. The M220 was specifically developed to handle the TOW-2 series.

TOW systems have also been developed for vehicle specific applications on the M2/M3 Bradley IFV/CFV, the LAV-AT, the M1134 Stryker ATGM carrier, and the now obsolete M901 ITV (Improved TOW Vehicle); they are generally referred to as TOW Under Armor (TUA).

In helicopter applications, the M65 system used by the AH-1 series is the primary system deployed, but the XM26 system was developed for the UH-1, and a system was put into development for the later canceled AH-56 helicopter.

The M41 TOW improved target acquisition system (ITAS) is a block upgrade to the M220 ground/high-mobility multipurpose wheeled vehicle (HMMWV)-mounted TOW 2 missile system. The TOW ITAS is currently being fielded to airborne, air assault, and light infantry forces throughout the active and reserve components of the U.S. Army and U.S. Marine Corps where it is called the SABER. The ITAS, in addition to providing better anti-armor capabilities to antitank units, also has capabilities that make it an integral part of the combined arms team. Even when organized in heavy—light task forces, where the preponderance of antiarmor capabilities traditionally has resided in the heavy elements, TOW ITAS-equipped antitank units can not only destroy threat targets but also provide superior reconnaissance, surveillance, and target acquisition (RSTA), rear area protection, and urban operations capabilities.