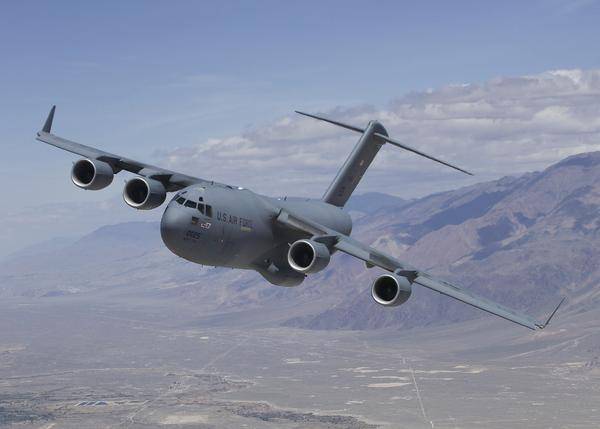 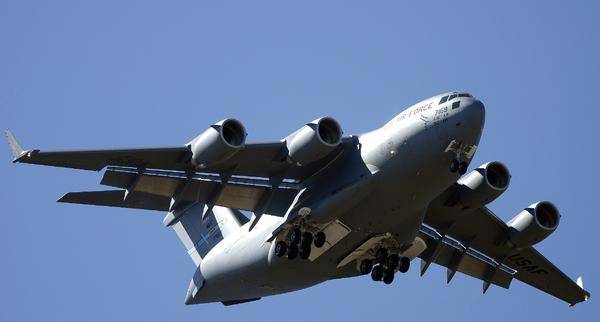 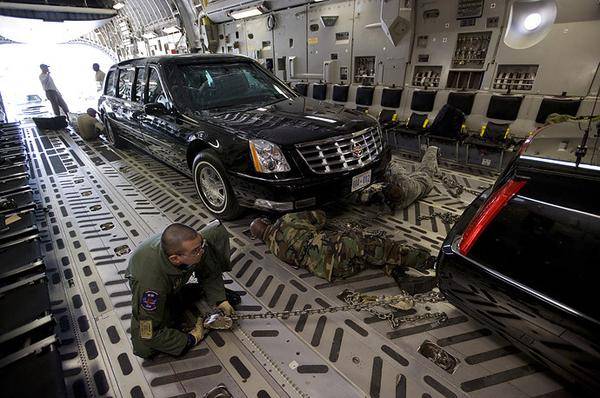 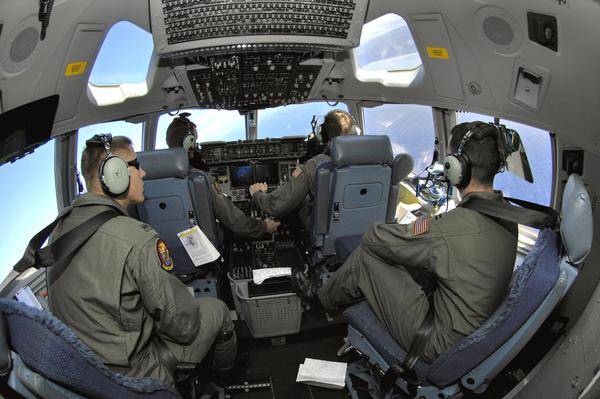 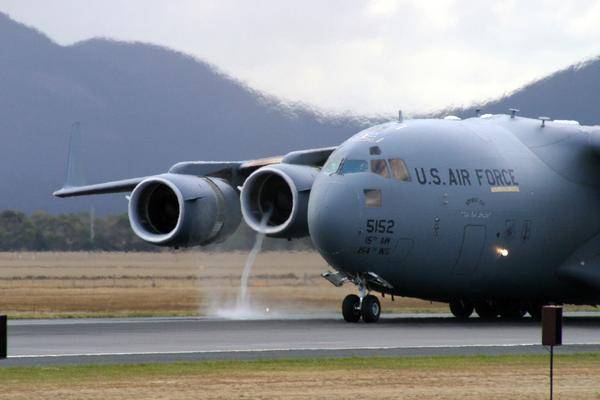 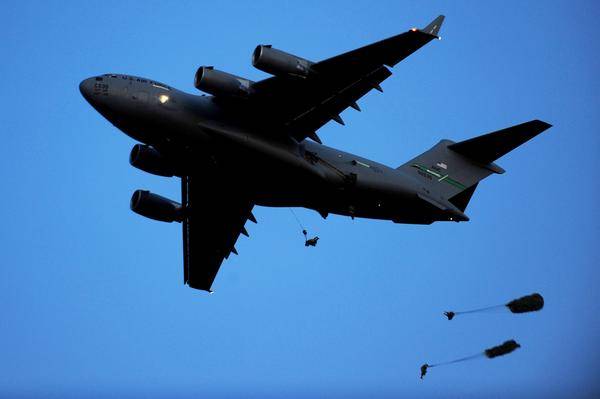 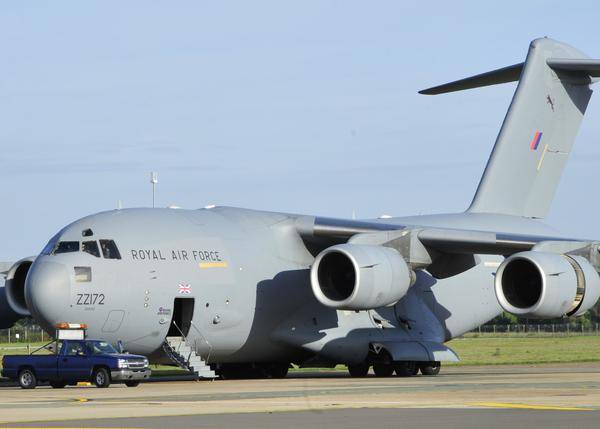 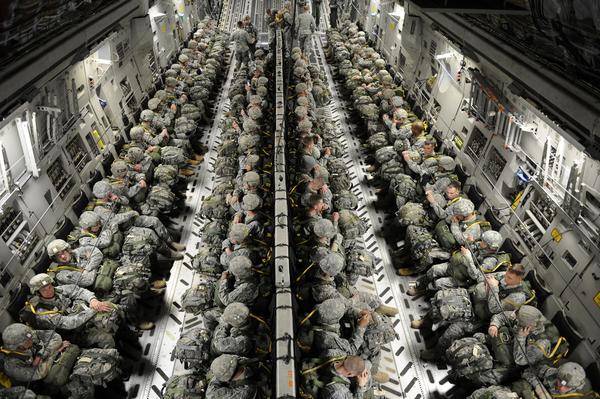 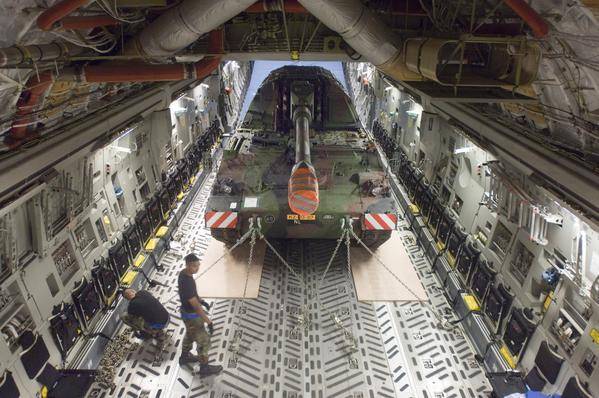 The Boeing C-17 Globemaster III is a large military transport aircraft. It was developed for the United States Air Force (USAF) from the 1980s to the early 1990s by McDonnell Douglas. The C-17 carries the name of two previous piston-engined military cargo aircraft, the Douglas C-74 Globemaster and the Douglas C-124 Globemaster II. The C-17 commonly performs strategic airlift missions, transporting troops and cargo throughout the world; additional roles include tactical airlift, medical evacuation and airdrop duties.

Boeing, which merged with McDonnell Douglas in the 1990s, continues to manufacture C-17s for export customers following the end of deliveries to the U.S. Air Force. The C-17 is operated by the U.S. Air Force, the United Kingdom, Australia, Canada, Qatar, United Arab Emirates, NATO Heavy Airlift Wing, and India.

The C-17 is 174 feet (53 m) long and has a wingspan of about 170 feet (52 m). It can airlift cargo fairly close to a battle area. The size and weight of U.S. mechanized firepower and equipment have grown in recent decades from increased air mobility requirements, particularly for large or heavy non-palletized outsize cargo.

The C-17 is powered by four Pratt & Whitney F117-PW-100 turbofan engines, which are based on the commercial Pratt and Whitney PW2040 used on the Boeing 757. Each engine is rated at 40,400 lbf (180 kN) of thrust. The engine's thrust reversers direct engine exhaust air upwards and forward, reducing the chances of foreign object damage by ingestion of runway debris, and providing enough reverse thrust to back the aircraft up on the ground while taxiing. The thrust reversers can also be used in flight at idle-reverse for added drag in maximum-rate descents.

The aircraft requires a crew of three (pilot, copilot, and loadmaster) for cargo operations. Cargo is loaded through a large aft ramp that accommodates rolling stock, such as a 69-ton (63-metric ton) M1 Abrams main battle tank, other armored vehicles, trucks, and trailers, along with palletized cargo. The cargo compartment is 88 feet (26.82 m) long by 18 feet (5.49 m) wide by 12 feet 4 inches (3.76 m) high. The cargo floor has rollers for palletized cargo that can be flipped to provide a flat floor suitable for vehicles and other rolling stock.

The C-17 is designed to operate from runways as short as 3,500 ft (1,064 m) and as narrow as 90 ft (27 m). In addition, the C-17 can operate from unpaved, unimproved runways (although with greater chance of damage to the aircraft). The thrust reversers can be used to back the aircraft and reverse direction on narrow taxiways using a three- (or more) point turn. C-17 in an Aeromedical Evacuation configuration