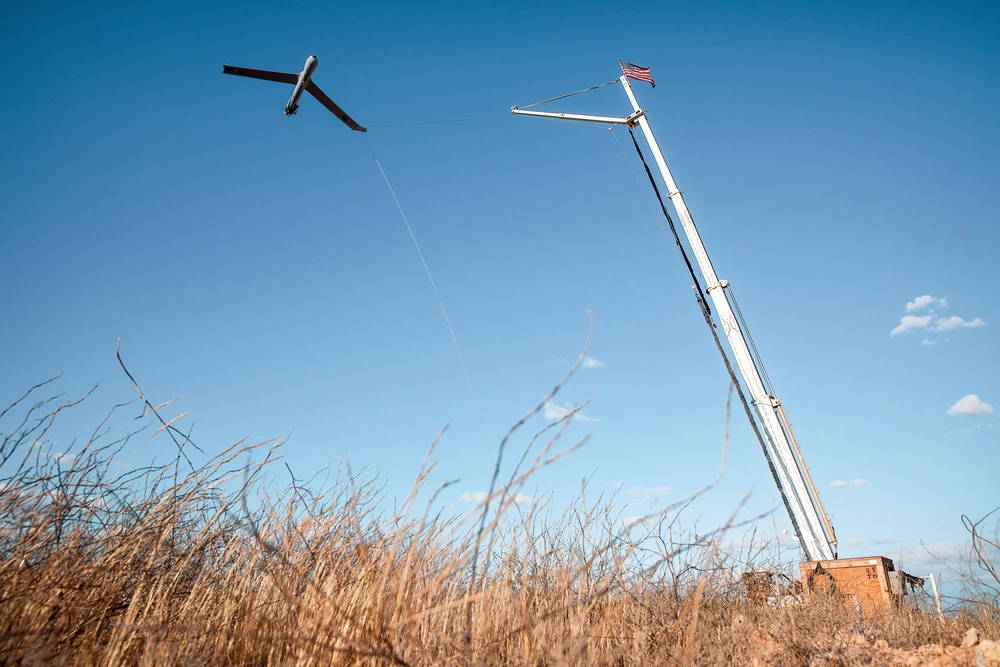 The Boeing Insitu ScanEagle is a small, low-cost, long-endurance unmanned aerial vehicle (UAV) built by Insitu, a subsidiary of Boeing. The ScanEagle was designed by Insitu based on the Insitu SeaScan, a commercial UAV that helped fishermen look for fish. The ScanEagle continues to be upgraded with improved technology and reliability.

ScanEagle is a descendant of another Insitu UAV, SeaScan, which was conceived of as a remote sensor for collecting weather data as well as helping commercial fishermen locate and track schools of tuna. ScanEagle emerged as the result of a strategic alliance between Boeing and Insitu. The resulting technology has been successful as a portable Unmanned Aerial System (UAS) for autonomous surveillance in the battlefield, and has been deployed since August 2004 in the Iraq War.

ScanEagle carries a stabilized electro-optical and/or infrared camera on a lightweight inertial stabilized turret system integrated with communications range over 62 miles (100 km), and flight endurance of 20+ hours. ScanEagle has a 10.2-foot (3.1 m) wingspan a length of 4.5 feet (1.4 m) and a mass of 44 pounds (20 kg) and can operate up to 80 knots (92 mph; 150 km/h), with an average cruising speed of 48 knots (55 mph; 89 km/h). Block D aircraft featured a higher-resolution camera, a custom-designed Mode C transponder and a new video system. A Block D aircraft, flying at Boeing's test range in Boardman, Oregon set a type endurance record of 22 hours, 8 minutes.

ScanEagle needs no airfield for deployment. Instead, it is launched using a pneumatic launcher, patented by Insitu, known as the "SuperWedge" launcher. It is recovered using the "Skyhook" retrieval system, which uses a hook on the end of the wingtip to catch a rope hanging from a 30-to-50-foot (9.1 to 15 m) pole. This is made possible by high-quality differential GPS units mounted on the top of the pole and UAV. The rope is attached to a shock cord to reduce stress on the airframe imposed by the abrupt stop.