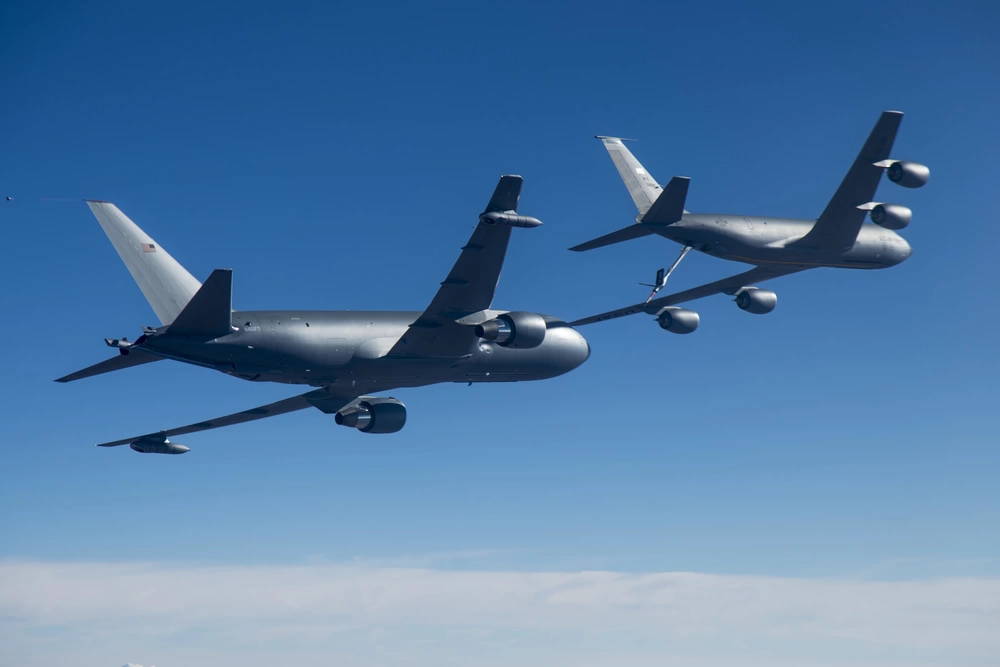 The Boeing KC-135 Stratotanker is a military aerial refueling aircraft. It and the Boeing 707 airliner were developed from the Boeing 367-80 prototype. The KC-135 was the US Air Force's first jet-powered refueling tanker and replaced the KC-97 Stratotanker. The Stratotanker was initially tasked to refuel strategic bombers, but was used extensively in the Vietnam War and later conflicts such as Operation Desert Storm to extend the range and endurance of US tactical fighters and bombers.

The KC-135 entered service with the United States Air Force (USAF) in 1957; it is one of six military fixed-wing aircraft with over 50 years of continuous service with its original operator. The KC-135 is supplemented by the larger KC-10. Despite increased maintenance costs, studies conclude many of the aircraft could be flown until 2040. The aircraft will eventually be replaced by the Boeing KC-46. Flight deck of KC-135R; instrument panel has been modified under the Pacer-CRAG program

The KC-135R has four turbofan engines, mounted under 35-degree swept wings, which power it to takeoffs at gross weights up to 322,500 pounds (146,300 kg). Nearly all internal fuel can be pumped through the tanker's flying boom, the KC-135's primary fuel transfer method. A special shuttlecock-shaped drogue, attached to and trailing behind the flying boom, may be used to refuel aircraft fitted with probes. A boom operator stationed in the rear of the aircraft controls the boom while lying prone. A cargo deck above the refueling system can hold a mixed load of passengers and cargo. Depending on fuel storage configuration, the KC-135 can carry up to 83,000 pounds (38,000 kg) of cargo.