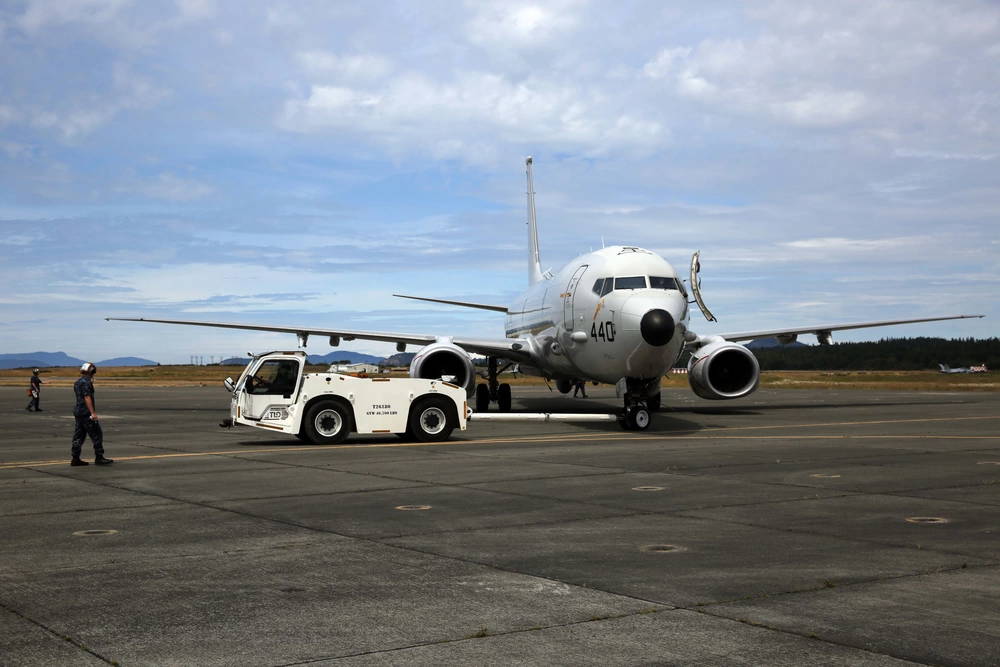 The Boeing P-8 Poseidon (formerly the Multimission Maritime Aircraft or MMA) is a military aircraft currently being developed for the United States Navy (USN). The aircraft is being developed by Boeing Defense, Space & Security, modified from the 737-800.

The P-8 is intended to conduct anti-submarine warfare (ASW) and shipping interdiction and to engage in an electronic intelligence(ELINT) role. This will involve carrying torpedoes, depth charges, SLAM-ER, Harpoon anti-ship missiles, and other weapons. It will also be able to drop and monitor sonobuoys. It is designed to operate in conjunction with the Broad Area Maritime Surveillance unmanned aerial vehicle. The P-8 has also been ordered by the Indian Navy.

The P-8 is a militarized version of the 737-800 with 737-900-based wings. The airframe uses a 737-800-based fuselage that is similar to but longer than the 737-700-based C-40 Clipper. The P-8 has a strengthened fuselage and 767-400ER-style raked wingtips, instead of the blended winglets available on 737NG variants. The five operator stations (two Naval Flight Officers plus three enlisted Aviation Warfare Operators/Naval Aircrewman) are mounted in a sideways row, along the port side of the cabin. None of these crew stations have windows. One observer window is located on each side of the forward cabin.

The P-8 features the Raytheon APY-10 multi-mission surface search radar. The P-8I will feature an international version of the APY-10. A short bomb bay for torpedoes and other stores opens behind the wing. The aircraft also includes six additional body fuel tanks for extended range from Marshall Aerospace; three of the tanks are located in the forward cargo compartment and three in the rear. In-flight refueling is via a receptacle on top of the forward fuselage, just aft of the cockpit. This receptacle will receive a flying boom that is typically used to refuel US Air Force aircraft, as opposed to the hose-and-drogue system used by other US Navy aircraft. In order to power the additional electronics, the P-8 has a 180kVA electric generator on each engine instead of the 90kVA generator found on civilian 737s. This required a redesign of the nacelles and their mountings to the wings.

In U.S. service, the Poseidon will be complemented by around 40 MQ-4C Triton UAVs for the Broad Area Maritime Surveillance system to provide continuous surveillance. Because of the cancellation of Lockheed Martin's Aerial Common Sensor project, Boeing will propose a signals intelligence variant of the P-8 to service the requirement for the U.S. Navy.