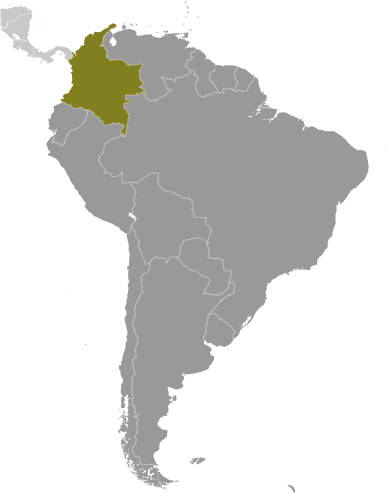 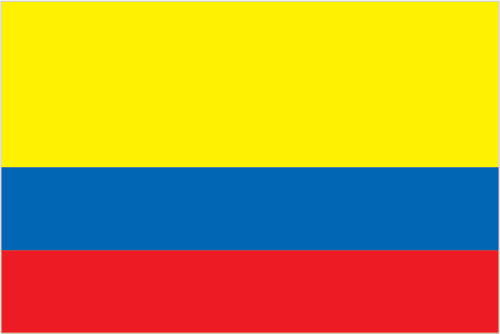 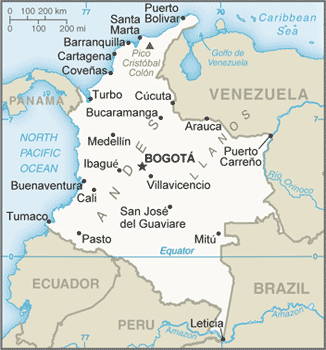 18-24 years of age for compulsory and voluntary military service; service obligation is 18 months (2012)

country comparison to the world:  27

in December 2007, ICJ allocated San Andres, Providencia, and Santa Catalina islands to Colombia under 1928 Treaty but did not rule on 82 degrees W meridian as maritime boundary with Nicaragua; managed dispute with Venezuela over maritime boundary and Venezuelan-administered Los Monjes Islands near the Gulf of Venezuela; Colombian-organized illegal narcotics, guerrilla, and paramilitary activities penetrate all neighboring borders and have caused Colombian citizens to flee mostly into neighboring countries; Colombia, Honduras, Nicaragua, Jamaica, and the US assert various claims to Bajo Nuevo and Serranilla Bank

illicit producer of coca, opium poppy, and cannabis; world's leading coca cultivator with 83,000 hectares in coca cultivation in 2011, a 17% decrease over 2010, producing a potential of 195 mt of pure cocaine; the world's largest producer of coca derivatives; supplies cocaine to nearly all of the US market and the great majority of other international drug markets; in 2012, aerial eradication dispensed herbicide to treat over 100,549 hectares combined with manual eradication of 30,486 hectares; a significant portion of narcotics proceeds are either laundered or invested in Colombia through the black market peso exchange; important supplier of heroin to the US market; opium poppy cultivation is estimated to have fallen to 1,100 hectares in 2009 while pure heroin production declined to 2.1 mt; most Colombian heroin is destined for the US market (2008)