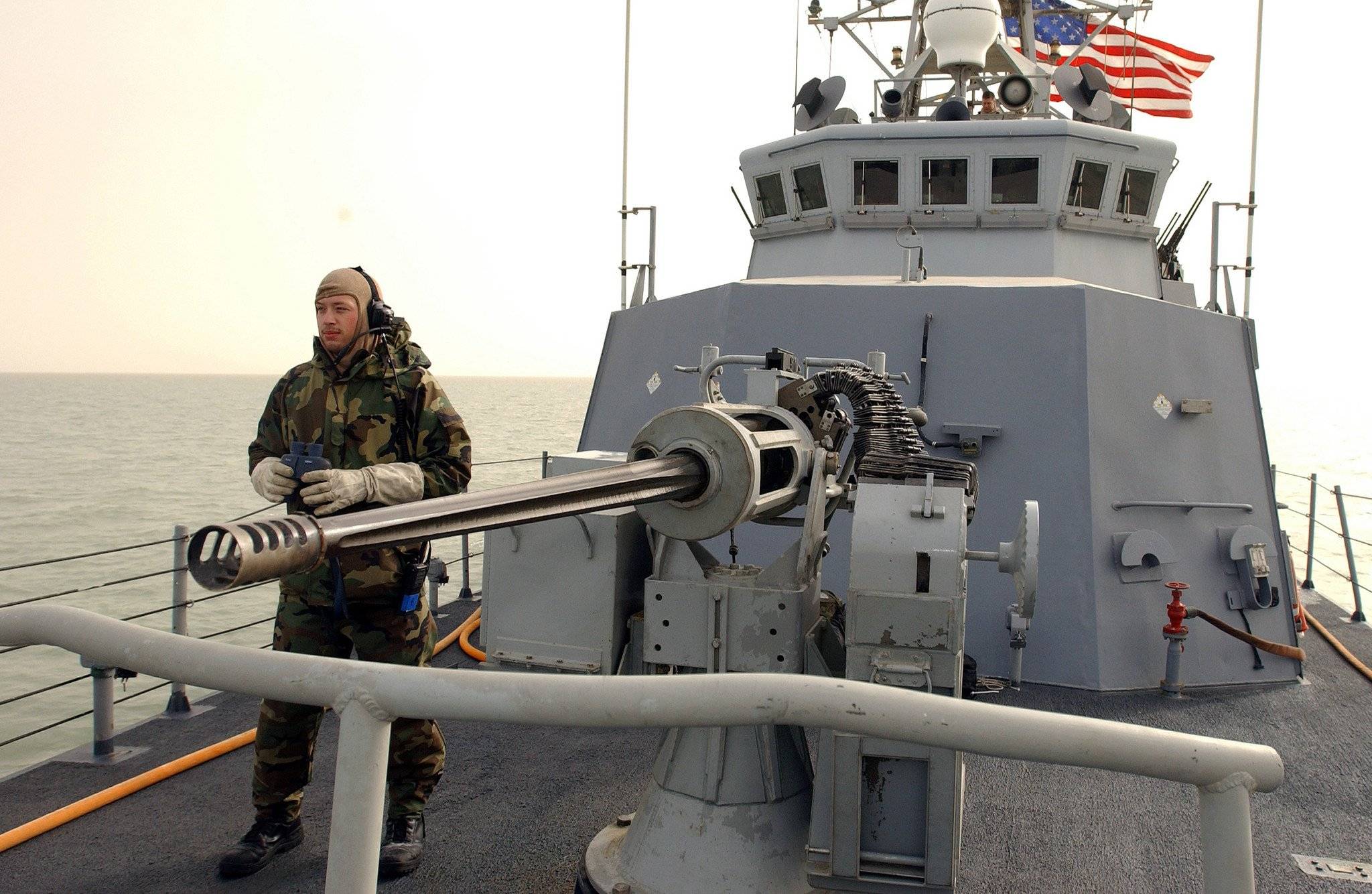 The Cyclone-class patrol ships are a class of United States Navy coastal patrol boats. Most of these ships were launched between 1992 and 1994. The primary mission of these ships is coastal patrol and interdiction surveillance, an important aspect of littoral operations outlined in the Navy's strategy, "Forward...From the Sea." These ships also provide full mission support for U.S. Navy SEALs and other special operations forces.

The Cyclone class ships are assigned to Naval Special Warfare. Of the thirteen ships, nine originally operated out of the Naval Amphibious Base Little Creek, Norfolk, Virginia, and four originally operated from the Naval Amphibious Base Coronado. These ships provide the Naval Special Warfare Command with a fast, reliable platform that can respond to emergent requirements in a low intensity conflict environment. Three hulls were decommissioned and loaned to the United States Coast Guard to be returned to the Navy in 2011, and one was transferred to the Philippine Navy. Shamal, Tornado and Zephyr were returned to the U.S. Navy in 2011 and placed back in commission.

The hulls on loan to the US Coast Guard are used in a variety of roles, including search and rescue, interception, boarding, and inspection of foreign freighters arriving at US ports.

In September 2010, the decision was made to recall all of the remaining ships of the class due to fatigue damage to their hulls. The class was designed for a lifespan of roughly 15 years. All but the newest member of the class, Tornado, have been in service longer. The vessels will be inspected and a decision will be made whether to refit them or to decommission the ships.

As of 2013, eight of the US Navy's thirteen Cyclone-class patrol ships were deployed to the Persian Gulf to deal with a potential conflict with Iran. With two additional ships scheduled to shift to the Persian Gulf in 2014, the remaining three ships of the class are slated to be transferred to Naval Station Mayport in Florida to work primarily with drug interdiction work with U.S. Naval Forces Southern Command(USNAVSO) / U.S. Fourth Fleet.

In the 1980s, the US Navy developed a requirement for a replacement for the PB Mk III small (65 ft) Vietnam War-era patrol boats used to transport SEAL teams. The first attempt to replace the PB Mk IIIs led to an order being placed in 1984 for a stealthy surface effect ship, the Special Warfare Craft, Medium, or SWCM, with a length of about 83 feet (25 m) and a displacement of 150 long tons (150 t). The SWCM, nicknamed "Sea Viking", was a failure, however, and construction of the prototype was abandoned in 1987.

After the failure of the innovative SWCM, it was decided to replace the PB Mk IIIs with a simple development of an existing design rather than wait for an entirely new design to be produced and developed. Bollinger Shipyards proposed a development of the Vosper Thornycroft Province-class fast patrol boat built for Oman and Kenya, and this was selected by the US Navy.

At 52.82 metres (173.3 ft), the new design, at first designated PBC (Patrol Boat Coastal), and later PC, was much larger than the boats that they were to replace. It was planned to build 16 PBC to replace the 17 PB Mk IIIs, with first deliveries expected in 1991. The program was stopped at 14 boats, however, as it was realised that the PC was too large for the SEAL delivery role.