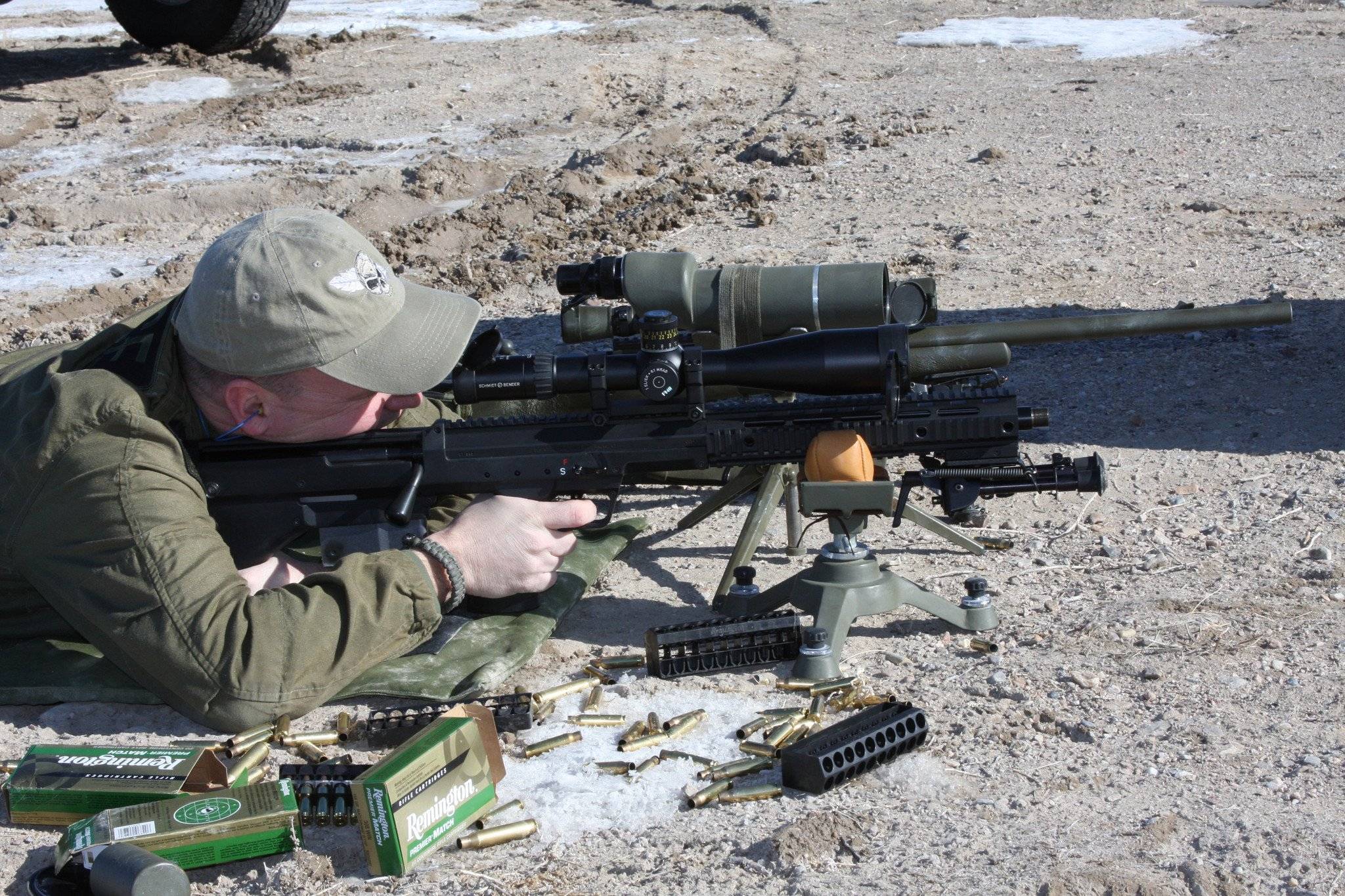 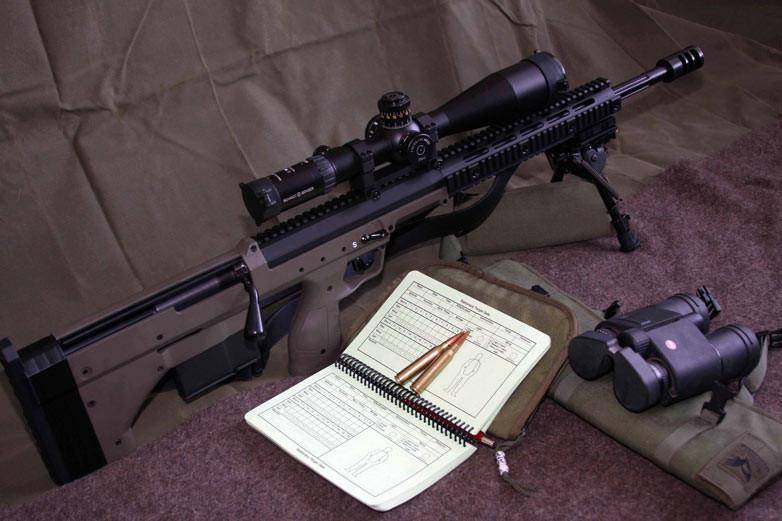 The Stealth Recon Scout (SRS) is bolt-action sniper rifle developed by the American firearm manufacturer Desert Tactical Arms. It was unveiled at the 2008 SHOT Show.

The Stealth Recon Scout is notably unusual in that it is one of the few sniper rifles that has a bullpup bolt-action layout. This gives the rifle a relatively compact design; claimed to be 11 inches (280 mm) shorter than conventional sniper rifles. Because of the bullpup layout, the magazine and bolt are behind the pistol grip, and therefore the operation is slightly different to most other conventional designs. This layout also shifts more weight to the rear of the rifle; the manufacturer claims that this creates a central balancing point.The sling points are balanced with the centerline of the weapon to ensure it lies flat when slung. The rear support grip cheekrest is optimized with the height of the scope and eye alignment, removing the need for an adjustable cheekpiece. A raised, contoured buttpad helps to seat it more securely into the shooter's shoulder.