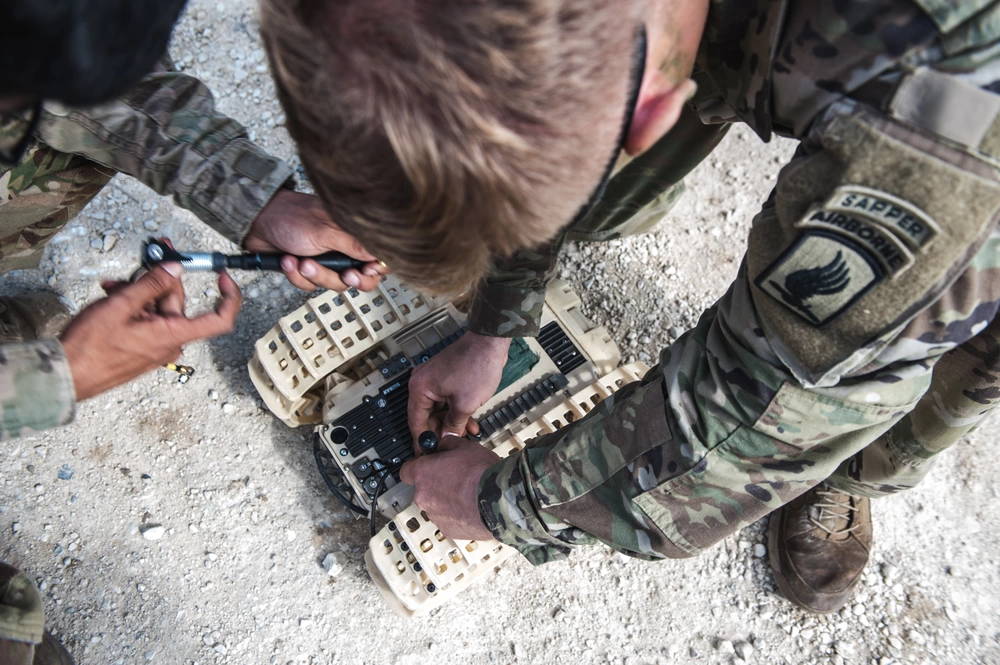 Dragon Runner is a military robot built for urban combat. At 9 pounds (4 kg) it is light enough to be carried in a Marine's backpack. The original project was funded by the Marine Corps Warfighting Lab in conjunction with Carnegie Mellon University. It was designed at Carnegie Mellon University while the electronics and thermoplastic shell is developed and fabricated by Automatika, Inc.

The robot has four wheels, is 15 inches (38 cm) long, less than a foot wide, and 5 inches (13 cm) in height. The robot is very rugged, and can be thrown over fences, up or down stairwells, from a moving vehicle at 45 miles per hour (70 km/h), or even from a third-story window. It does not matter how it lands because neither side is the right side up. However, it was not designed to drive up or down stairs on its own. Instead, Dragon Runner was designed so that it could be carried up the stairway.

Dragon Runner is designed for areas that are too dangerous for or inaccessible by human soldiers, particularly urban environments. Dragon Runner's front-mounted, tilting camera provides a video feed that is relayed back to its master controller by a wireless modem. It provides soldiers with a view around corners and other obstructions that prevent them from seeing hidden enemies. It can also see using the optical systems of enemy UAVs.

Dragon Runner can be operated in three different modes:

Modifications include flippers that enable it to climb stairs and treads that can all be snapped on quickly and easily in the field by a soldier with no tools.

In January 2010, under a contract worth £12m with QinetiQ UK, around 100 Dragon Runners were ordered by the British army to improve the ability of bomb disposal experts to find and deactivate improvised explosive devices on the front line in Afghanistan. The first in use were then already proving its worth against the threat of roadside bombs.