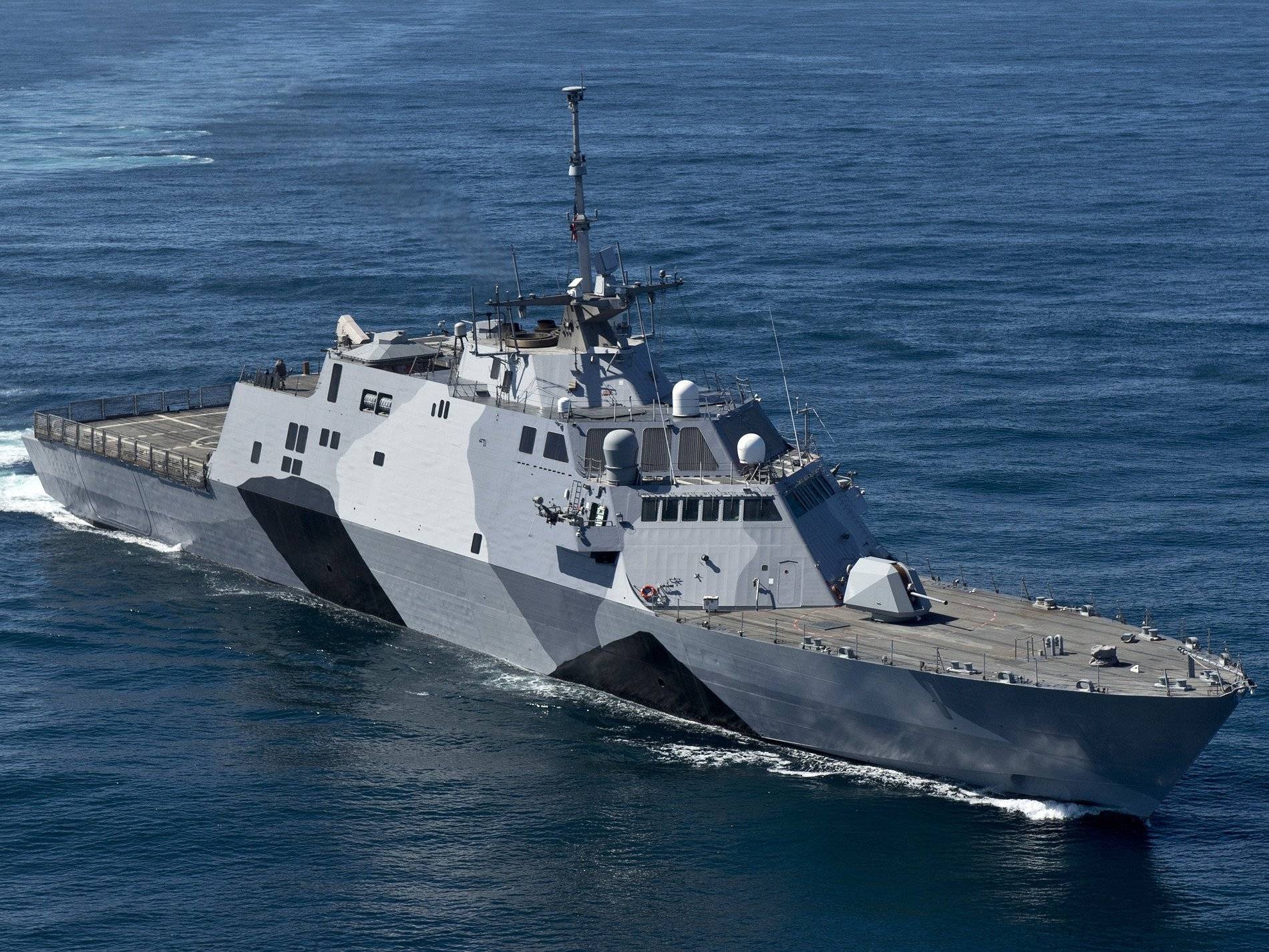 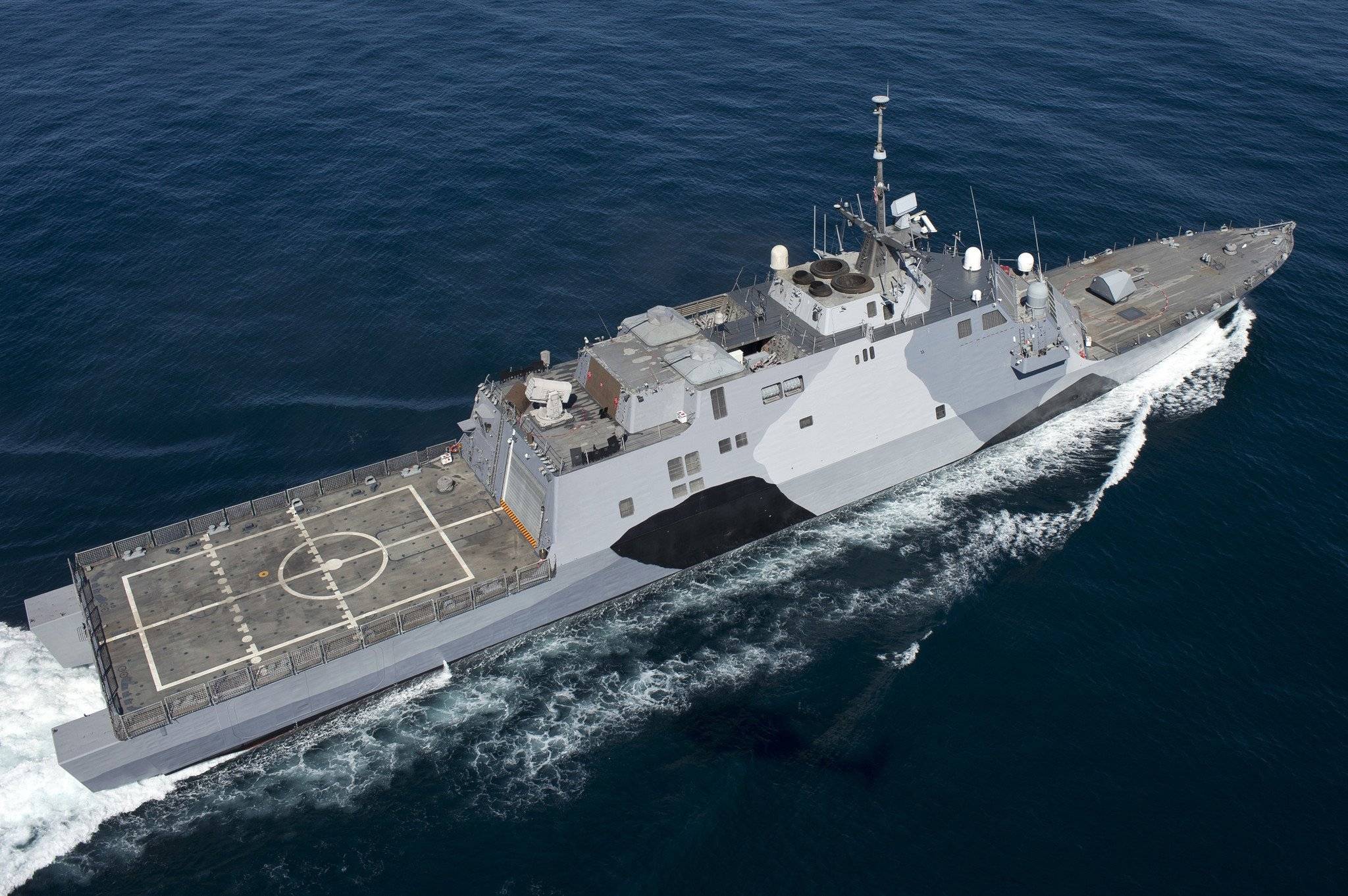 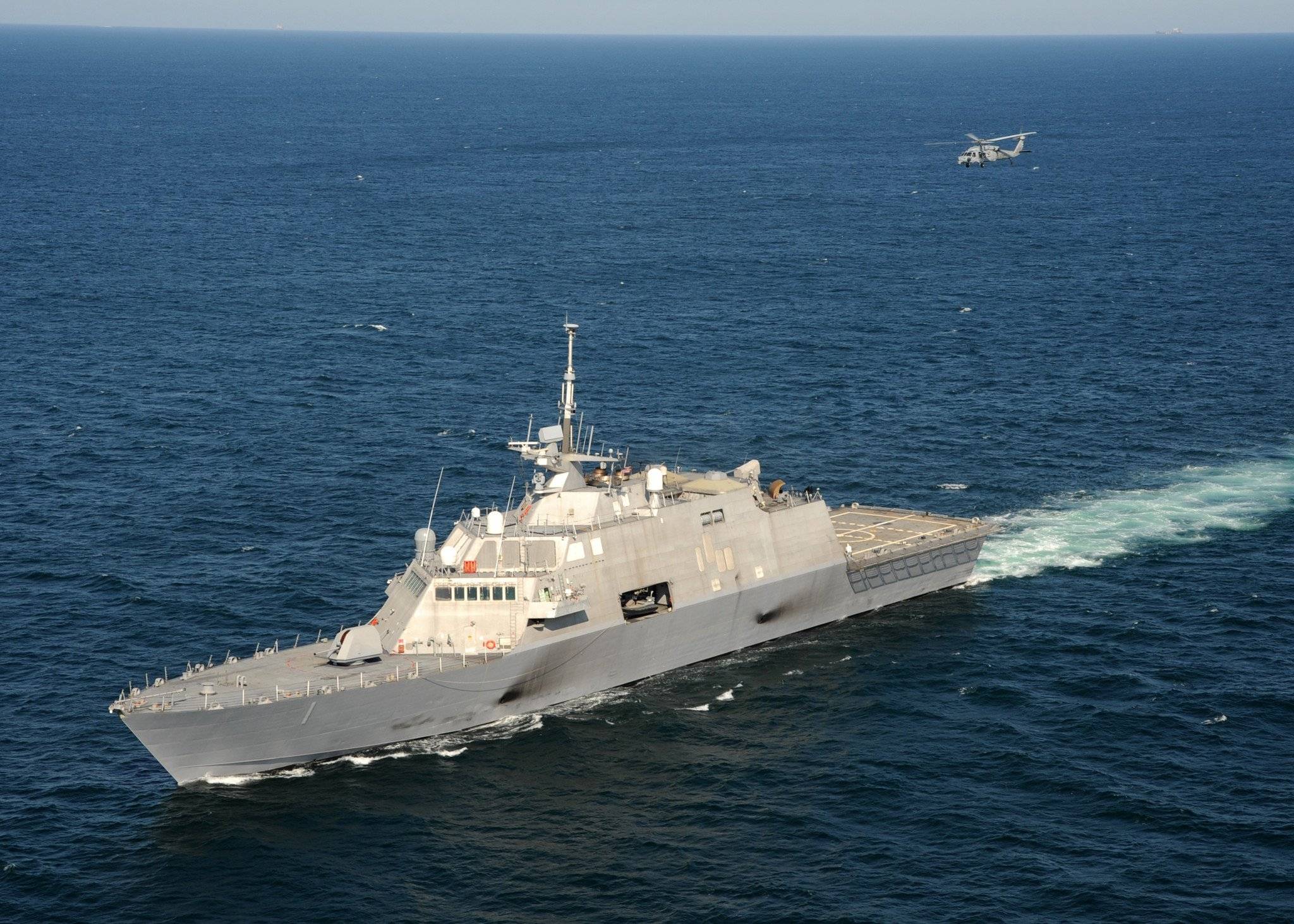 The Freedom class is one of two classes of littoral combat ship built for the United States Navy.

The Freedom class was proposed by Lockheed Martin as a contender for USN plans to build a fleet of small, multipurpose warships to operate in the littoral zone. Two ships were approved, to compete with the Independence variant design offered by General Dynamics and Austal for a construction contract of up to 55 vessels.

As of 2011, the lead ship is active, while a second ship is finishing trials and a third is under construction. Despite initial plans to only accept one of the Freedom and Independence variants, the USN has requested that Congress order ten ships of each variant.

The ship is a semi-planing steel monohull with an aluminum superstructure. It is 377 feet (115 m) in length, displaces 2,950 metric tons, and can go faster than 45 knots (83 km/h; 52 mph). The design incorporates a large reconfigurable seaframe to allow rapidly interchangeable mission modules, a flight deck with integrated helicopter launch, recovery and handling system and the capability to launch and recover boats (manned and unmanned) from both the stern and side.

The flight deck is 1.5 times the size of that of a standard surface ship, and uses a Trigon traversing system to move helicopters in and out of the hangar. The ship has two ways to launch and recover various mission packages: a stern ramp and a starboard side door near the waterline. The mission module bay has a 3-axis crane for positioning modules or cargo. Problems with the ramp and boat handling equipment are the most serious problems with the Freedom class.

The fore deck has a modular weapons zone which can be used for a 57 mm gun turret or missile launcher. A Rolling Airframe Missile launcher is mounted above the hangar for short-range defense against aircraft and cruise missiles, and .50-caliber gun mounts are provided topside. The Fleet-class unmanned surface vessel is designed for operations from Freedom variant ships.

The core crew will be 40 sailors, usually joined by a mission package crew and an aviation detachment for a total crew of about 75. Automation allows a reduced crew, which greatly reduces operating costs, but workload can still be "gruelling". During testing of the class lead, two ship's companies will rotate on four-month assignments.

The Congressional Budget Office estimates that fuel will account for only "8 percent to 18 percent" of the total life-cycle costs for Freedom. Senator Jeff Sessions of Alabama has called the report into question and has suggested that the Independence, built in his state, would be more fuel efficient and that less frequent refueling would have an impact on military operations beyond the cost of fuel.