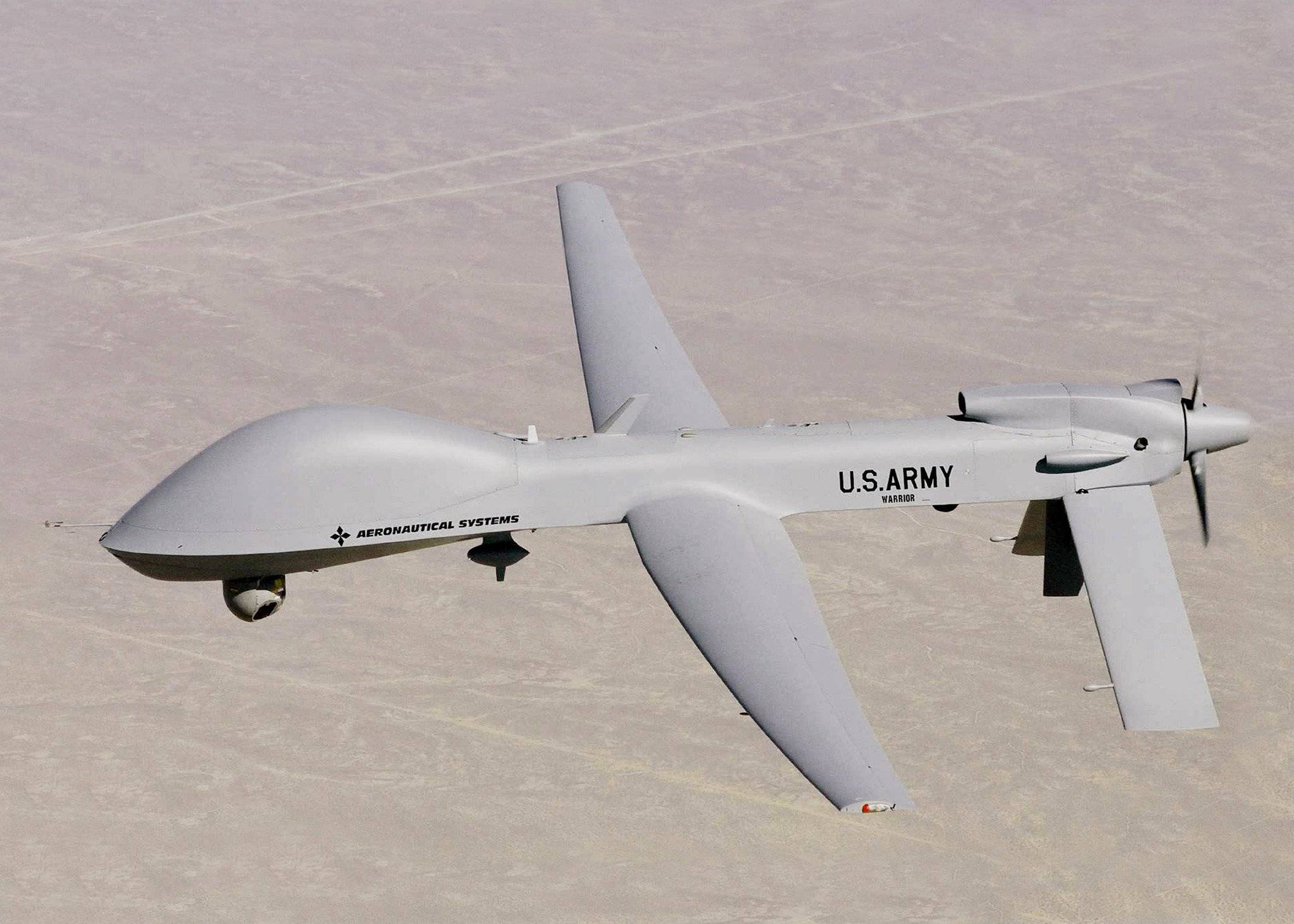 A Medium-Altitude Long-Endurance (MALE) UAV, the Gray Eagle has an increased wingspan and is powered by a Thielert Centurion 1.7 Heavy Fuel Engine (HFE). This is a Diesel piston engine that burns jet fuel, giving the aircraft better performance at high altitudes. It will be capable of operating for 36 hours at altitudes up to 25,000 feet (7,600 m), with an operating range of 200 nautical miles (400 km).

The aircraft's nose fairing has been enlarged to house a Synthetic Aperture Radar/Ground Moving Target Indicator (SAR-GMTI) system, and targeting is also provided with an AN/AAS-52 Multi-spectral Targeting System (MTS) under the nose. The aircraft can carry a payload of 800 pounds (360 kg) and may be armed with weapons such as AGM-114 Hellfire missiles and GBU-44/B Viper Strike guided bombs.