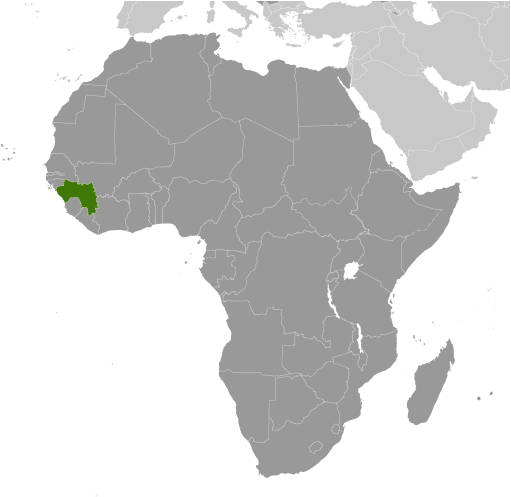 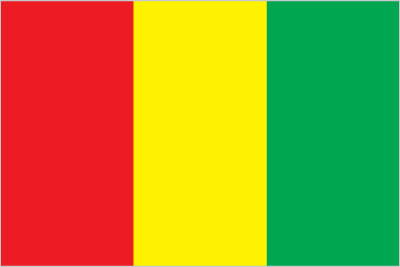 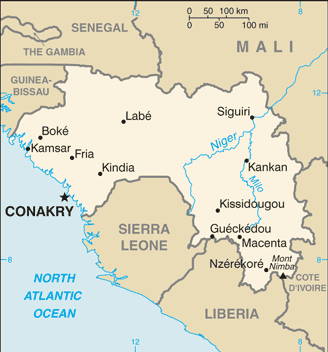 country comparison to the world: 35

conflicts among rebel groups, warlords, and youth gangs in neighboring states have spilled over into Guinea resulting in domestic instability; Sierra Leone considers Guinea's definition of the flood plain limits to define the left bank boundary of the Makona and Moa rivers excessive and protests Guinea's continued occupation of these lands, including the hamlet of Yenga, occupied since 1998

current situation: Guinea is a source, transit, and, to a lesser extent, a destination country for men, women, and children subjected to forced labor and sex trafficking; the majority of trafficking victims are Guinean children; Guinean girls are subjected to domestic servitude and commercial sexual exploitation, while boys are forced to beg, work as street vendors or shoe shiners, or miners; some Guinean children are forced to mine in Senegal, Mali, and possibly other West African countries; Guinean women and girls are subjected to domestic servitude and sex trafficking in Nigeria, Cote d'Ivoire, Benin, Senegal, Greece, and Spain, while Chinese and Vietnamese women are reportedly forced into prostitution in Guinea

tier rating: Tier 2 Watch List - Guinea does not fully comply with the minimum standards for the elimination of trafficking; however, it is making significant efforts to do so; a new police unit has been created to focus on human trafficking and child labor; the government has initiated five new trafficking investigations but has failed to prosecute or convict any trafficking offenders, which represents a decrease in anti-trafficking law enforcement over the previous year; the government fails to provide victims with protective services and has not supported NGOs that assist victims but continues to refer child victims to NGOs on an ad hoc basis; Guinean law does not prohibit all forms of trafficking, excluding, for example, forced prostitution of adults and debt bondage, which are not criminalized (2013)