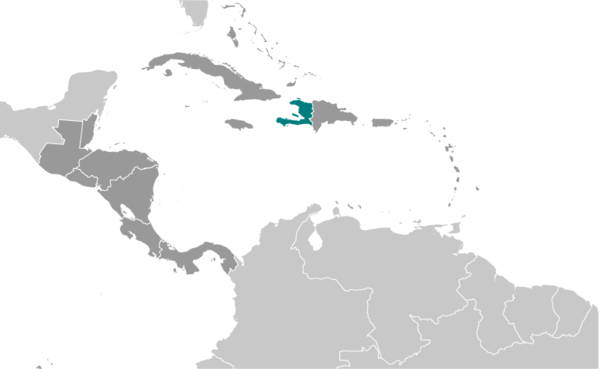 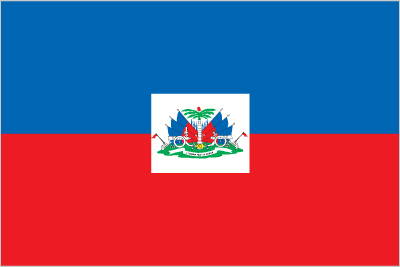 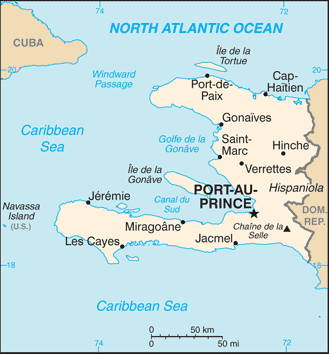 no regular military forces - small Coast Guard; a Ministry of National Defense established May 2012; the regular Haitian Armed Forces (FAdH) - Army, Navy, and Air Force - have been demobilized but still exist on paper until or unless they are constitutionally abolished (2011)

country comparison to the world: 166

since 2004, peacekeepers from the UN Stabilization Mission in Haiti have assisted in maintaining civil order in Haiti; the mission currently includes 6,685 military, 2,607 police, and 443 civilian personnel; despite efforts to control illegal migration, Haitians cross into the Dominican Republic and sail to neighboring countries; Haiti claims US-administered Navassa Island

IDPs: 357,785 (includes only IDPs from the 2010 earthquake living in camps or camp-like situations; information is lacking about IDPs living outside camps or who have left camps) (2012)

current situation: Haiti is a source, transit, and destination country for men, women, and children subjected to forced labor and sex trafficking; many of Haiti's trafficking cases involve children recruited to live with families in other towns in the hope of going to school but who instead become forced domestic servants known as restaveks; restaveks are vulnerable to abuse and make up a large proportion of Haiti's population of street children, who are forced into prostitution, begging, and street crime by violent gangs; Haitians are exploited in forced labor in the Dominican Republic, elsewhere in the Caribbean, and the US, and some Dominican women are forced into prostitution in Haiti; women and children living in camps for internally displaced people are at increased risk of sex trafficking and forced labor

tier rating: Tier 2 Watch List - Haiti does not fully comply with the minimum standards for the elimination of trafficking; however, it is making significant efforts to do so; the government has made no discernible progress in prosecuting trafficking offenders largely because Haiti does not have a law specifically prohibiting human trafficking; the government does not provide direct or specialized services for trafficking victims and refers suspected victims to donor-funded NGOs, which provide shelter, food, medical, and psychosocial support; no proactive identification or assistance for adult victims was reported; an inter-ministerial working-group on human trafficking and a national commission for the elimination of the worst forms of child labor hae been created (2013)