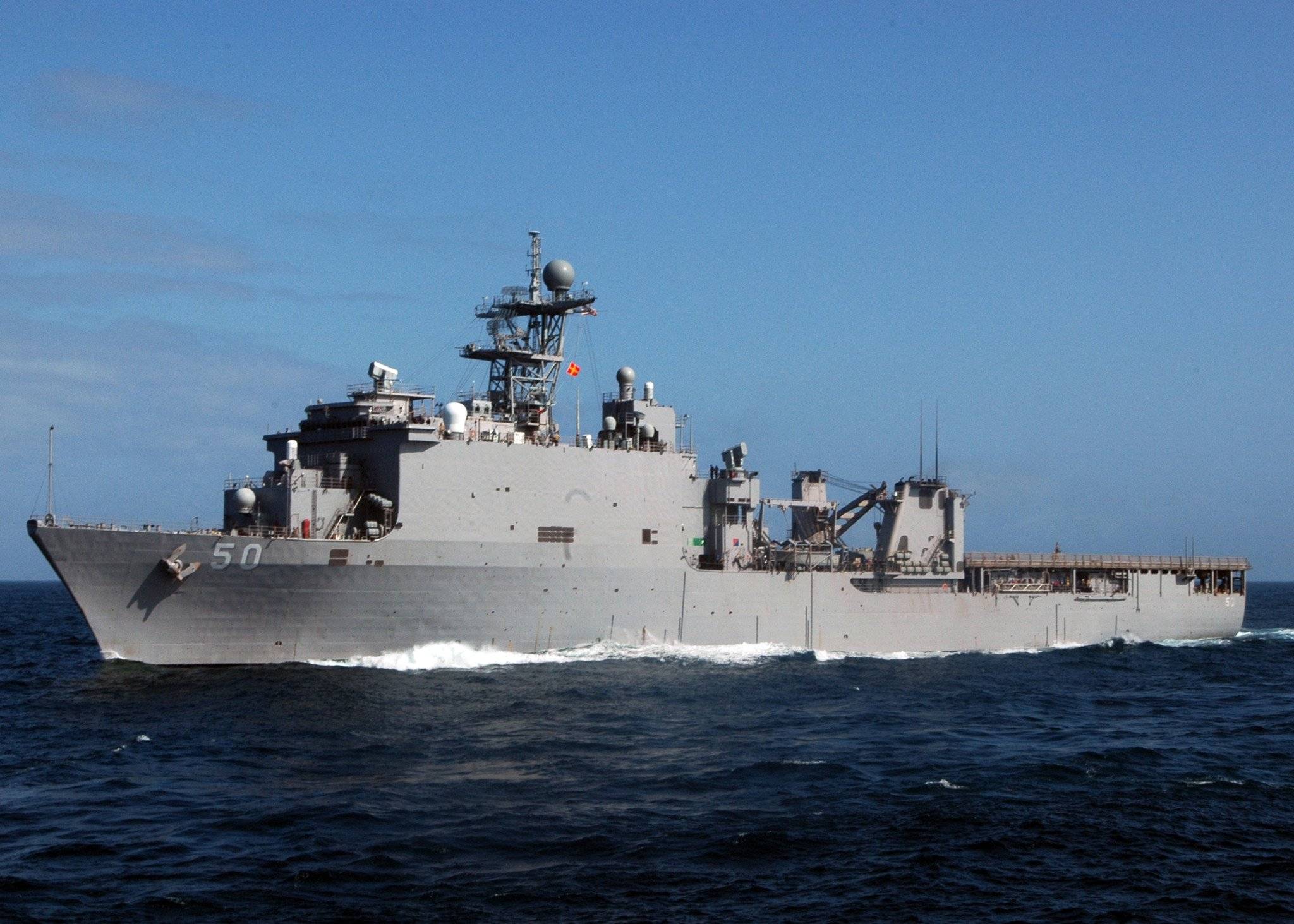 The Harpers Ferry-class of the United States Navy is a class of dock landing ships completed in the early 1990s. Modified from the Whidbey Island class, it sacrifices landing craft capacity for more cargo space, making it closer to an amphibious transport dock type, but was not designated as such. Externally, the two classes can be told apart by the order of weapons. The Harper's Ferry type has the Phalanx CIWS mounted forward, and the RAM launcher on top of the bridge, while the Whidbey Island has the opposite arrangement.

All ships of the class are scheduled to undergo a midlife upgrade to ensure they remain in service through 2038. The ships will be upgraded each year through 2013, and the last ship will be modernized in 2014. Ships homeported on the East Coast will undergo upgrades at Metro Machine Corp., and ships based on the West Coast will receive upgrades at General Dynamics National Steel and Shipbuilding Company in San Diego.