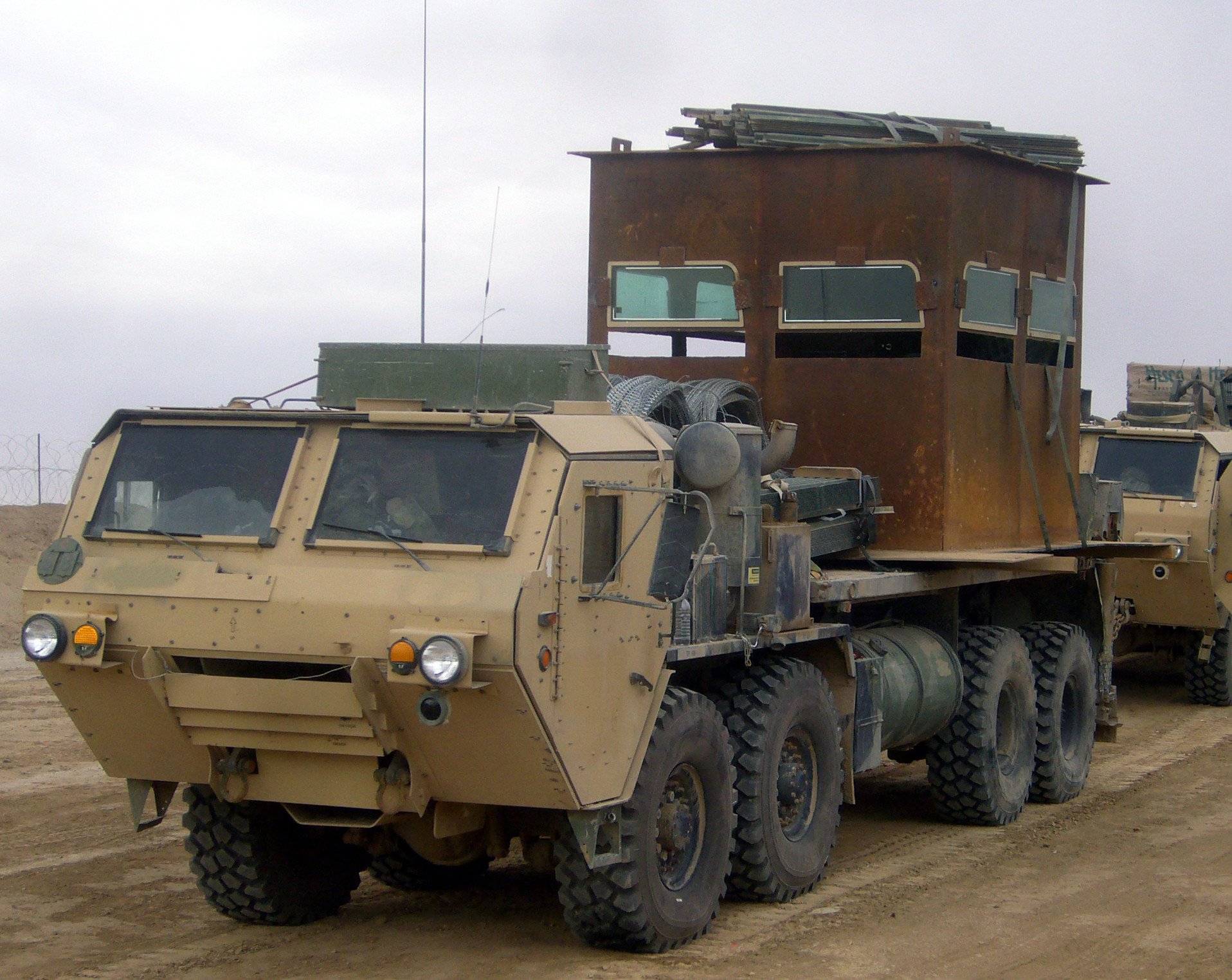 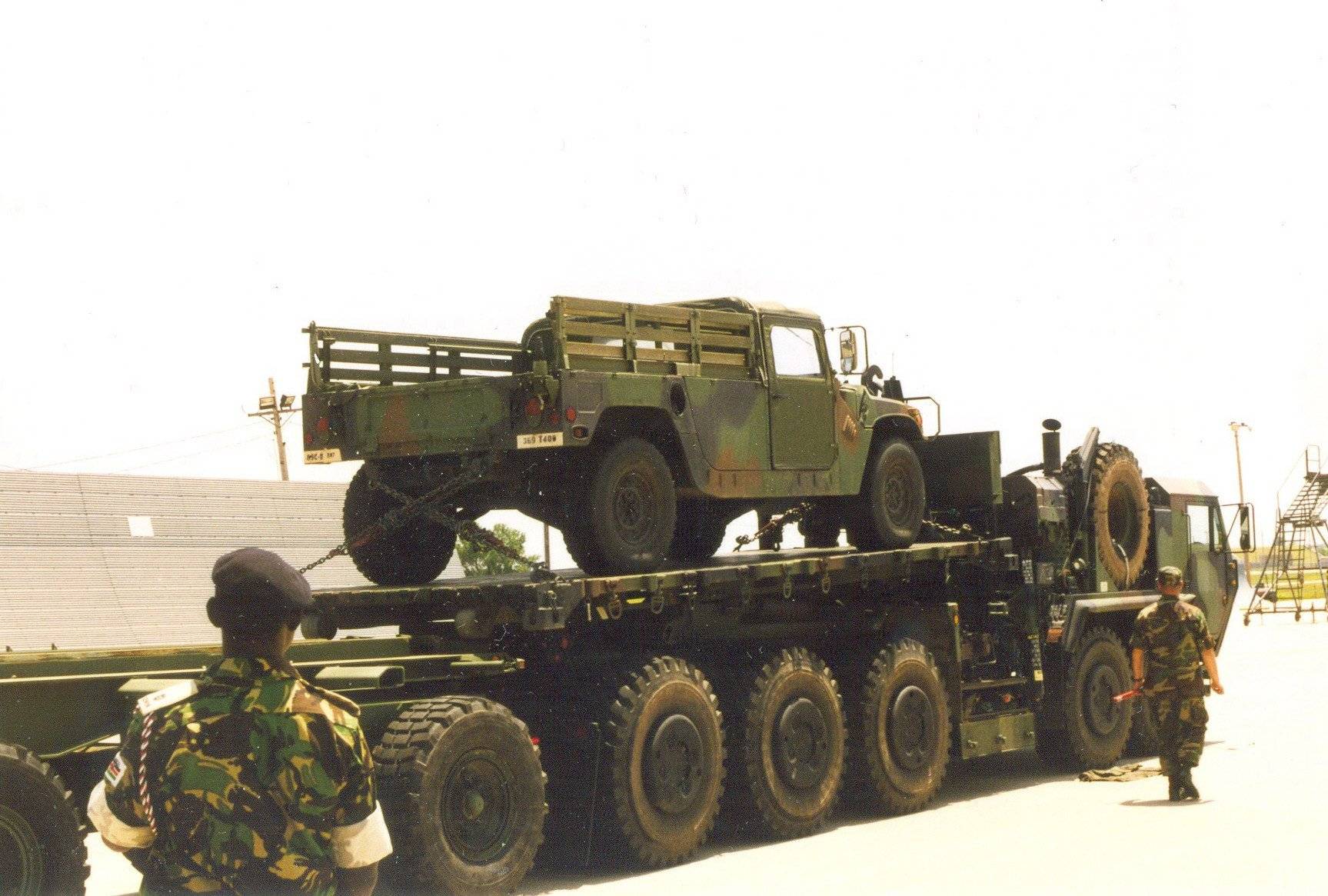 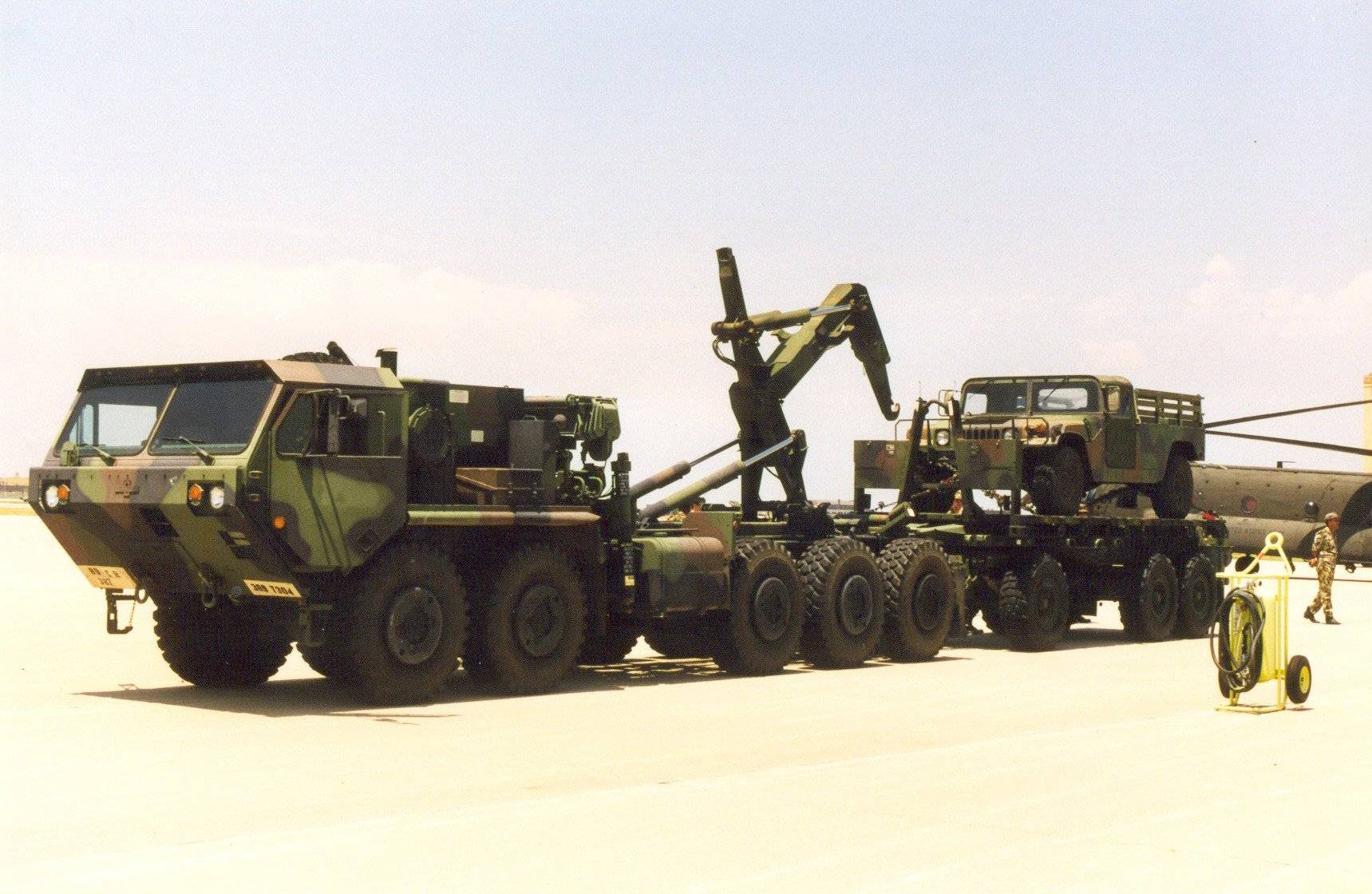 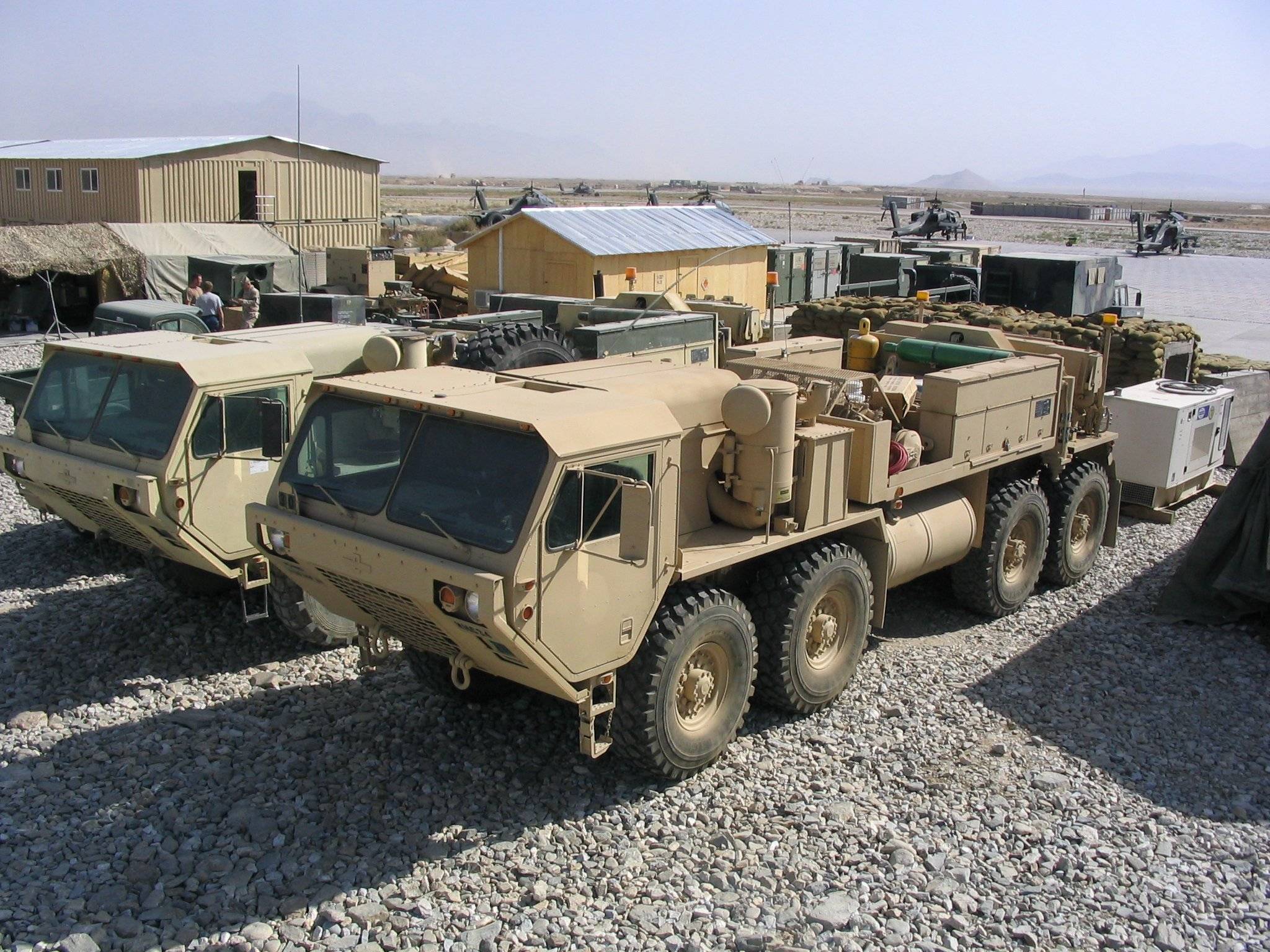 The Heavy Expanded Mobility Tactical Truck (HEMTT) series is a range of eight-wheel drive diesel-powered off-road capable trucks, used by the US military. Formally described as "Truck, Cargo: 10-Ton, 8x8", it has been nicknamed the "Dragon Wagon". HEMTT trucks first went into service with the U.S. Army in 1982, as a replacement for the M520 Goer.

A 10x10 variant of the HEMTT truck is used as prime mover in the Palletized load system (PLS). The vehicle is produced by the Oshkosh Corporation. In the civilian realm the truck's chassis is also used in the Oshkosh Striker as an airport crash tender.

The United States Marine Corps uses a similar vehicle, the Logistics Vehicle System (LVS), also manufactured by Oshkosh. An LVS differs in that it is actually an articulated vehicle, similar to a semi-trailer truck, using a modular system of a Front Power Unit attached to a Rear Body Unit, whereas HEMTTs are non-articulated, single unit vehicles.

The HEMTT's objective is to provide heavy transport capabilities for supply and re-supply of combat vehicles and weapons systems for the United States Army. It is distinguished by extreme mobility compared to standard 5-ton trucks, thanks to its large number of wheels and turbo-charged engine, combined with all-wheel drive and very large, low-pressure tires. Though far less publicized than the Humvee, it has been extremely important in transporting logistics behind quick-moving forces based on the M1 Abrams tank. Having proved itself as a key workhorse of the US heavy tactical wheeled vehicle fleet, about 13,000 HEMTT vehicles are in service today.

The HEMTT A3 is a technology demonstrator with hybrid powerplant.

In the HEMTT A4, the latest in the series, the familiar Detroit Diesel engine has been replaced by the Caterpillar C15/17 inline six-cylinder diesel engine. All "CAT" engines are turbo charged and highly computerized. They are much more powerful than the previous Detroit Diesel engines, and more fuel efficient. Maintenance has also been simplified (at least when it comes to diagnostics) through the inclusion of OBD-II style technology.