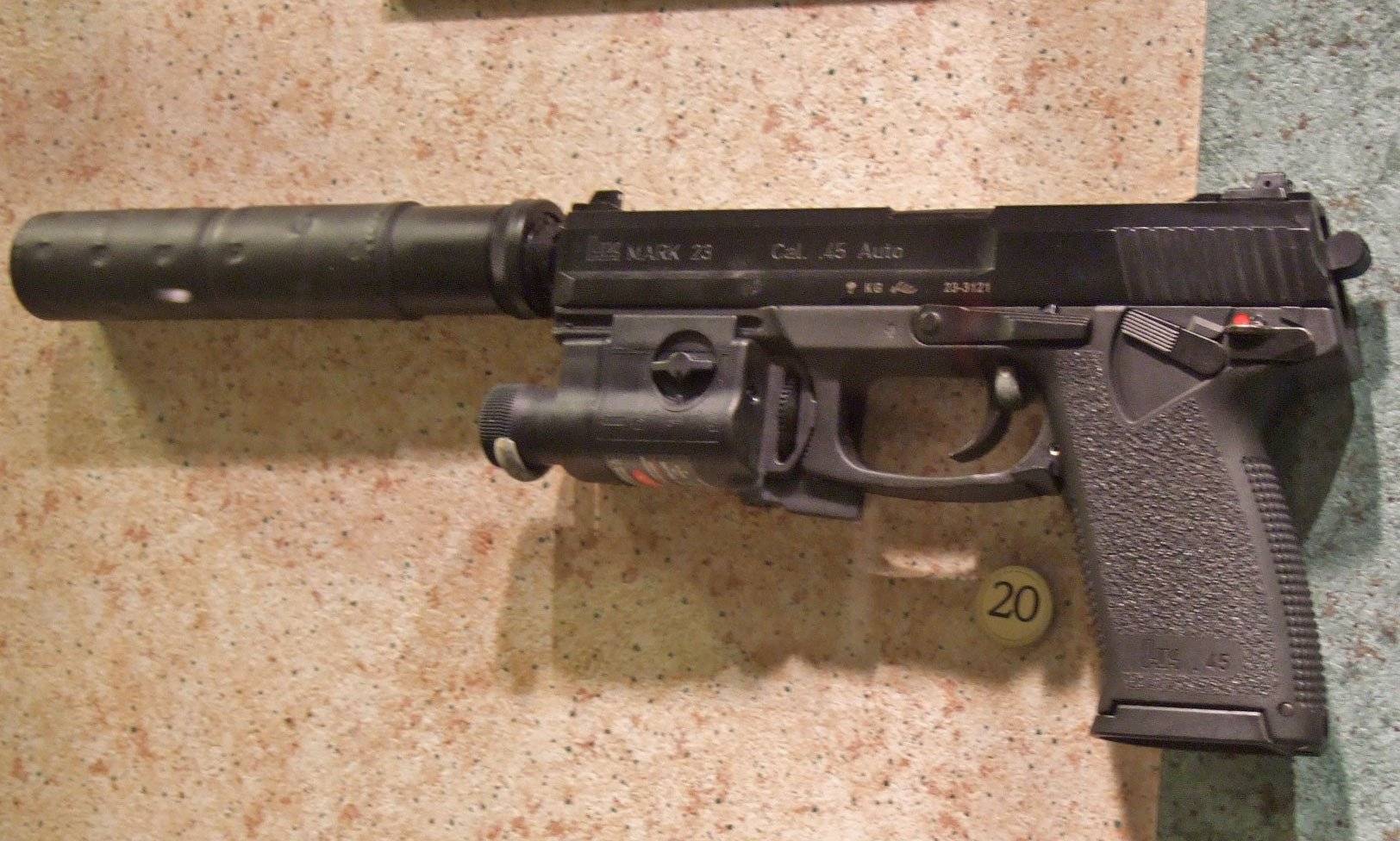 The Heckler & Koch MK 23, Mk 23 Mod 0, Mark 23, or MARK 23, is a weapon system consisting of a match grade semi-automatic pistol, a laser aiming module (LAM), and suppressor. It was adopted by the United States Special Operations Command (USSOCOM) for special operations units in the 1990s.

While the designation applies to the complete system, it is also commonly used in reference to the pistol component itself. The pistol itself, chambered for the .45 ACP cartridge, was developed by Heckler & Koch, and was selected over the Colt OHWS through USSOCOM's Offensive Handgun Weapon System (OHWS) program. The LAM and suppressor were developed by Insight Technologyand Knight's Armament Company (KAC), respectively.