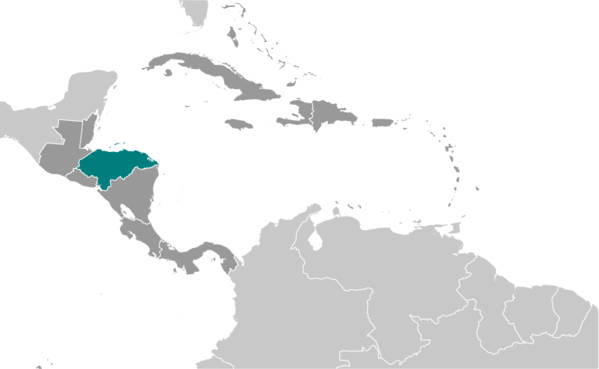 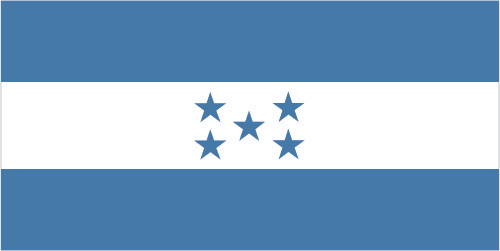 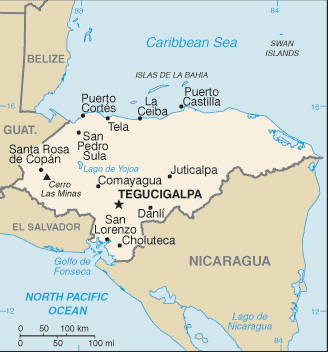 country comparison to the world: 97

International Court of Justice (ICJ) ruled on the delimitation of "bolsones" (disputed areas) along the El Salvador-Honduras border in 1992 with final settlement by the parties in 2006 after an Organization of American States survey and a further ICJ ruling in 2003; the 1992 ICJ ruling advised a tripartite resolution to a maritime boundary in the Gulf of Fonseca with consideration of Honduran access to the Pacific; El Salvador continues to claim tiny Conejo Island, not mentioned in the ICJ ruling, off Honduras in the Gulf of Fonseca; Honduras claims the Belizean-administered Sapodilla Cays off the coast of Belize in its constitution, but agreed to a joint ecological park around the cays should Guatemala consent to a maritime corridor in the Caribbean under the OAS-sponsored 2002 Belize-Guatemala Differendum

current situation: Honduras is a source and transit country for men, women, and children subjected to sex trafficking and forced labor; Honduran women and girls, and, to a lesser extent, women and girls from neighboring countries, are forced into prostitution in urban and tourist centers; Honduran women and girls are also exploited in sex trafficking in other countries in the region, including Mexico, Guatemala, El Salvador, and the US; Honduran adults and children are subjected to forced labor in Guatemala, Mexico, and the US and domestically in agriculture and domestic service; gangs coerce some young men to transport drugs or be hit men

transshipment point for drugs and narcotics; illicit producer of cannabis, cultivated on small plots and used principally for local consumption; corruption is a major problem; some money-laundering activity