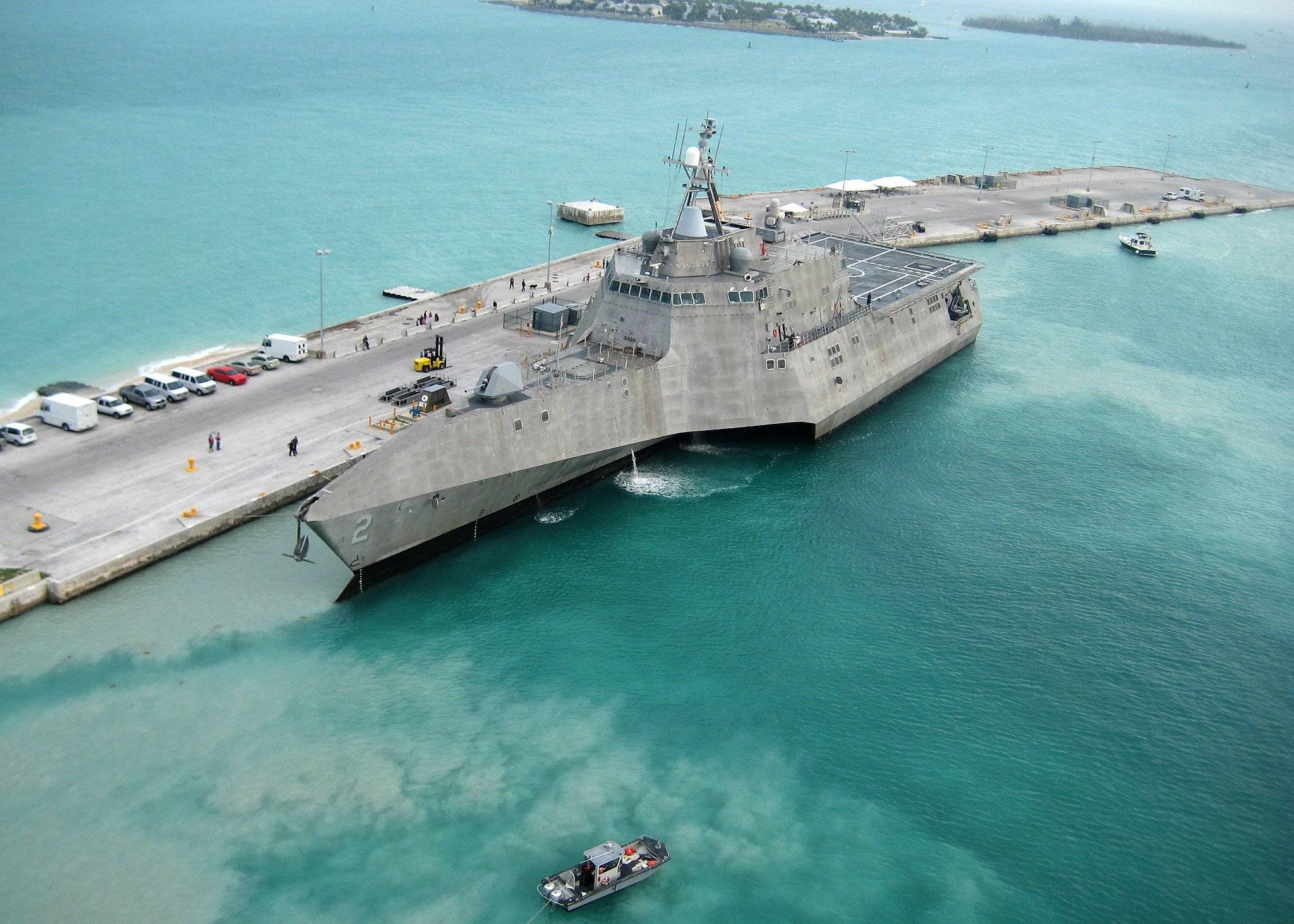 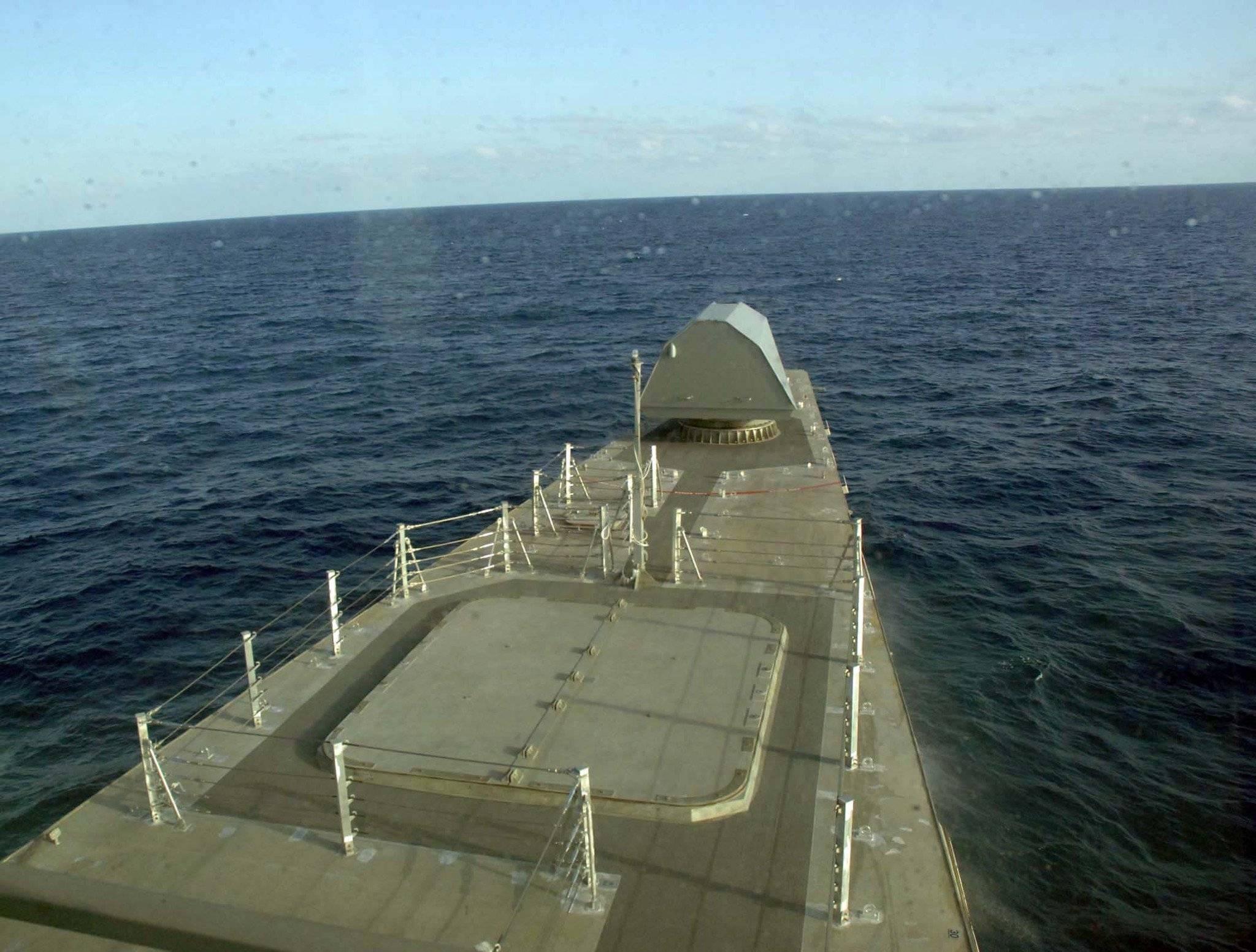 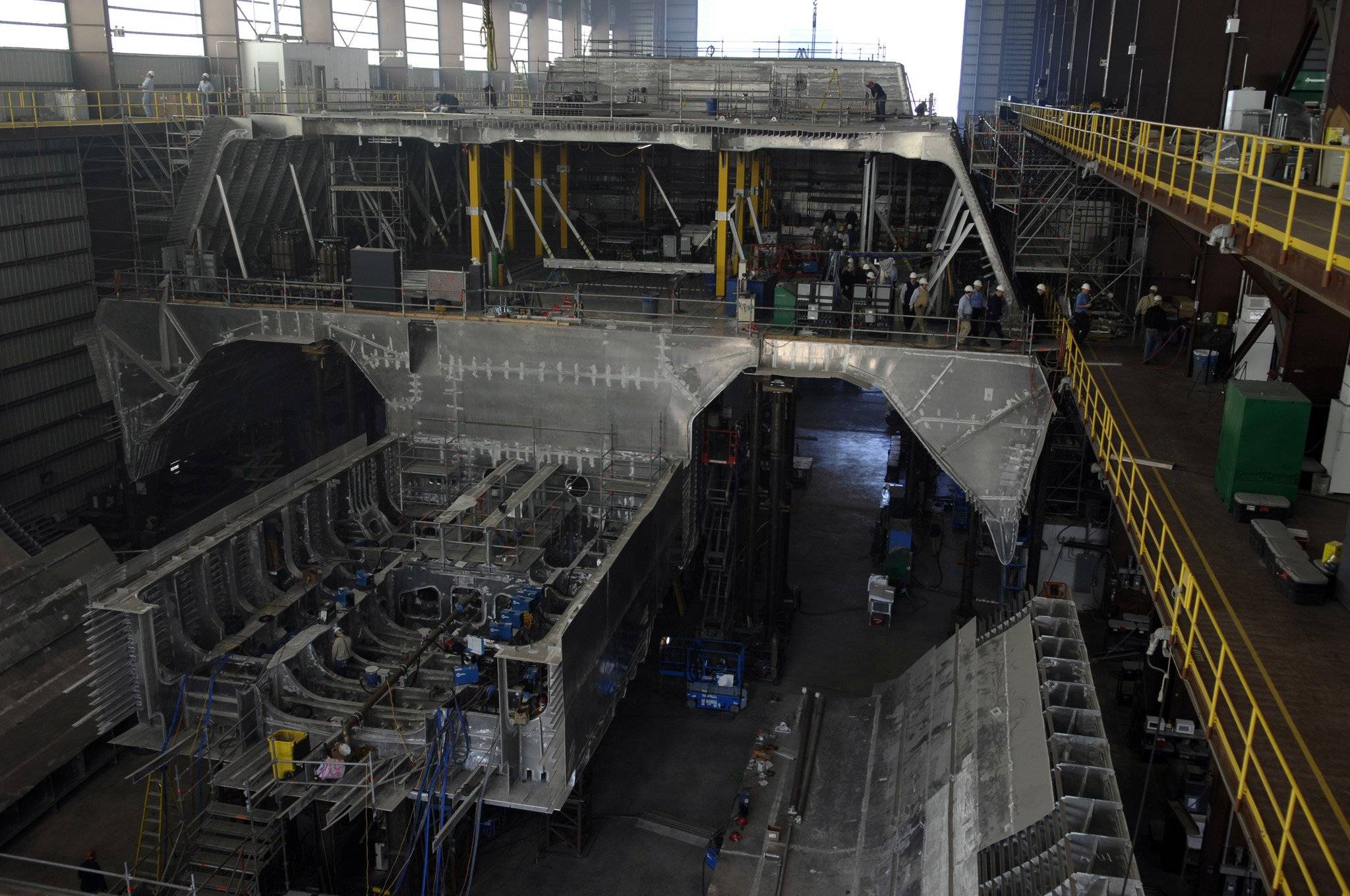 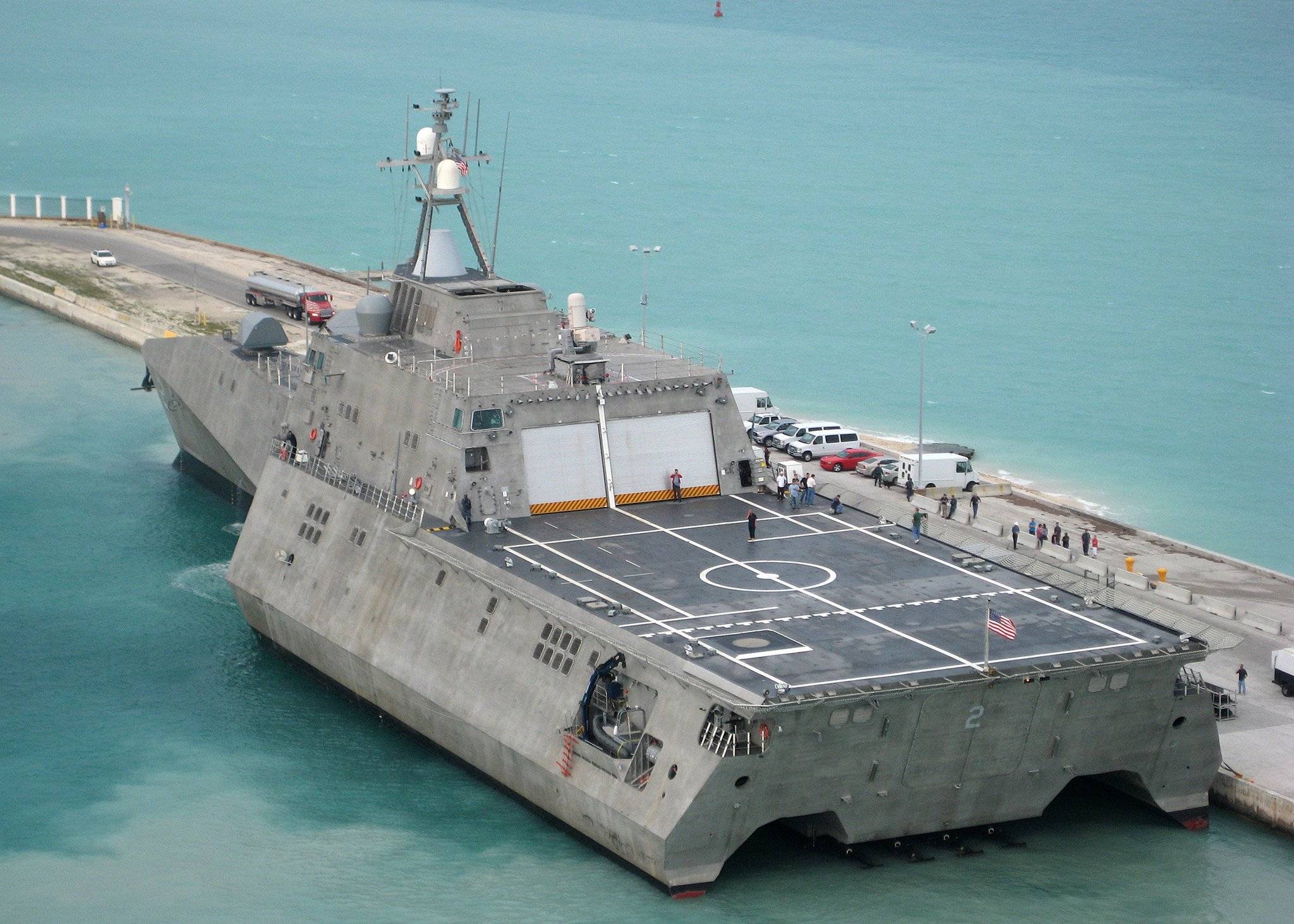 The Independence class is a class of littoral combat ships built for the United States Navy.

The hull design evolved from a project at Austal to design a 40 knot cruise ship. That hull design evolved into the high-speed trimaran ferryHSC Benchijigua Express and the Independence class was then proposed by General Dynamics and Austal as a contender for USN plans to build a fleet of small, multipurpose warships to operate in the littoral zone. Two ships were approved, to compete with Lockheed Martin's Freedom-class design for a construction contract of up to 55 vessels.

As of 2010, the lead ship is active, while a second ship, Coronado, is under construction. Despite initial plans to only accept one of the Independence and Freedom classes, the USN has requested that Congress order ten additional ships of each class, for a total 12 ships per class. In February 2012, Secretary of the Navy Ray Mabus announced that the fifth Independence-class littoral combat ship will be named USS Gabrielle Giffords, and the sixth USS Omaha. In April 2013, the name Manchester was assigned to LCS-14, while in June 2013, the name Tulsa was assigned to LCS-16. The Independence-class design began life at Austal as a platform for a high speed cruise ship. The principal requirements of that project were speed, stability and passenger comfort and Austal's team determined that the trimaran hull form offered significant passenger comfort and stability advantages over both a catamaran and a monohull. The high speed cruise ship project evolved into Austal's commercial high-speed trimaran ferry HSC Benchijigua Express. The ships are 127.4 m (418 ft) long, with a beam of 31.6 m (104 ft), and a draft of 13 ft (3.96 m). Their displacement is rated at 2,176 tons light, 2,784 tons full, and 608 tons deadweight.

The standard ship's company is 40-strong, although this can increase depending on the ship's role with mission-specific personnel. The habitability area is located under the bridge where bunks for ships personnel are situated. The helm is controlled by joysticks instead of traditional steering wheels.

Although the trimaran hull increases the total surface area, it is still able to reach sustainable speeds of about 50 knots (93 km/h; 58 mph), with a range of 10,000 nautical miles (19,000 km; 12,000 mi). Austal claims that the design will use a third less fuel than the competing Freedom class, but the Congressional Budget Office found that fuel would account for 18 percent or less of the total lifetime cost of Freedom.

The lack of bridge wings on the Independence class has been noted as the top problem in the entire LCS program to the extent that these will need to be retrofitted onto existing ships.

The lightweight aluminum construction of the Independence-class ships makes them more vulnerable to damage than the Freedom-class ships.

One Independence-class LCS has been commissioned. A second has been launched. Two more are under construction, and four others have been named.

On March 5, 2013, The Navy awarded contract options to fund construction of LCS-14 and LCS-16, the fifth and sixth ships in its 10-ship block buy.