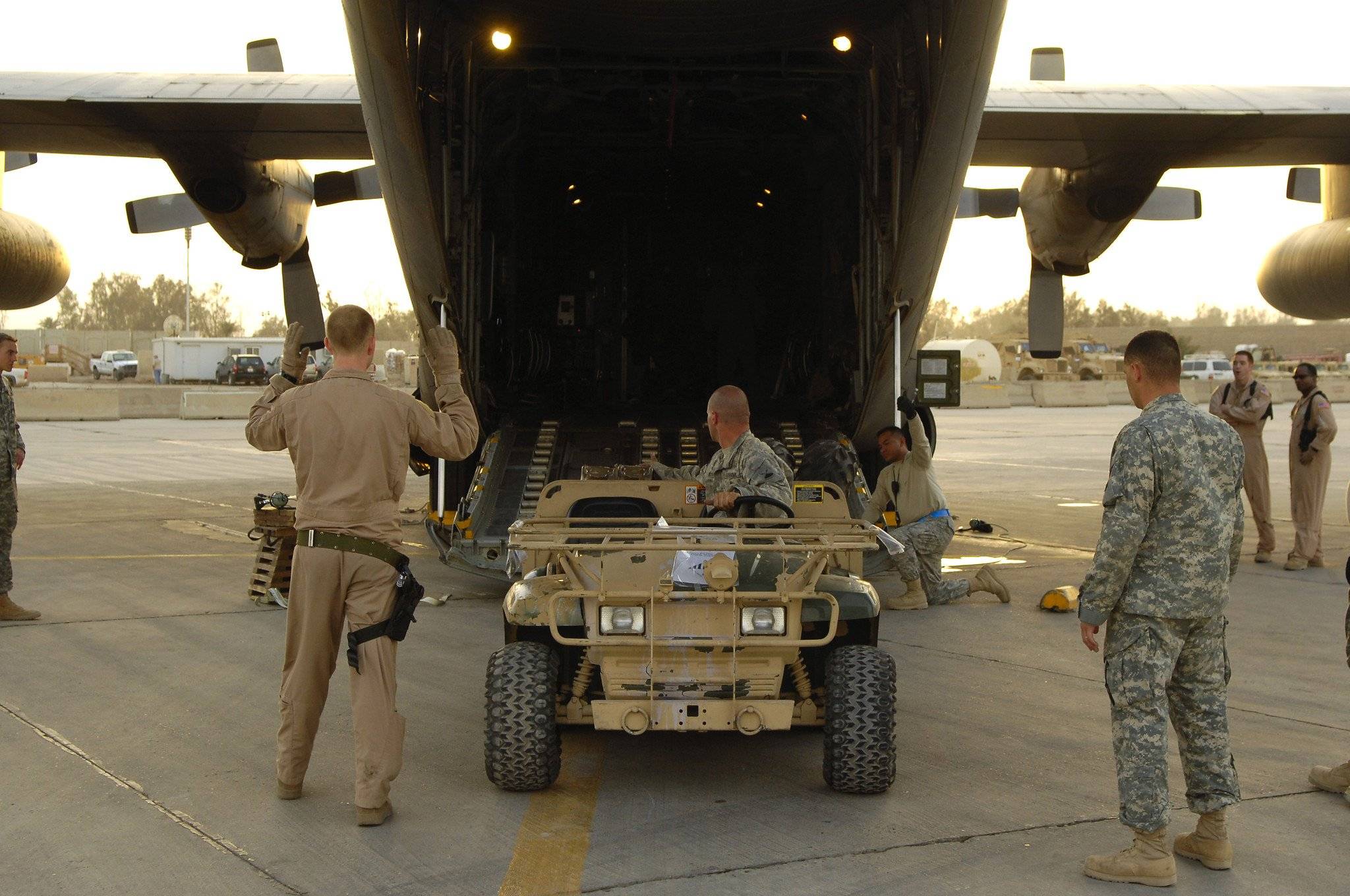 The John Deere Gator is a family of small all-terrain utility vehicles produced by the John Deere Corporation. They typically feature a box bed, similar in function to a pickup truck, and have been made in a variety of configurations, ranging from 4 to 6 wheels. The Gator line of vehicles are designed to serve on farms, worksites, and ranches, rather than as a pure off-road vehicle. In 1992, the vehicle replaced the three or five wheel John Deere AMT, introduced in 1987.

Within the Gator family of vehicles, John Deere produces several lines. They are the Traditional Series, the High Performance (HPX) Series, the Compact Series and the XUV Series. It also offers several specialty vehicles including the more off-road oriented Trail Gator, which is olive in color to better serve recreational and sporting uses. The Turf Gator is specially designed to serve golf courses. The M-Gator is a militarized variant used by the U.S. Army.

The Traditional Series is the second generation of the original Gator, designed for medium duty work.

The High Performance or HPX Series Gators, introduced in 2004, are larger than the original Gator, and designed for heavier duty use.

The Compact Series Gators, also introduced in 2004, are smaller and more like a golf cart in size and operation. They are targeted at homeowners rather than commercial customers.

The Gator XUV 4x4 was introduced in 2007 as a more extreme use Gator, for both commercial and recreational use.

In response to an ever competitive market, Deere expanded the XUV Line up in 2011 to include a 825 cc 3 cylinder gas engine to go alongside the current 625 cc engine. The 825 also sported a faster differential that allows the machine to reach speeds of up 70 kilometers (45 Miles) per hour. In addition, they kept the Diesel offering, but boosted the machines speed to 32 miles per hour, currently the fastest Diesel Utility Vehicle in the market. The three machines also underwent a styling overhaul and a redesigned box.

In 1997 to 1998 the 261st Area Support Medical Battalion of the 44th Medical Brigade (ABN) brought a Gator to Bosnia for Operation SFOR2. It was an off the shelf commercial version Gator that was painted in Camouflage and equipped with a carrying tray on its hood as well as brackets to hold rifles. Its main purpose was for casualty evacuation, and it could hold two litters on the rear deck. It came in handy for utility work as well and was used mostly by the medical supply section for transporting supplies and equipment.

In 1997, the U.S. Army adopted a version of the Gator known as the M-Gator. The M-Gator is now also in use with the U.S. Marine Corps. Following the upgrades of the original Gator, it is known in its current version as the M-Gator A1, and features upgrades such as rollover protection. It is the 6x4 variant, and utilizes the three cylinder Yanmar diesel engine found in other Gator vehicles, and is also capable of using JP-8 fuel. The vehicle is capable of being air-dropped. The Gator has been used in Iraq and Afghanistan for supply deliveries and casualty evacuation, as it is more nimble off-road than an HMMWV. Although the M-Gator was not designed to carry equipment in the field, troops would put their gear onto the vehicles to lighten their loads when an M-Gator was available to them. M-Gators are also used by Canadian Forces in Afghanistan.

The M-Gator has also been developed into an Unmanned Ground Vehicle, known as the R-Gator. It was developed by John Deere and iRobot. It is capable of autonomous operations such as waypoint following with obstacle avoidance, and following dismounted infantry soldiers, as well as other vehicles.

The Turf Vehicles series features the Gator TX, Gator TE, and the ProGator vehicles. The ProGators are intended for heavy duty farm work, while the TX and TE are for niche industrial duties where quiet vehicles are desired; like golf courses. The TE is an electric vehicle.