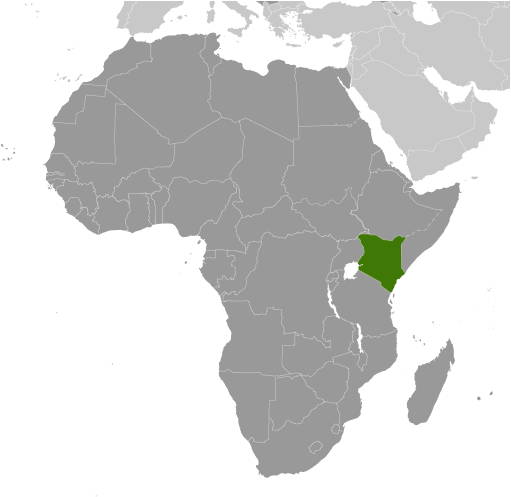 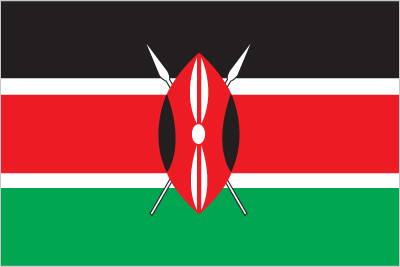 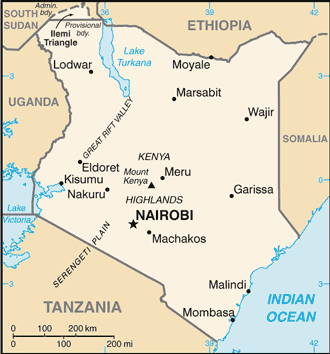 18-26 years of age for male and female voluntary service (under 18 with parental consent), with a 9-year obligation (7 years for Kenyan Navy); applicants must be Kenyan citizens and provide a national identity card (obtained at age 18) and a school-leaving certificate; women serve under the same terms and conditions as men; mandatory retirement at age 55 (2012)

country comparison to the world: 78

Kenya served as an important mediator in brokering Sudan's north-south separation in February 2005; Kenya provides shelter to almost a quarter million refugees, including Ugandans who flee across the border periodically to seek protection from Lord's Resistance Army rebels; Kenya works hard to prevent the clan and militia fighting in Somalia from spreading across the border, which has long been open to nomadic pastoralists; the boundary that separates Kenya's and Sudan's sovereignty is unclear in the "Ilemi Triangle," which Kenya has administered since colonial times

IDPs: at least 300,000 (2007-08 post-election violence; the status of the estimated 300,000 IDPs from the 2007-08 post-election violence who found refuge in host communities rather than camps - and IDPs displaced through natural disasters, drought, development and environmental projects, land disputes, cattle rustling, and inter-communal violence - is not captured in Kenya's national database; in 2012, inter-communal violence displaced approximately 118,000 people and floods displaced an estimated 100,000) (2012)

stateless persons: 20,000 (2012); note - the stateless population is composed of Nubians, Kenyan Somalis, and coastal Arabs; the Nubians are descendants of Sudanese soldiers recruited by the British to fight for them in East Africa more than a century ago; they did not receive Kenyan citizenship when the country became independent in 1963; only recently have Nubians become a formally recognized tribe and had less trouble obtaining national IDs; Galjeel and other Somalis who have lived in Kenya for decades are lumped in with more recent Somali refugees and denied ID cards

current situation: Kenya is a source, transit, and destination country for adults and children subjected to forced labor and sex trafficking; Kenyan children are forced to work in domestic service, agriculture, fishing, cattle herding, street vending, begging, and prostitution; Kenyan economic migrants to other East African countries, South Sudan, Europe, the US, and the Middle East are at times exploited in domestic servitude, massage parlors or brothels, or forced manual labor; children from Burundi, Ethiopia, Somalia, South Sudan, Tanzania, and Uganda are subjected to forced labor and prostitution in Kenya; Somali refugees living in the Dadaab complex may be forced into prostitution or work on tobacco farms

tier rating: Tier 2 Watch List - Kenya does not fully comply with the minimum standards for the elimination of trafficking; the government enacted the Counter-Trafficking in Persons Act in October 2012 but has not launched and implemented its national plan of action, convened the Counter-Trafficking in Persons Advisory Committee, taken tangible action against trafficking complicity among law enforcement officials, provided shelter and other protective services for adult victims, monitor the work of overseas labor recruitment agencies, or provide wide-scale anti-trafficking training to its officials; efforts to assist and care for child victims remain strong; corruption among officials continue to hamper efforts to bring traffickers to justice (2013)