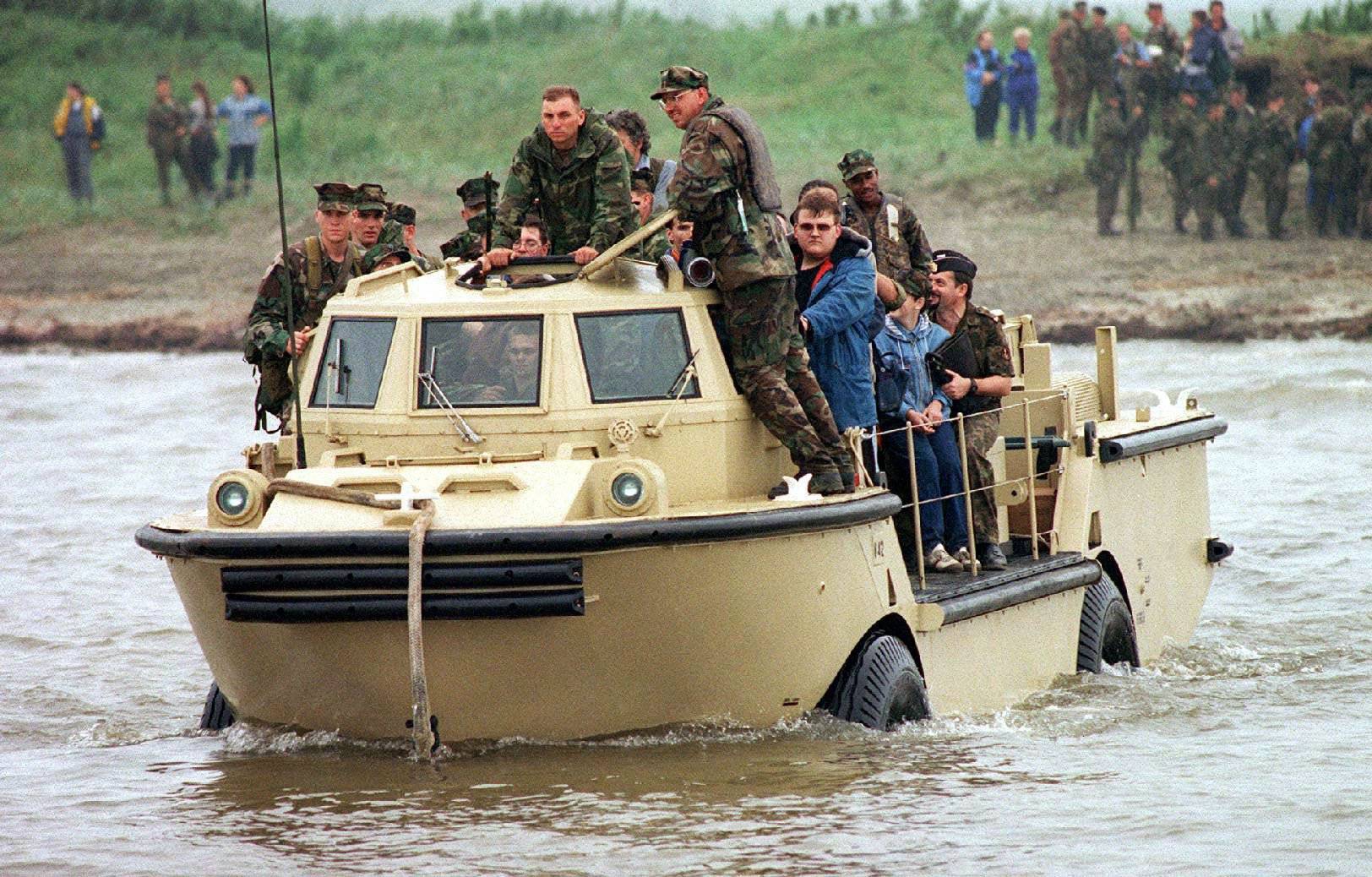 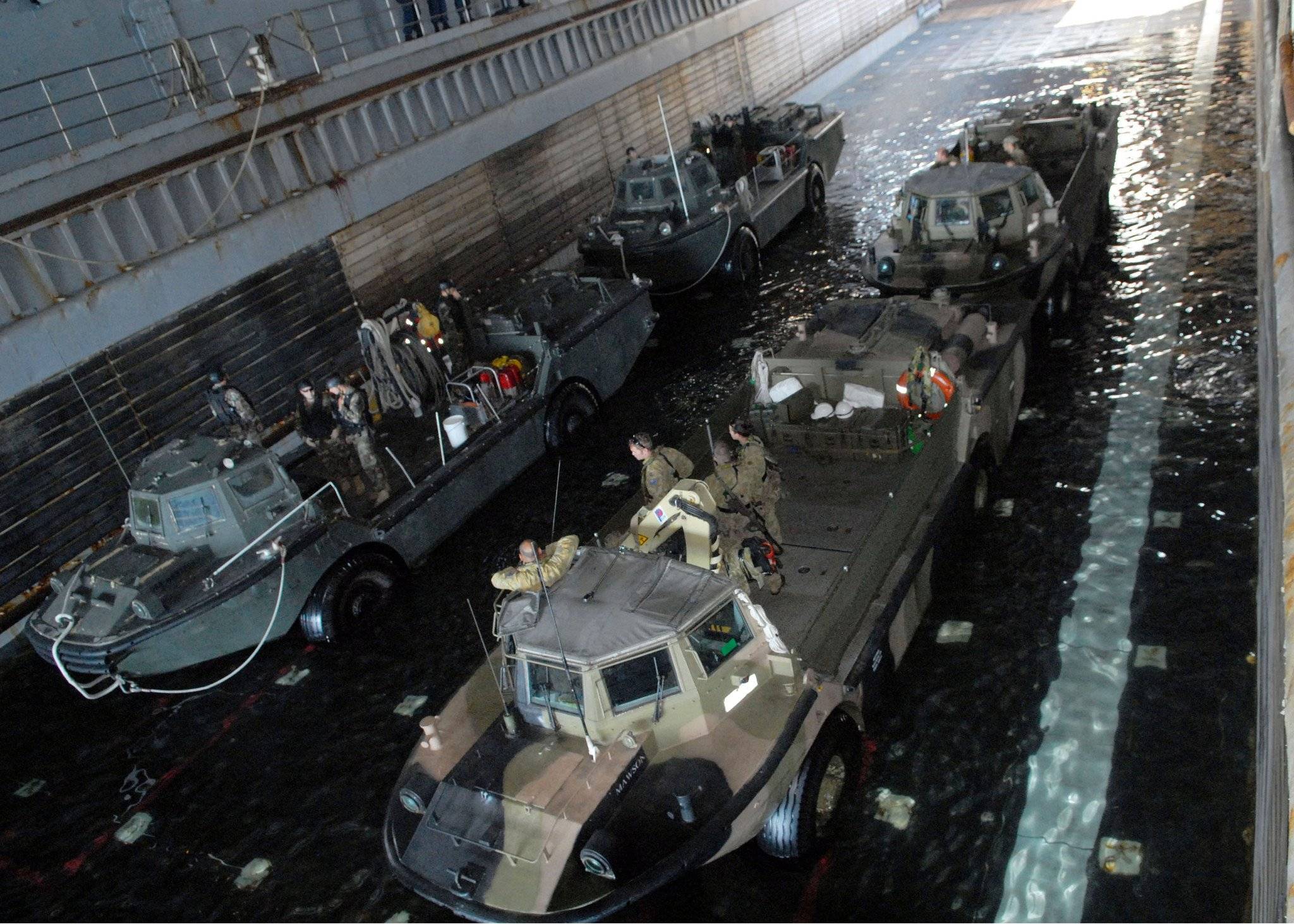 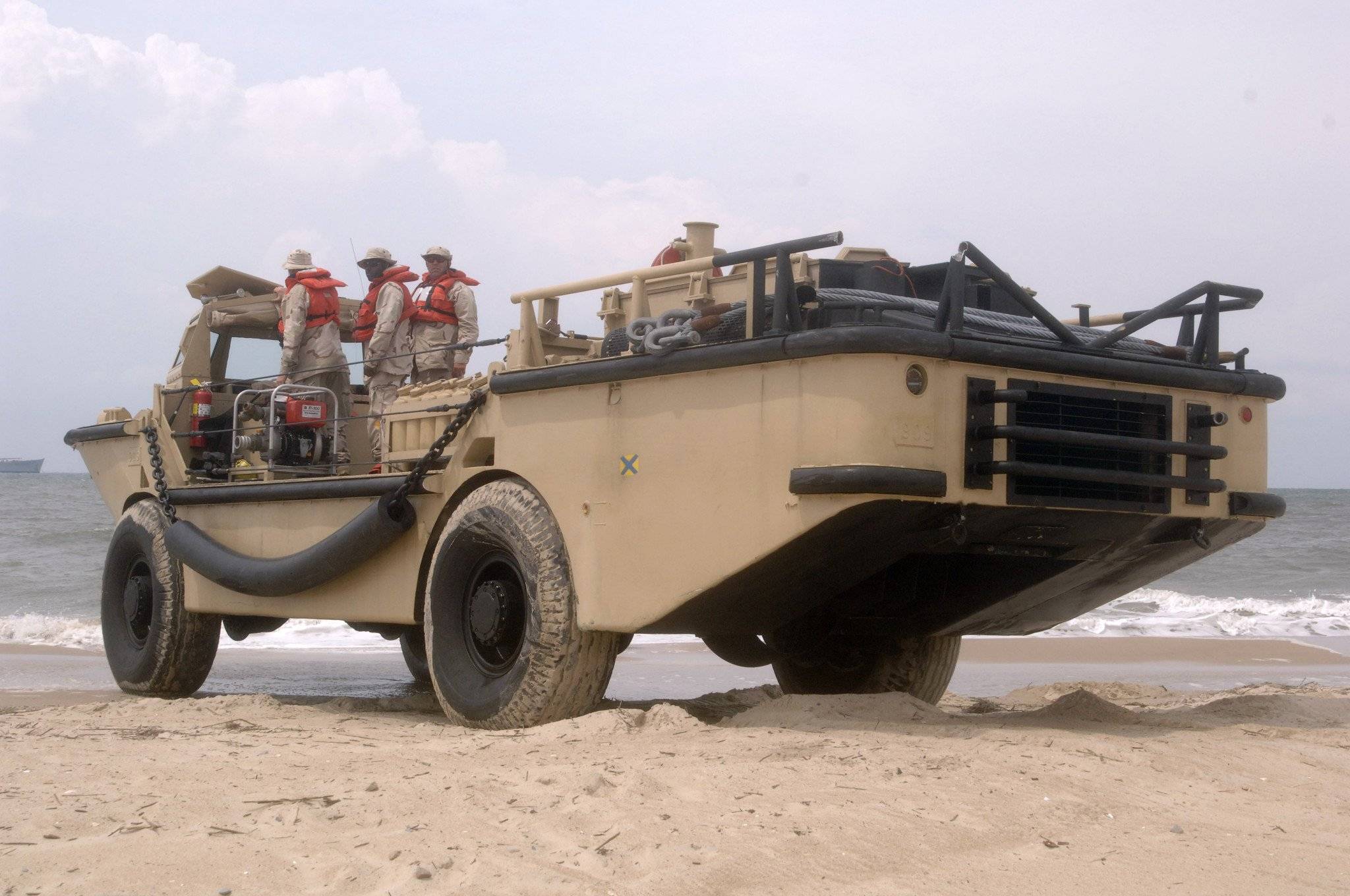 LARC-V (Lighter, Amphibious Resupply, Cargo, 5 ton), is an aluminium-hulled amphibious cargo vehicle capable of transporting 5 tons. It was developed in the United States during the 1950s, and is used in a variety of auxiliary roles to this day.

In addition to the United States, Larc-Vs have been used by military forces in Australia, Argentina, Portugal, The Philippines and Iceland. Approximately 968 were made. About 500 were destroyed, most by scuttling during the American withdrawal from South Vietnam. About 200 have been retained in US military service, Roughly 100 are privately owned and mostly used for tourism operators including a number of LARC vehicles is in use on Iceland for tourist trips on the Jökulsárlón ice lake and four LARC-V's used in Halifax, Nova Scotia for city and harbour tours.

The United States Naval Facilities Engineering Command (NAVFAC) has directed the Sealift Support Program Office (SSPO) to supervise a Service Life Extension Program (SLEP) on the LARC V's used by the Navy. This SLEP involved changing from a mechanical to a hydraulic transmission, updating the electrical system, and improving other on-board systems. These reworked LARCs began delivery in June 2006 for use by U.S. Navy Beach Master Units, Underwater Construction Teams and the Maritime Prepositioned Force ships. A total of 42 LARCs are currently funded to transition through the SLEP process.

Towing capacity on land was improved to approximately 29,000 lb and bollard pull in water was doubled to 7600 lb. The vehicle operates in all-wheel drive while in land or tow modes. The craft is powered by a 375 horsepower John Deere turbo-charged diesel engine that is Tier 2 certified. Engine speed is constant with a hydraulic transmission modifying speed.

Design and manufacture of the SLEP LARC-V's was carried out by Power Dynamics, LLC of Stennis Space Center, Mississippi.