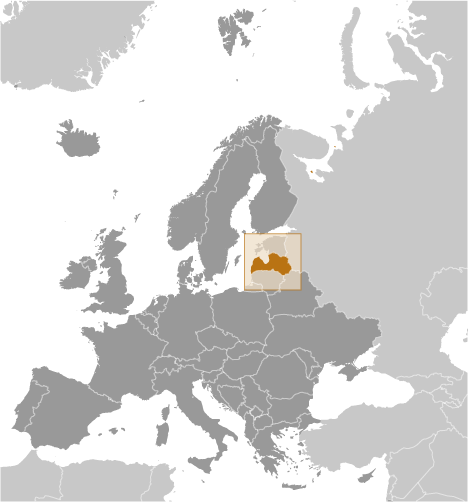 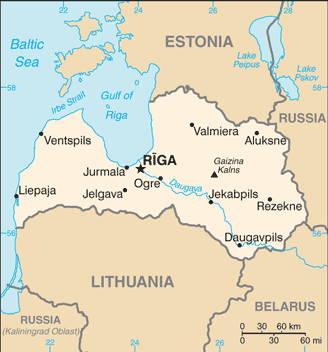 18 years of age for voluntary male and female military service; no conscription; under current law, every citizen is entitled to serve in the armed forces for life (2012)

country comparison to the world: 119

Russia demands better Latvian treatment of ethnic Russians in Latvia; boundary demarcated with Latvia and Lithuania; the Latvian parliament has not ratified its 1998 maritime boundary treaty with Lithuania, primarily due to concerns over oil exploration rights; as a member state that forms part of the EU's external border, Latvia has implemented the strict Schengen border rules with Russia

stateless persons: 280,759 (2012); note - individuals who were Latvian citizens prior to the 1940 Soviet occupation and their descendants were recognized as Latvian citizens when the country's independence was restored in 1991; citizens of the former Soviet Union residing in Latvia who have neither Latvian nor other citizenship are considered non-citizens (officially there is no statelessness in Latvia) and are entitled to non-citizen passports; children born after Latvian independence to stateless parents are entitled to Latvian citizenship upon their parents' request; non-citizens cannot vote or hold certain government jobs and are exempt from military service but can travel visa-free in the EU under the Schengen accord like Latvian citizens; non-citizens can obtain naturalization if they have been permanent residents of Latvia for at least five years, pass tests in Latvian language and history, and know the words of the Latvian national anthem