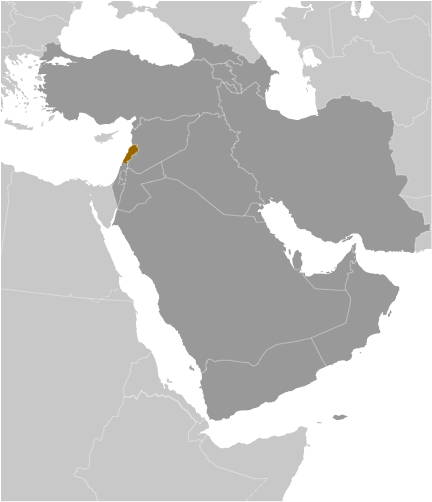 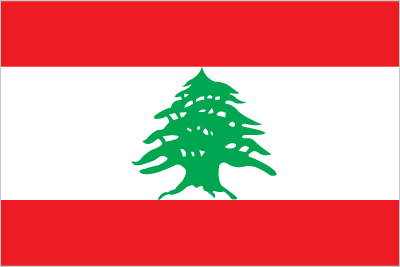 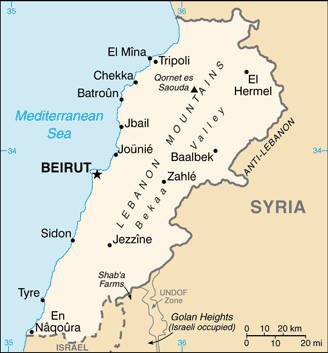 country comparison to the world: 55

lacking a treaty or other documentation describing the boundary, portions of the Lebanon-Syria boundary are unclear with several sections in dispute; since 2000, Lebanon has claimed Shab'a Farms area in the Israeli-occupied Golan Heights; the roughly 2,000-strong UN Interim Force in Lebanon has been in place since 1978

current situation: Lebanon is a source, transit, and destination country for women and children subjected to forced labor and sex trafficking; Eastern European women and children are transported through Lebanon for sexual exploitation in other Middle Eastern countries; women from Sri Lanka, the Philippines, Ethiopia, Kenya, Bangladesh, Nepal, Madagascar, Congo, Togo, Cameroon, and Nigeria are recruited by agencies to work in domestic service but are often subject to conditions indicative of forced labor, including the withholding of passports, nonpayment of wages, restricted movement, threats, and abuse; Lebanon's artiste visa program enabling women to work as dancers for three months in the adult entertainment industry sustains a significant sex trade; anecdotal information indicates some Lebanese children are victims of forced labor, such as street begging and commercial sexual exploitation; Syrian refugee women and children in Lebanon are at increased risk of sex trafficking

tier rating: Tier 2 Watch List - Lebanon does not fully comply with the minimum standards for the elimination of trafficking; however, it is making significant efforts to do so; the government conducts investigations of human trafficking and possibly some prosecutions but for another year did not report convicting any trafficking offenders or officials complicit in human trafficking; the government continues to lack a formal system for identifying victims and does not have a policy to protect victims from being punished for crimes committed as a direct result of being trafficked; NGOs, rather than the government, provide victim assistance and protection (2013)