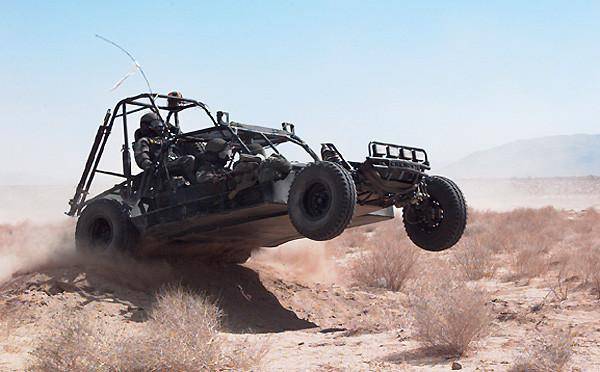 The Light Strike Vehicle (LSV) is an improved version of the Desert Patrol Vehicle (DPV) it replaced. Although the conventional US military replaced its DPVs with Humvees, special operation groups adopted the LSV for its small size and high mobility. It is part of the family of Internally Transportable Light Tactical Vehicles (IT-LTV). It is used for fast hit-and-run style raids (as its name suggests), scouting missions, special forces support, and low intensity guerrilla warfare.