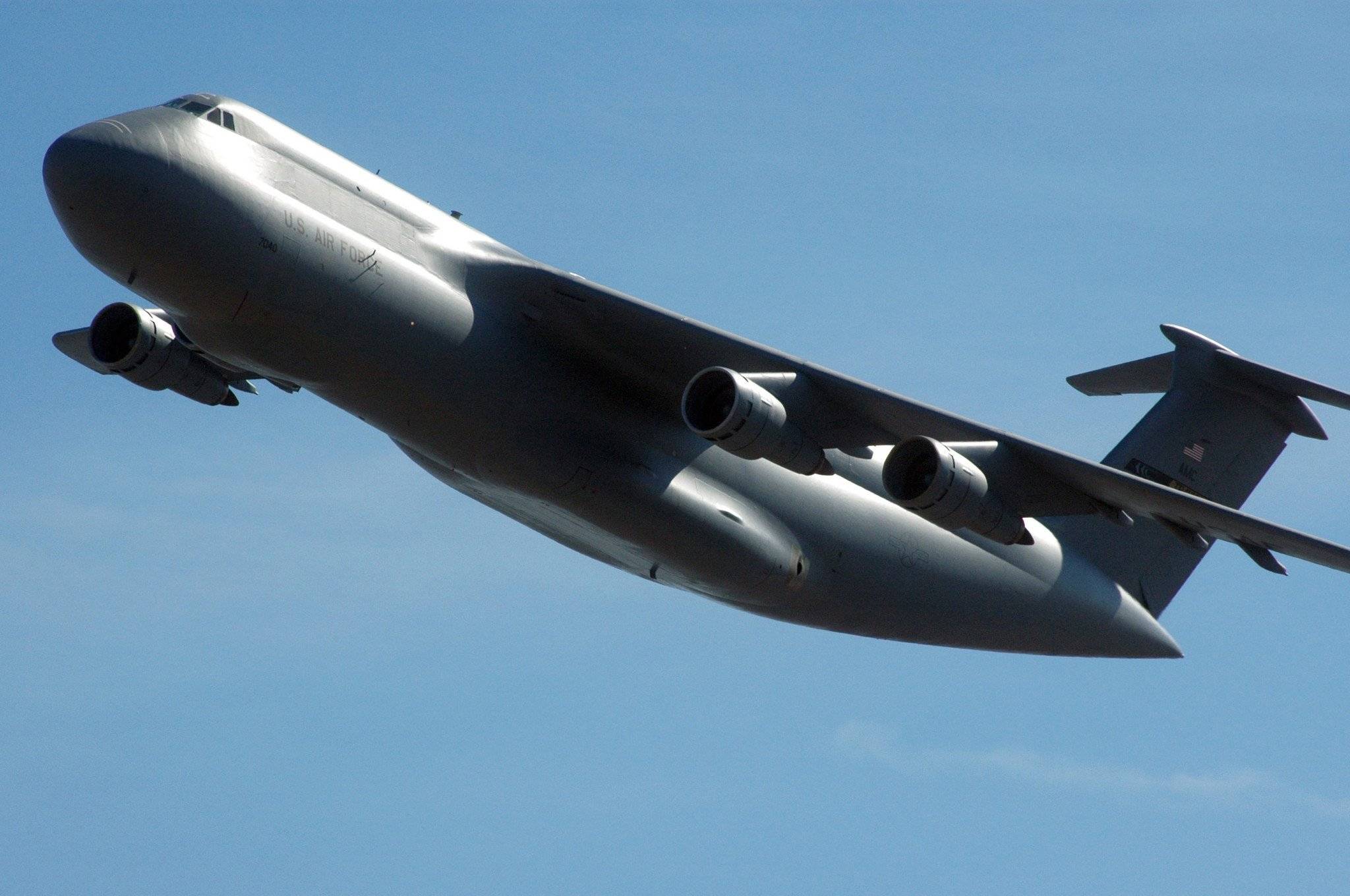 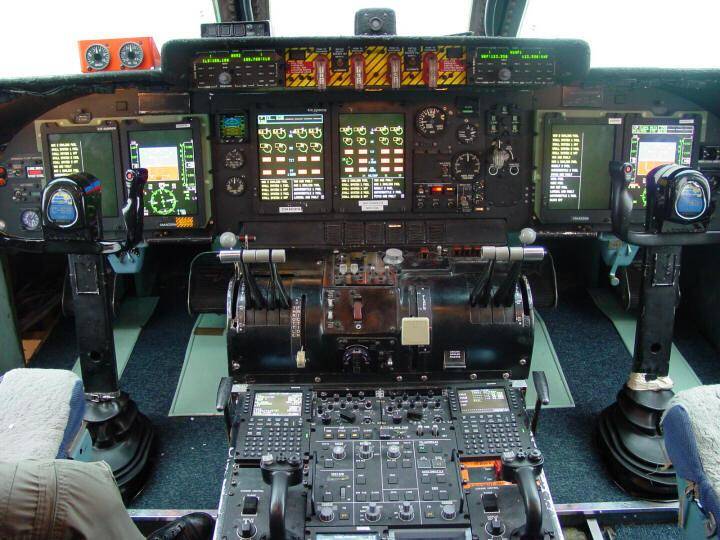 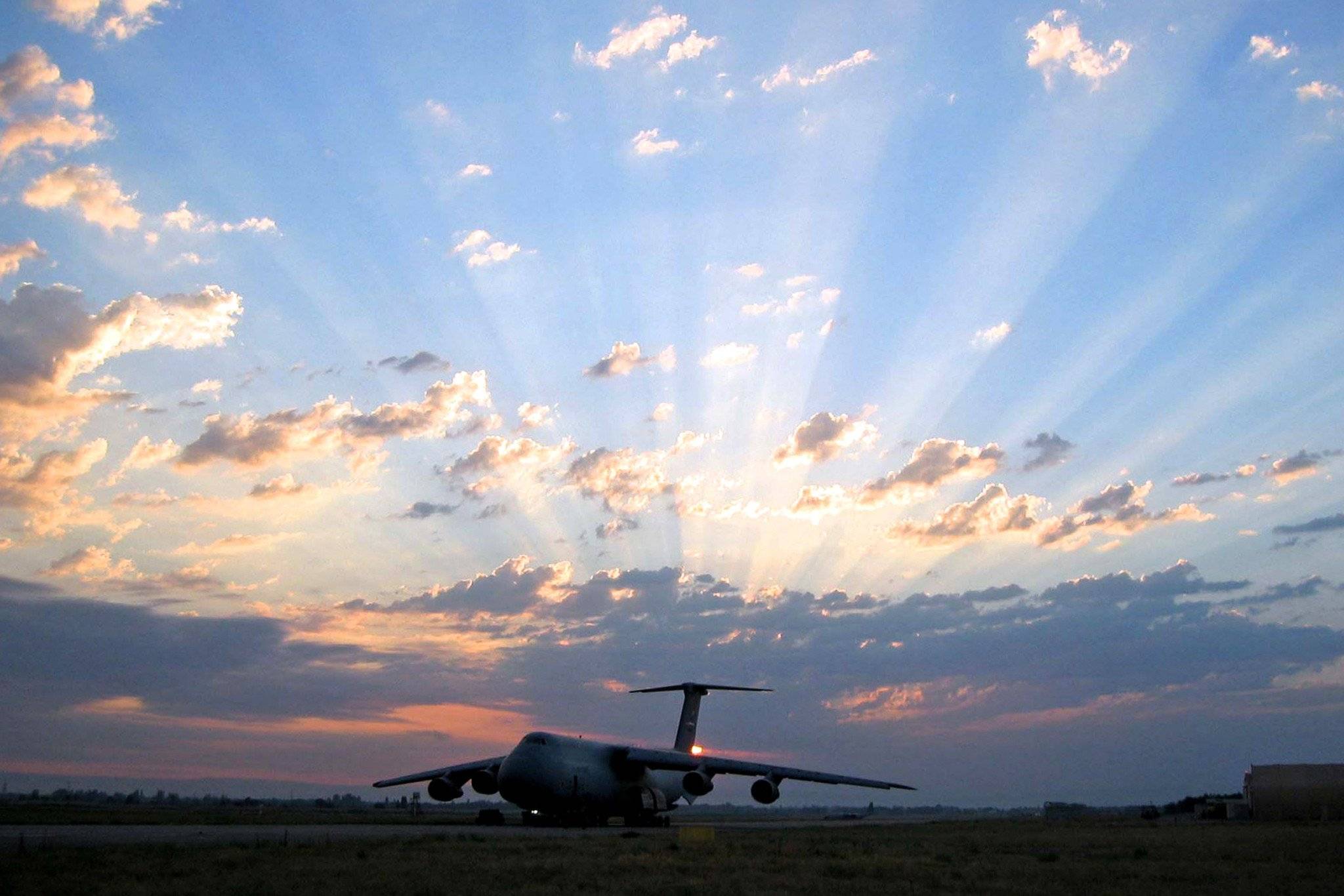 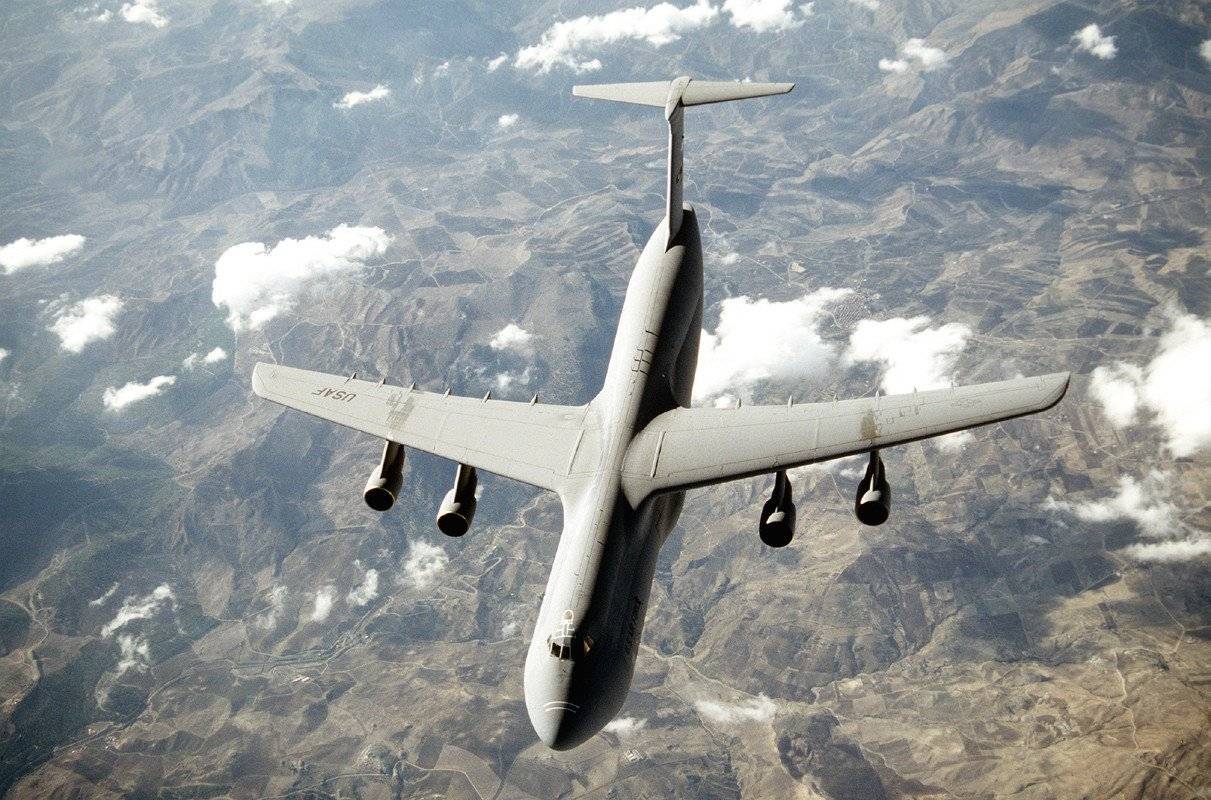 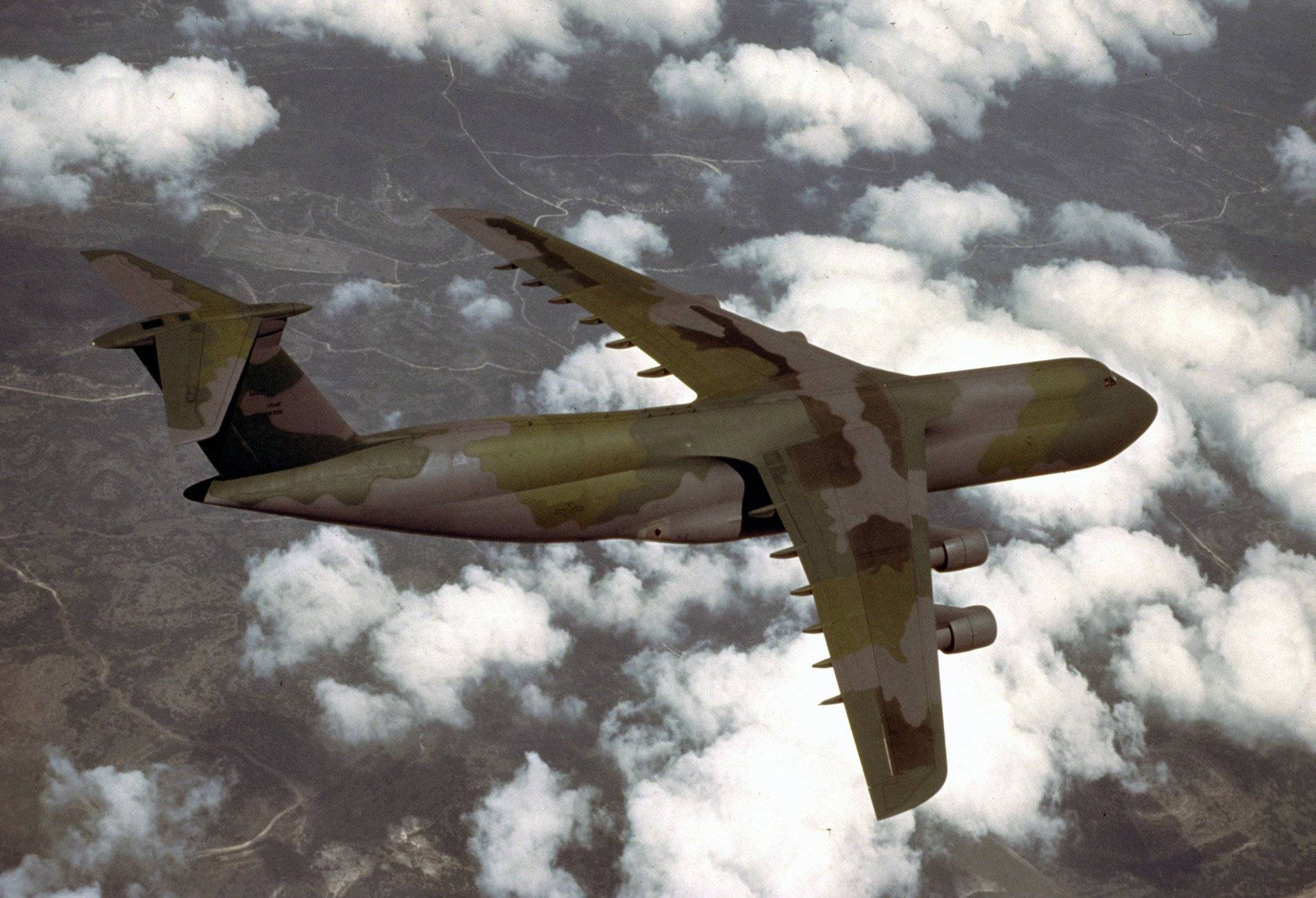 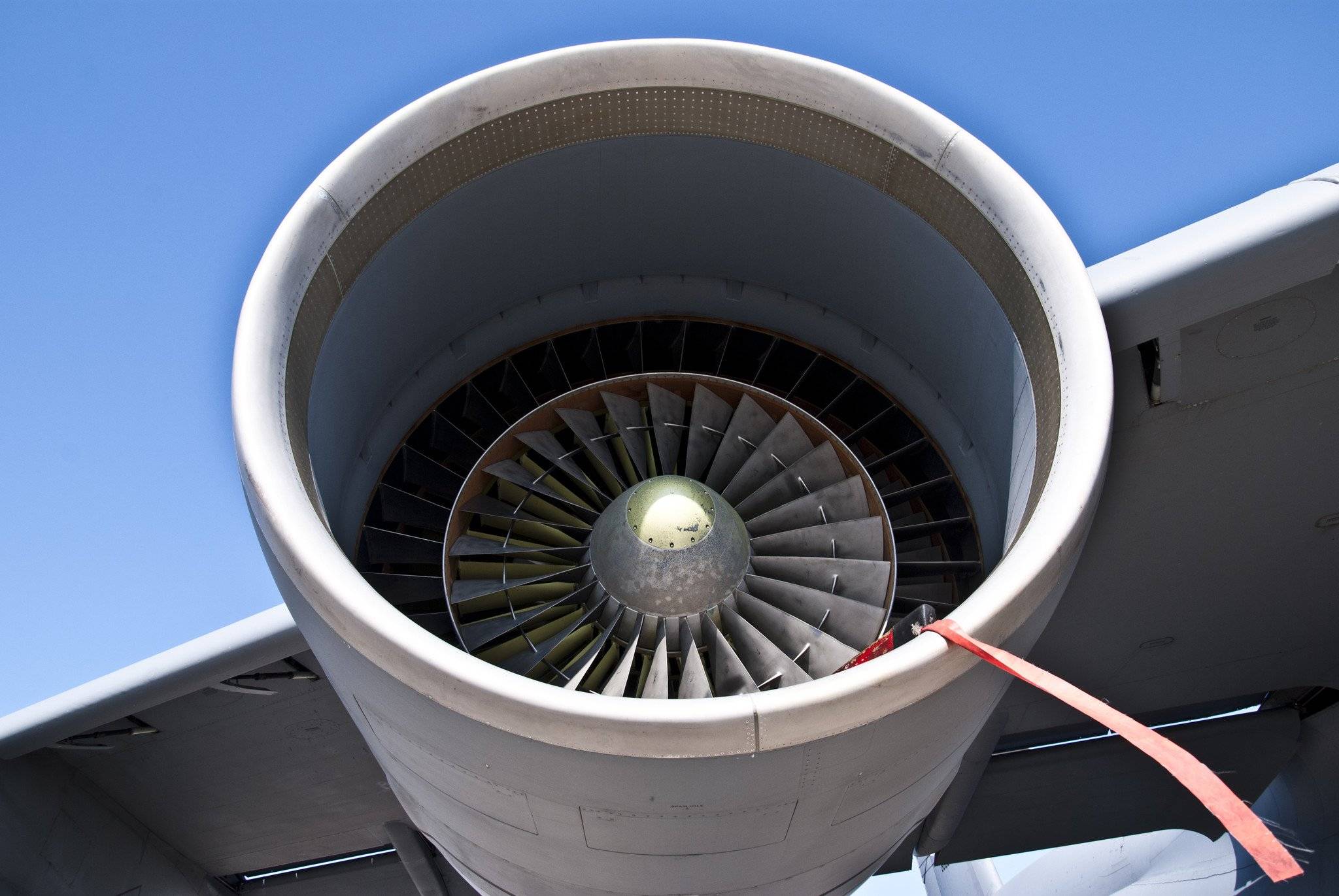 The Lockheed C-5 Galaxy is a large military transport aircraft built by Lockheed. It provides the United States Air Force (USAF) with a heavy intercontinental-range strategic airlift capability, one that can carry outsize and oversize cargos, including all air-certifiable cargo. The Galaxy has many similarities to its smaller C-141 Starlifter predecessor, and the later C-17 Globemaster. The C-5 is among the largest military aircraft in the world.

The C-5 Galaxy had a complicated development; significant cost overruns were experienced and Lockheed suffered significant financial difficulties. Shortly after entering service, fractures in the wings of many aircraft were discovered and the C-5 fleet were restricted in capability until corrective work was conducted. The C-5M Super Galaxy is an upgraded version with new engines and modernized avionics designed to extend its service life beyond 2040.

The C-5 Galaxy has been operated by USAF since 1969. In that time, it has been used to support US military operations in all major conflicts including Vietnam, Iraq, Yugoslavia and Afghanistan; as well as in support of allies, such as Israel during the Yom Kippur War and NATO operations in the Gulf War. The C-5 has also been used to distribute humanitarian aid and disaster relief, and support the US Space Shuttle program run by NASA.

The C-5 is a large high-wing cargo aircraft. It has a distinctive high T-tail, 25-degree wing sweep, and four TF39 turbofan engines mounted on pylons beneath the wings. The C-5 is similar in layout to its smaller predecessor, the C-141 Starlifter. The C-5 has 12 internal wing tanks and is equipped for aerial refueling. It has both nose and aft doors for "drive-through" loading and unloading of cargo. The C-5 is also known as FRED (fucking, ridiculous, economic/environmental disaster) by its crews due to its maintenance/reliability issues and large consumption of fuel. Excavators inside a C-5.Loadmasters ensure cargo is secured and balanced before takeoff.

It has an upper deck seating area for 73 passengers and two loadmasters. The passengers face the rear of the aircraft, rather than forward. Its takeoff and landing distances, at maximum gross weight, are 8,300 ft (2,500 m) and 4,900 ft (1,500 m) respectively. Its high flotation main landing gear has 28 wheels to share the weight. The rear main landing gear is steerable for a smaller turning radius and it rotates 90 degrees horizontally before it is retracted after takeoff. The "kneeling" landing gear system permits lowering of the parked aircraft so the cargo floor is at truck-bed height to facilitate vehicle loading and unloading.

The C-5 has a Malfunction Detection Analysis and Recording (MADAR) system to identify errors throughout the aircraft. Some Galaxies have a Low Pressure Pneumatic System (LPPS) that utilizes a turbo compressor driven by bleed air to provide up to 150 psi pressure for inflating the aircraft's tires. One of the unique features of the aircraft is the crosswind landing system that allows the landing gear to be offset up to 20 degrees either side of centerline; when the main landing gear was down (MLG) all the other 28 wheels would be slaved to the MLG and driven by hydraulic actuators to the same offset.

The C-5 features a cargo compartment 121 ft (37 m) long, 13.5 ft (4.1 m) high, and 19 ft (5.8 m) wide, or just over 31,000 cu ft (880 m3). The compartment can accommodate up to 36 463L master pallets or a mix of palletized cargo and vehicles. The cargo hold of the C-5 is a foot longer than the entire length of the first powered flight by the Wright Brothers at Kitty Hawk. The nose and aft doors open the full width and height of the cargo compartment to permit faster and easier loading. Ramps are full width at each end for loading double rows of vehicles.

The Galaxy is capable of carrying nearly every type of the Army's combat equipment, including bulky items such as the 74 short tons (67 t) armored vehicle launched bridge (AVLB), from the United States to any location on the globe. A C-5 is capable of transporting up to six Boeing AH-64 Apaches or five Bradley Fighting Vehicles.

A detail of the C-5's nose assembly raised for loading and unloading.