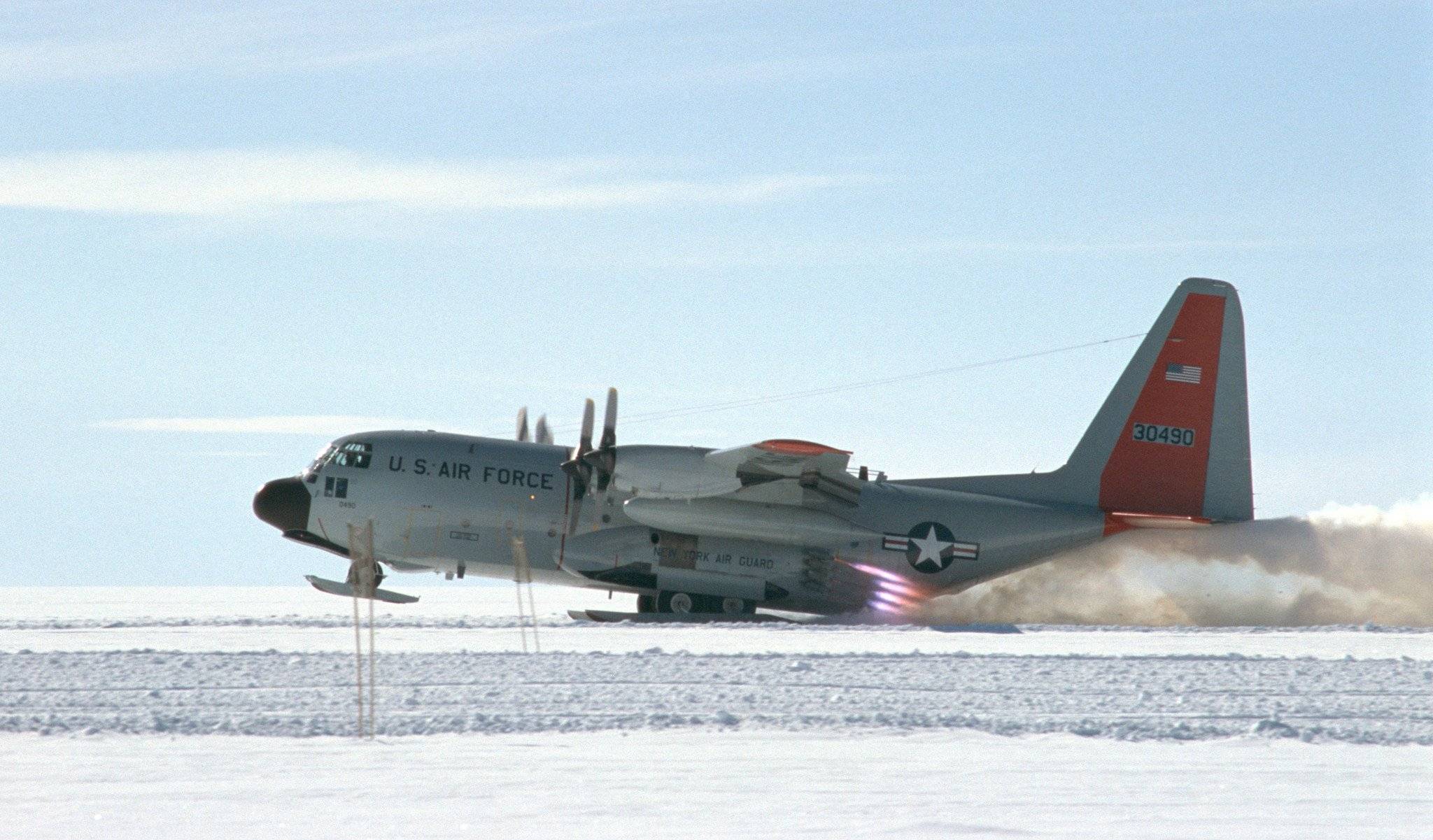 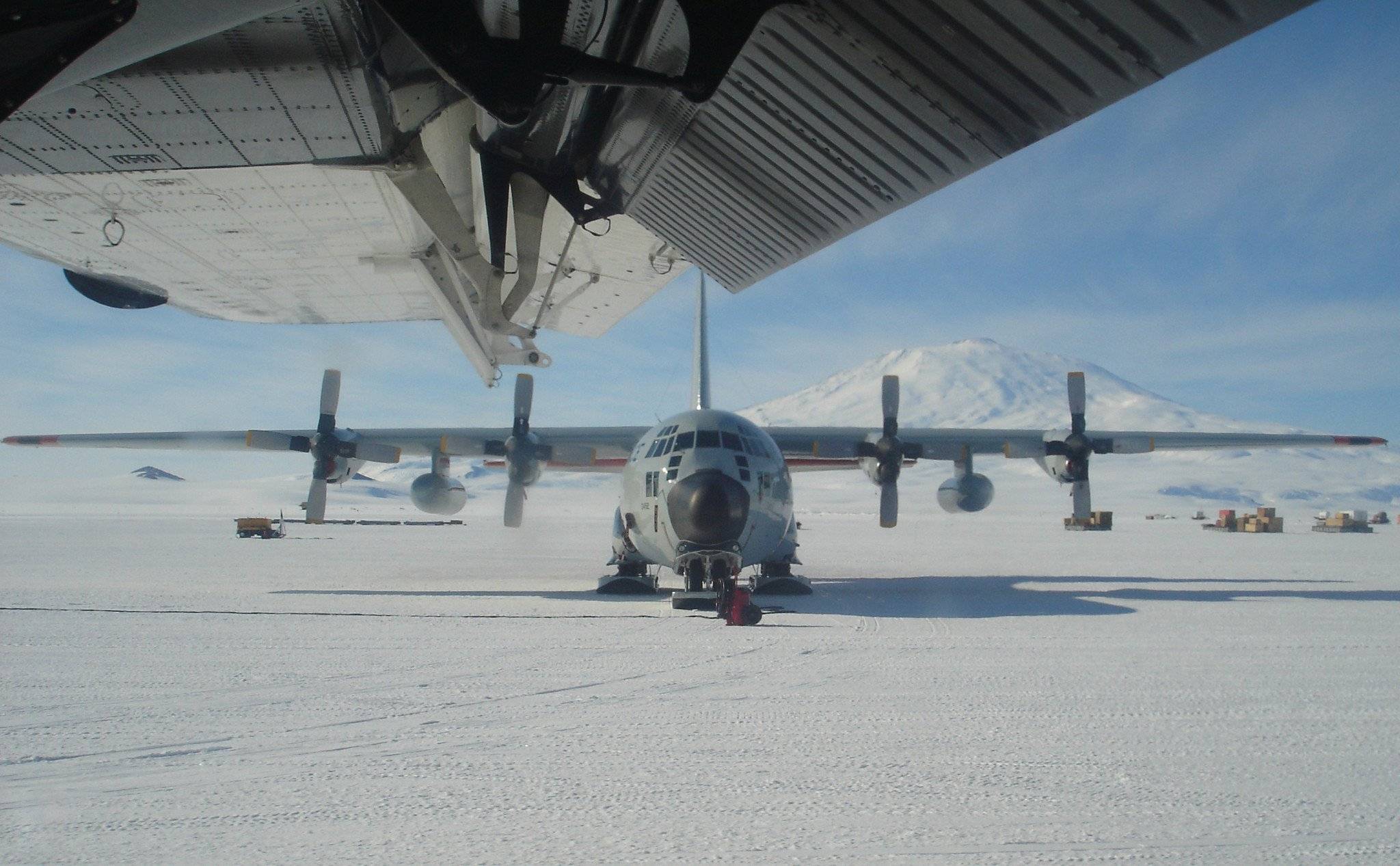 The Lockheed LC-130 is a ski-equipped United States Air Force variant of the C-130 Hercules used in the Arctic and Antarctic. Ten are currently in service with the 109th Airlift Wing of the New York Air National Guard.

The LC-130 started as a prototype model developed by modifying a C-130A with skis in 1956. After testing in 1957, 12 additional C-130A models were modified with skis and hydraulics under the designation of C-130D. In 1959 the first four factory equipped, ski-based Hercules were produced under the Navy designation of UV-1L. These C-130's are USAF C-130B models. Later in the program the designation was changed from UV-1L to C-130BL. This designation was again later changed to LC-130F when aircraft nomenclature was standardized for all services by the U. S. Defense Department in 1962. These four aircraft were bought by the Navy Department to support the Navy’s Antarctic expedition that was ongoing at the time. The Navy also bought one LC-130R model in 1968. The National Science Foundation bought the second set of aircraft as replacement aircraft. The Polar Program Division of the Foundation had assumed management of the Antarctic Program in the early 1970s. These aircraft were designated LC-130R and were delivered in two lots: the first lot of three in 1974 and the remaining two in 1976.

The primary mission of the LC-130 is supporting the scientific community in Antarctica by transporting cargo and personnel from theMcMurdo Station to field stations and camps, including the Amundsen-Scott South Pole Station.

The aircraft are equipped with retractable skis that allow the aircraft to land on snow and ice as well as on conventional runways. The aircraft have provisions for using jet-assisted-takeoff (JATO) rockets, four on each side of the aircraft, that are used when the LC-130 operates from rough, unprepared snow surfaces or when shorter takeoff runs are needed. Originally the expended rocket bottles were jettisonable, but due to several accidents which occurred when a bottle detached from the aircraft during takeoff, the mounting provisions were changed so that the bottles could not be released in the air.