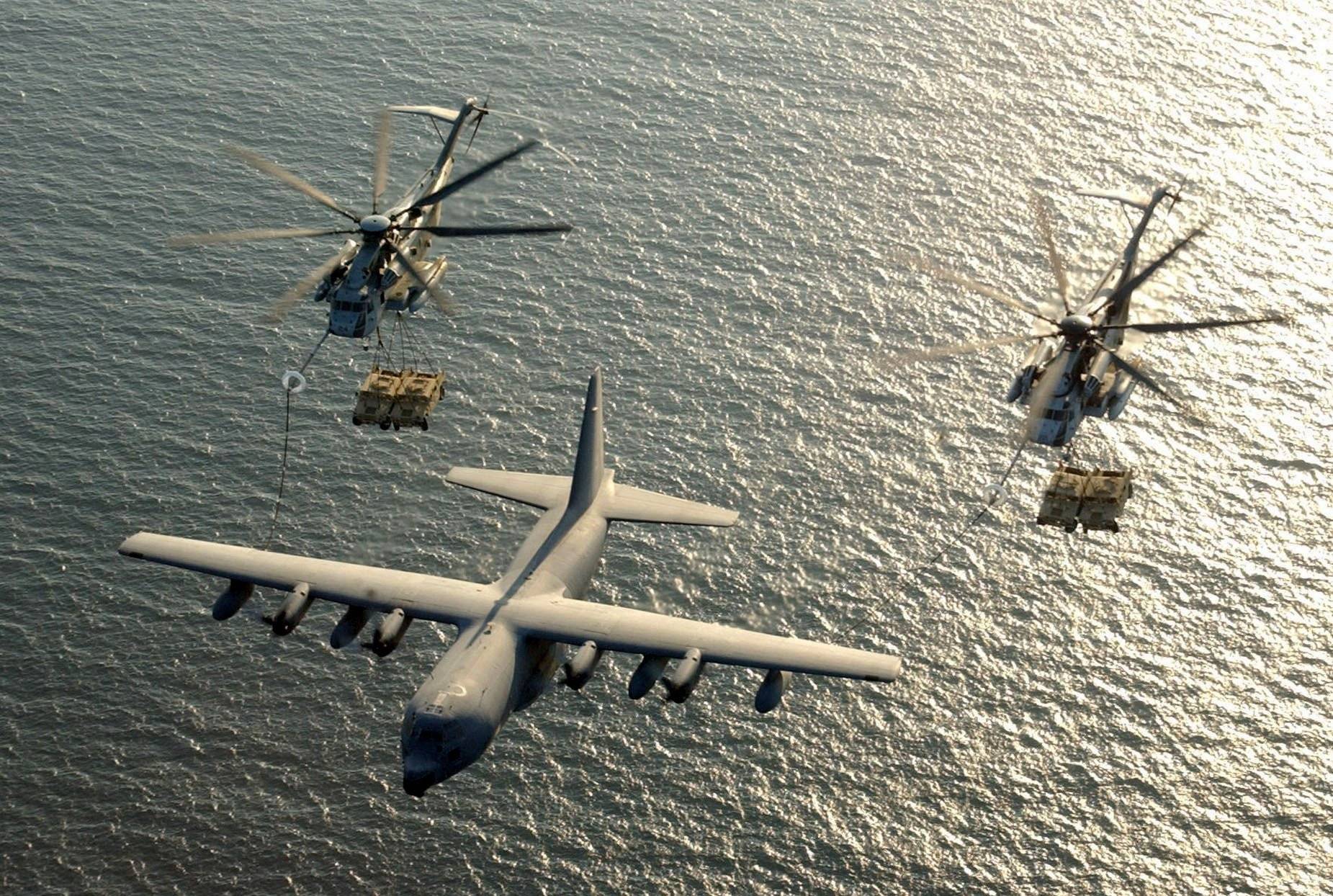 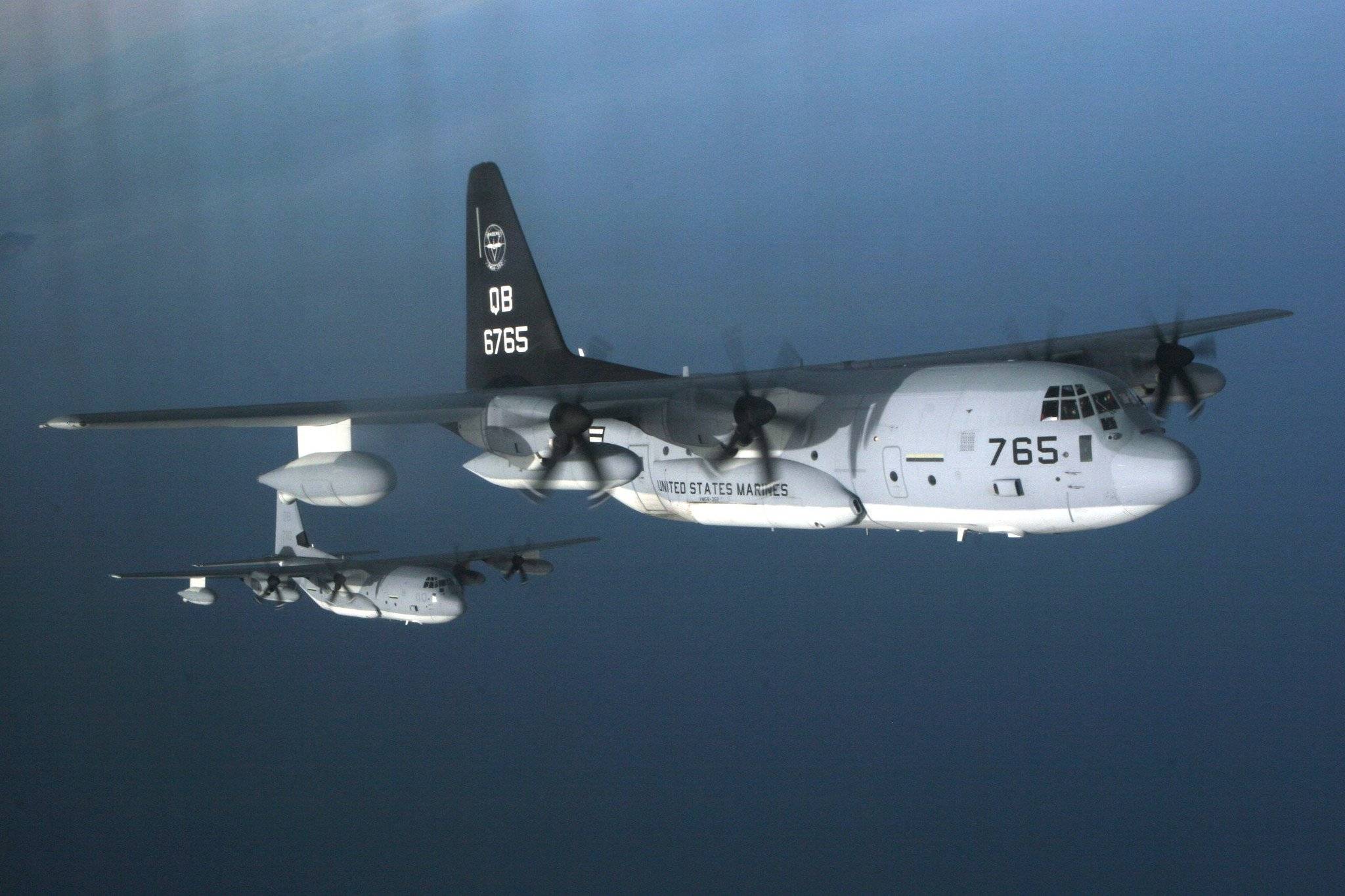 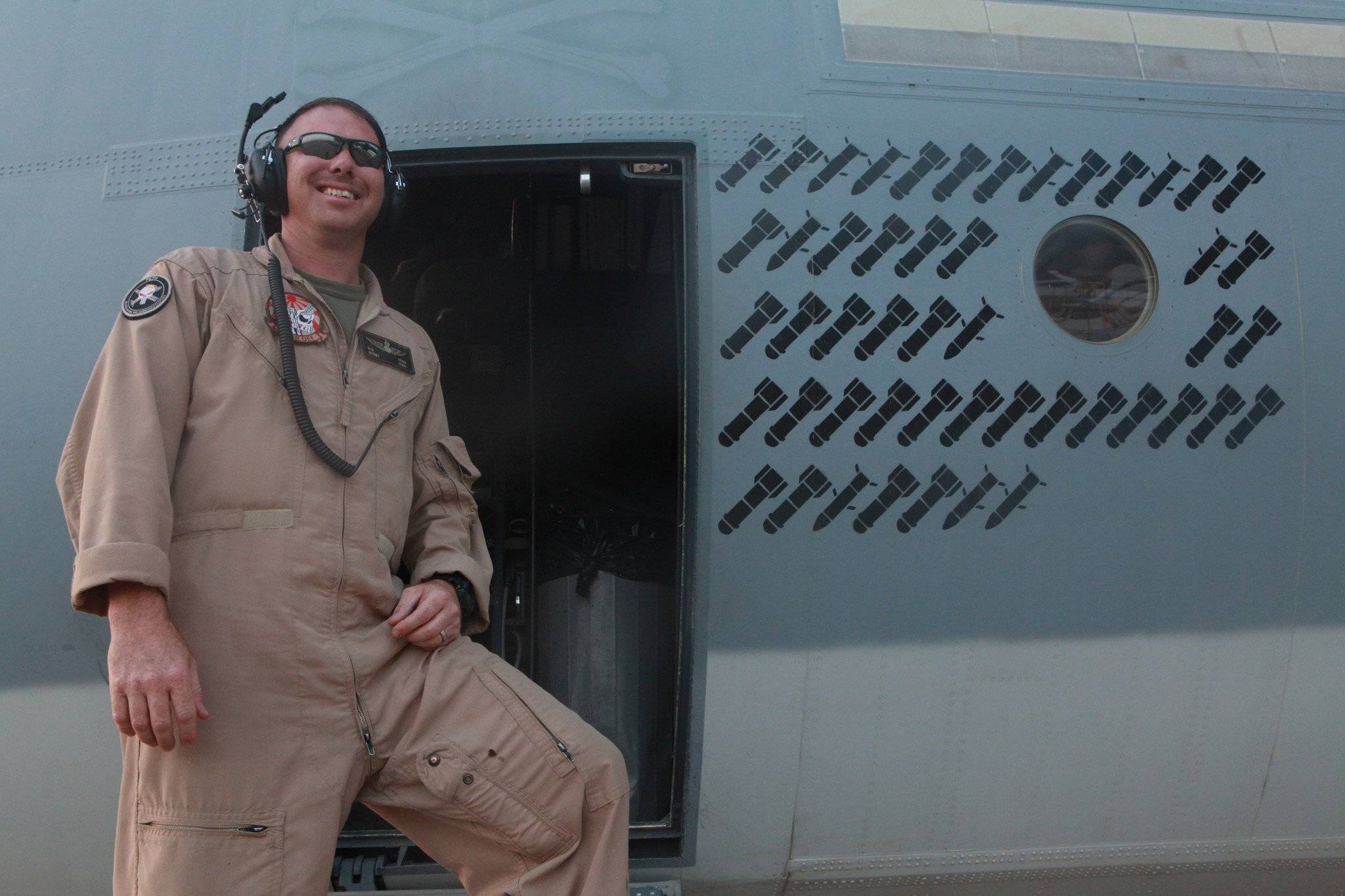 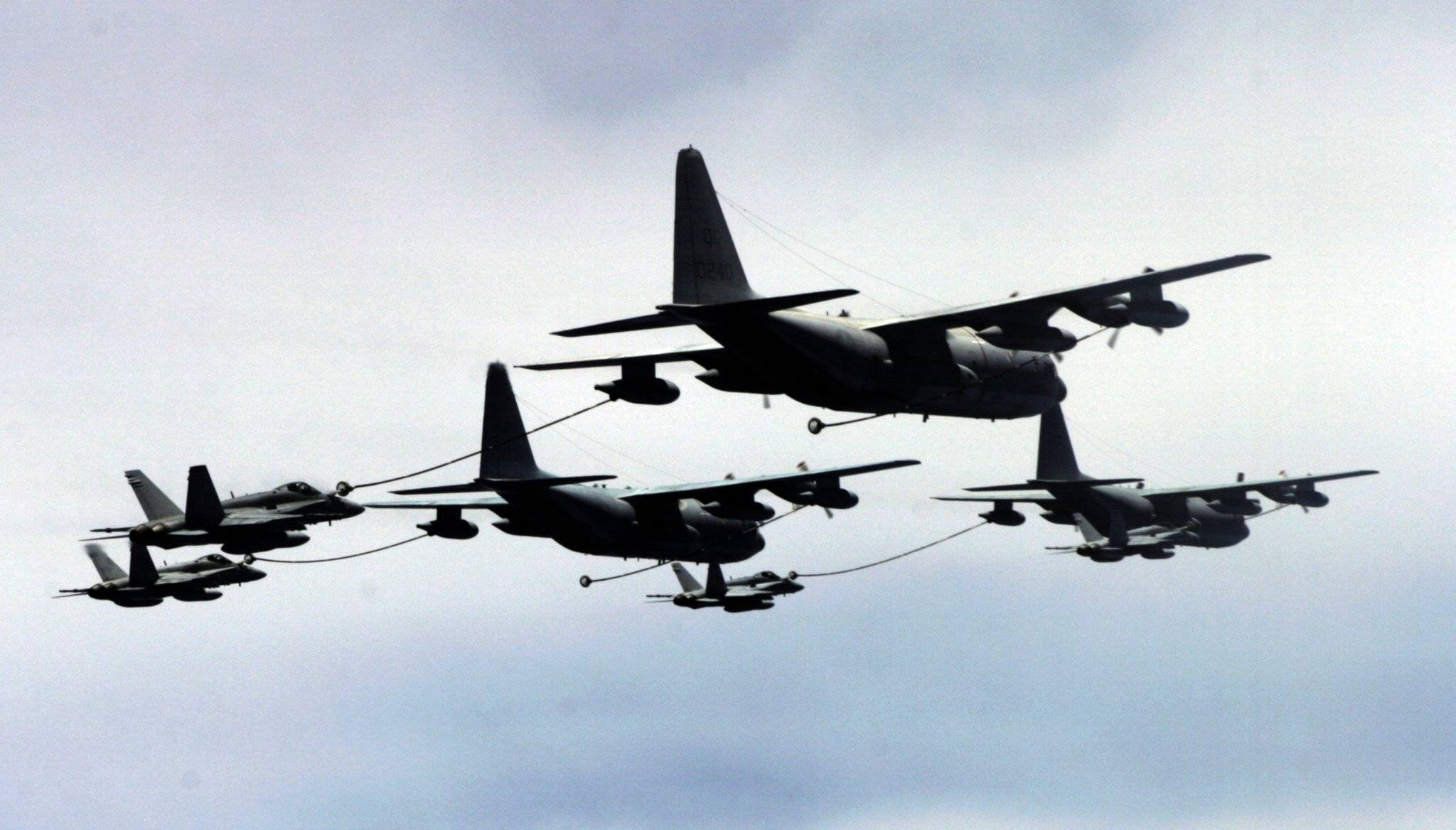 The Lockheed Martin KC-130 is the basic designation for a family of the extended-range tanker version of the C-130 Hercules transport aircraft modified for aerial refueling. The KC-130J is the latest variant operated by the United States Marine Corps, with 38 delivered out of 47 ordered. It replaced older KC-130F and KC-130R variants, while USMC reserve units still operate 28 KC-130T aircraft.

With the addition of the Marine Corps's ISR / Weapon Mission Kit, the KC-130J will be able to serve as an overwatch aircraft and can deliver ground support fire in the form of Hellfire or Griffin missiles, precision-guided bombs, and eventually 30mm cannon fire in a later upgrade. This capability, designated as "Harvest HAWK" (Hercules Airborne Weapons Kit), can be used in scenarios where precision is not a requisite, such as area denial.

The AN/AAQ-30 Targeting Sight System (TSS) integrates an infrared and television camera, and is mounted under the left wing's external fuel tank. It is the same TSS used on the upgraded AH-1Z Viper attack helicopter . The typical loadout is four Hellfire missiles and 10 Griffin GPS guided missiles. The weapons systems operator uses a Fire Control Console mounted on a standard cargo pallet in the KC-130J’s cargo compartment.

The aircraft retains its original capabilities in refueling and transportation. The entire system can be removed in less than a day if necessary. The USAF MC-130W Dragon Spear program uses a similar concept.