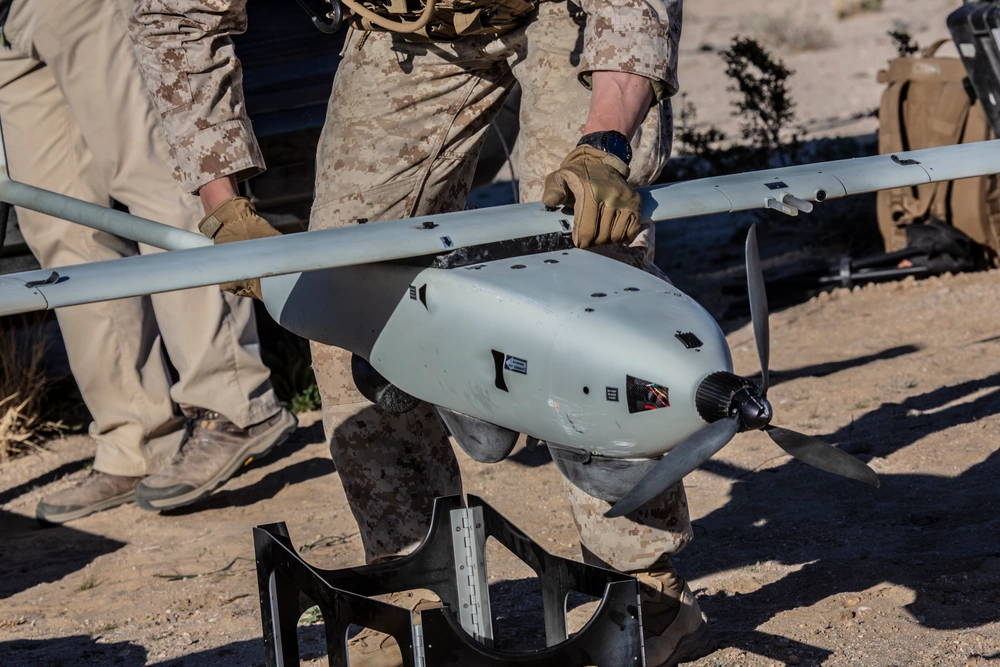 The Lockheed Martin Stalker was created in 2006 by the same Skunk Works team responsible for the Desert Hawk. It is hand launched and belly landed, has a quiet electric motor and propeller, and carries a detachable camera payload. The camera system has modules for daylight, low light, and infrared. The camera system can be removed and replaced with dropable payloads.

A propane fuel cell powered version of the Stalker with 8 hours endurance (quadruple the 2 hours available on battery power) has been developed.

In July 2012, a Stalker demonstrated, in a wind tunnel test, a capability of in excess of 48 hours continuous flight while being powered by a ground-based laser system. Following the wind tunnel test, Lockheed and LaserMotive Inc. performed a series of outdoor tests with the laser powering system the next month. The flight tests went successfully, and accomplishments included:

In August 2013, Lockheed revealed an improvement of the Stalker XE with an endurance of 13 hours. The previous version used a 2.2 liter liquid propane tank, while the new version uses a 3.2 liter tank. Both versions use the same fuel cell. Stalker UAVs have been used by Army and Marine Special Forces in Afghanistan to detect improvised explosive devices. Users haven't requested changes to the airframe, but have requested endurance changes, with aircraft being put in the air two to three times a day, every day. Several potential foreign sales are under negotiation, with customers and numbers of systems being undisclosed. Lockheed also revealed that they plan to continue testing the laser-charged Stalker. The current laser apparatus, built by LaserMotive, is about the size of a horse trailer, and they are working to reduce its size to something that can be used for tactical operations. Ideal size is about the same as "two travel suitcases put together."