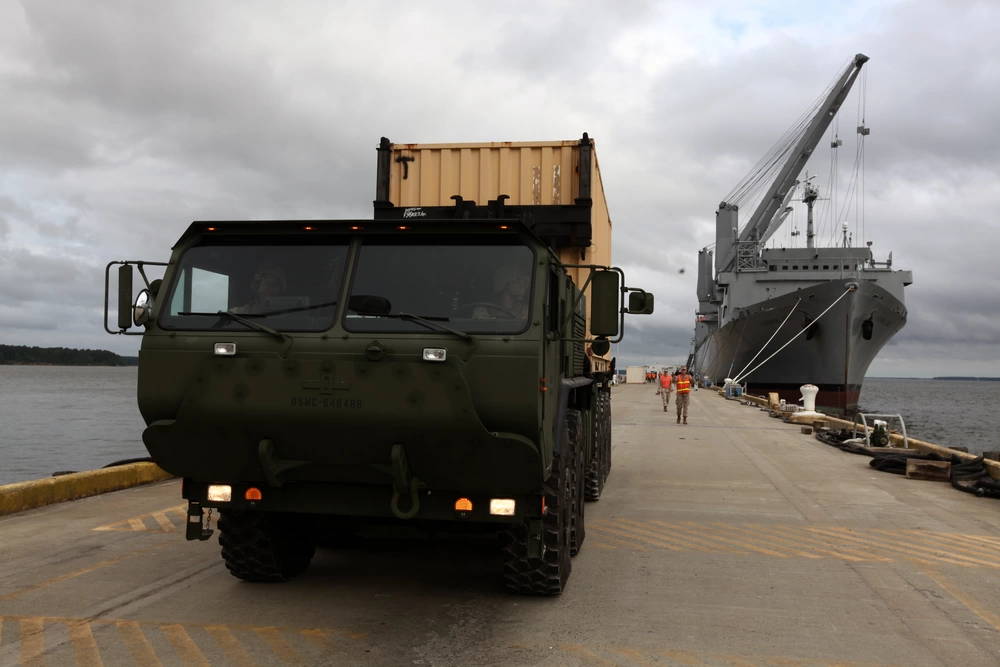 The LVS was fielded in 1985 as the Marine Corps heavy tactical vehicle system. It was designed and manufactured by the Oshkosh Corporation. The United States Army has a similar tactical vehicle called the Heavy Expanded Mobility Tactical Truck (HEMTT). The key differences between the two is the LVS's ability to interchange Front Power Units with Rear Body Units. The LVS also steers through both standard wheel pivoting (as on a typical automobile) and hydraulic yaw steering (by articulating the Front Power Unit against the Rear Body Unit). This gives the LVS remarkable maneuverability for its size. It and the LVSR can haul up to 22.5 tonnes (22,500 kg) on highways.

The Logistics Vehicle System Replacement (LVSR) is an upgraded version, first fielded in 2009. The $740.2 million contract with Oshkosh signed in June 2006 will yield 1,592 of the 36 feet (11 m) units to the Marine Corps. The articulation system has been discarded in favor of a ten-wheel system, the TAK-4 suspension system used in the Medium Tactical Vehicle Replacement for off-road capability, an improved weapons turret with electric motor, and integrated vehicle armor with add-on kits available. The front two and back two axles can be steered, reducing the turning radius to 83 feet (25 m) from the 90 and 100 feet (27 and 30 m) without.