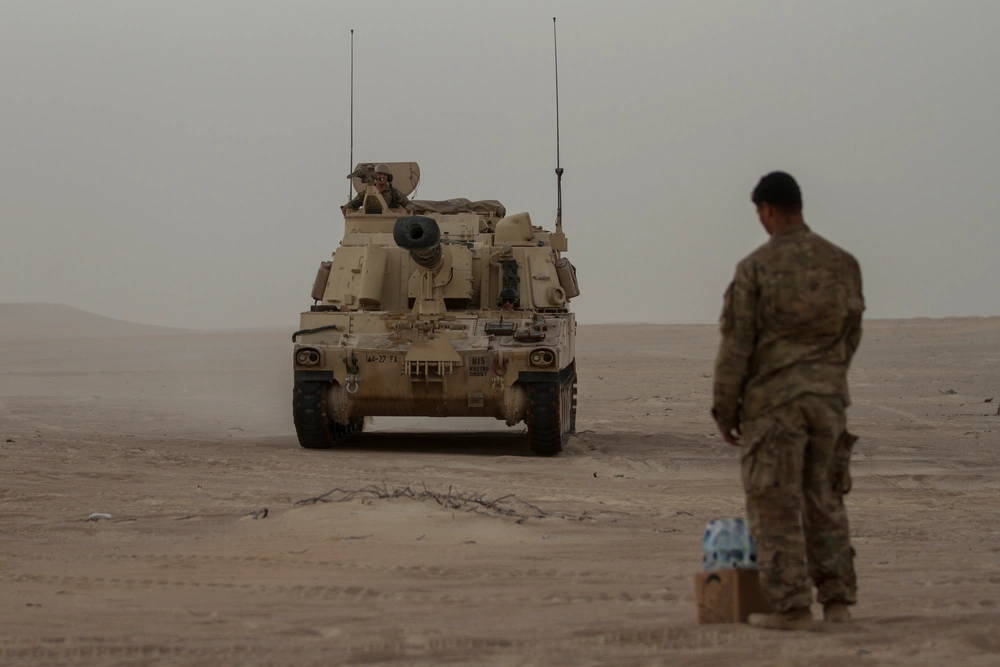 The M109 is an American-made self-propelled 155 mm howitzer, first introduced in the early 1960s. It was upgraded a number of times to today's M109A6 Paladin. The M109 family is the most common Western indirect-fire support weapon of maneuver brigades of armored and mechanized infantry divisions.

The M109 has a crew of six: the section chief, the driver, the gunner, the assistant gunner and two ammunition handlers. The gunner aims the cannon left or right (deflection), the assistant gunner aims the cannon up and down (quadrant). The M109A6 Paladin needs only a crew of four: the commander, driver, gunner and ammunition loader.

The British Army replaced its M109s with the AS-90. Several European armed forces have or are currently replacing older M109s with the German PzH 2000. Upgrades to the M109 were introduced by the U.S. (see variants below) and by Switzerland (KAWEST). With the cancellation of the U.S. Crusader, the Paladin remains the principal self-propelled howitzer for the U.S. for the foreseeable future.