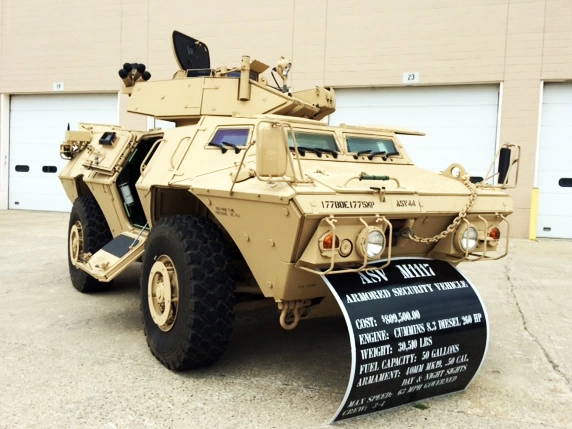 The M1117 Guardian Armored Security Vehicle, or ASV, is an internal security vehicle manufactured by Textron Marine & Land Systems for use by the U.S. Army's Military Police Corps. Its armament consists of an Mk 19 grenade launcher and M2HB Browning machine gun, mounted in a turret similar to that used on the U.S. Marine Corps' Amphibious Assault Vehicle; and a M240H Medium Machine Gun mounted outside the gunner's hatch. The vehicle has become very popular with American military police and convoy security units in Iraq. It is a more heavily protected and heavily armed alternative to the armored Humvee which was not originally designed to be a protected fighting vehicle. The M1117 is considered to be part of the MRAP family of vehicles.

The following variants are known to be in production/service: