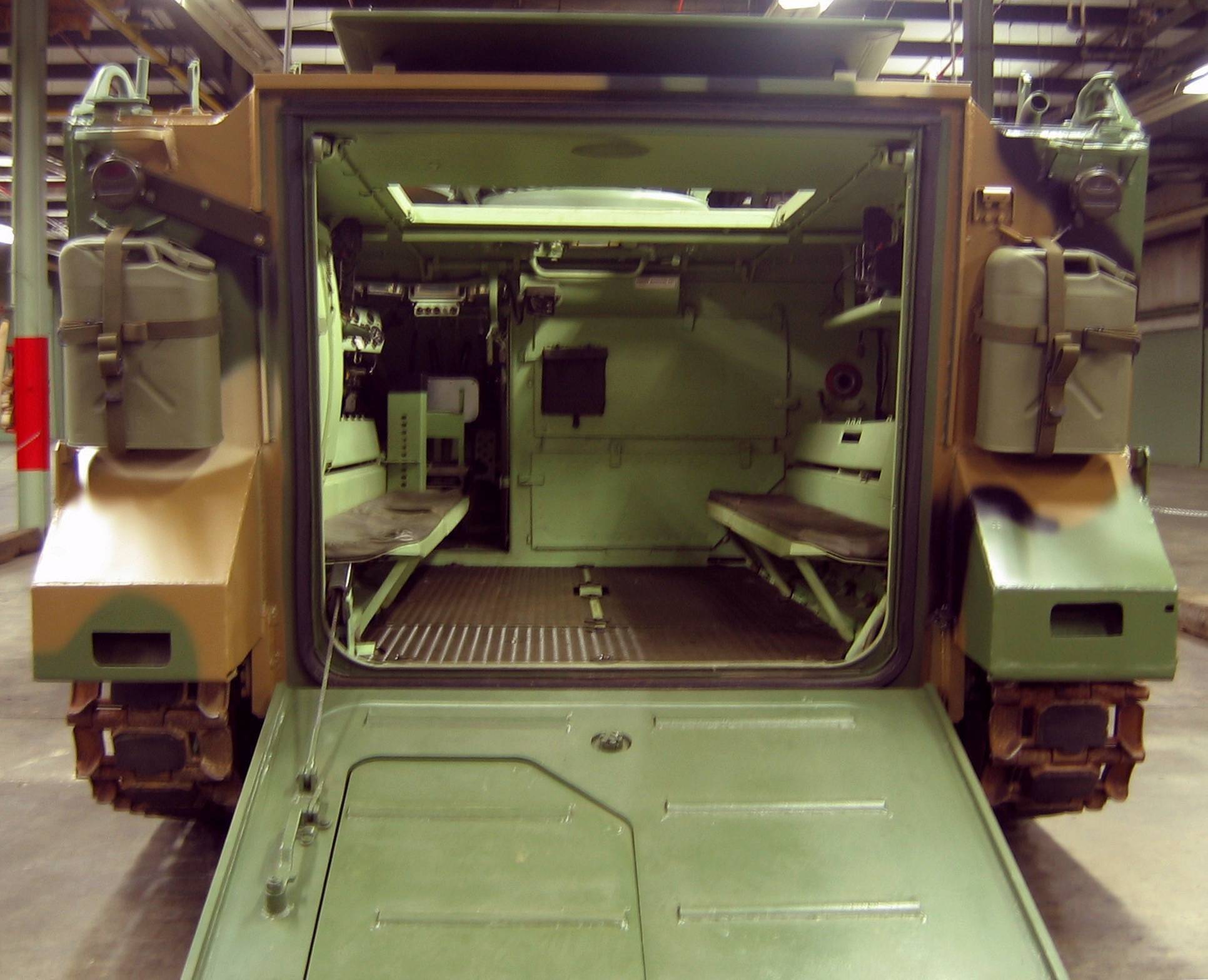 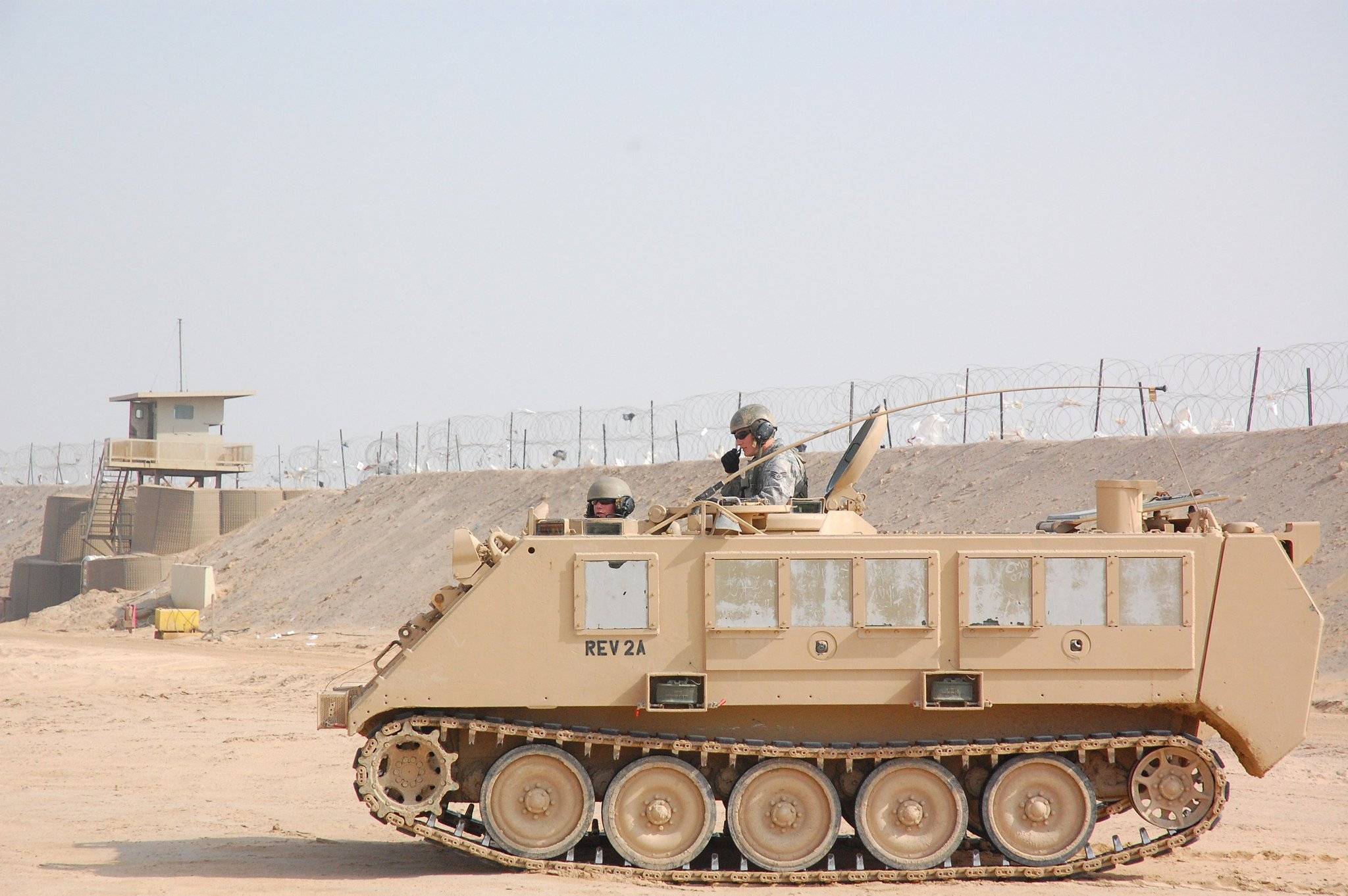 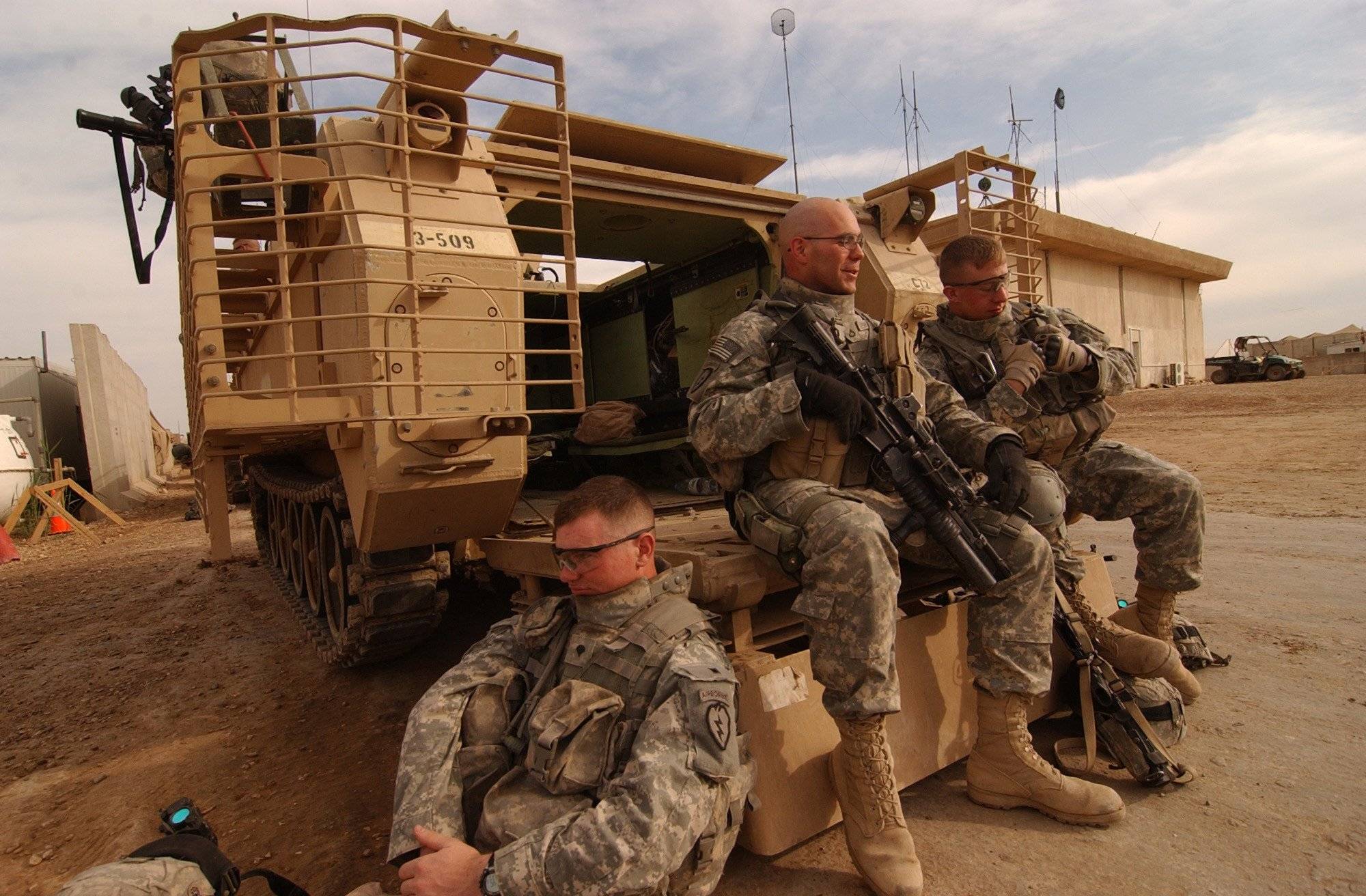 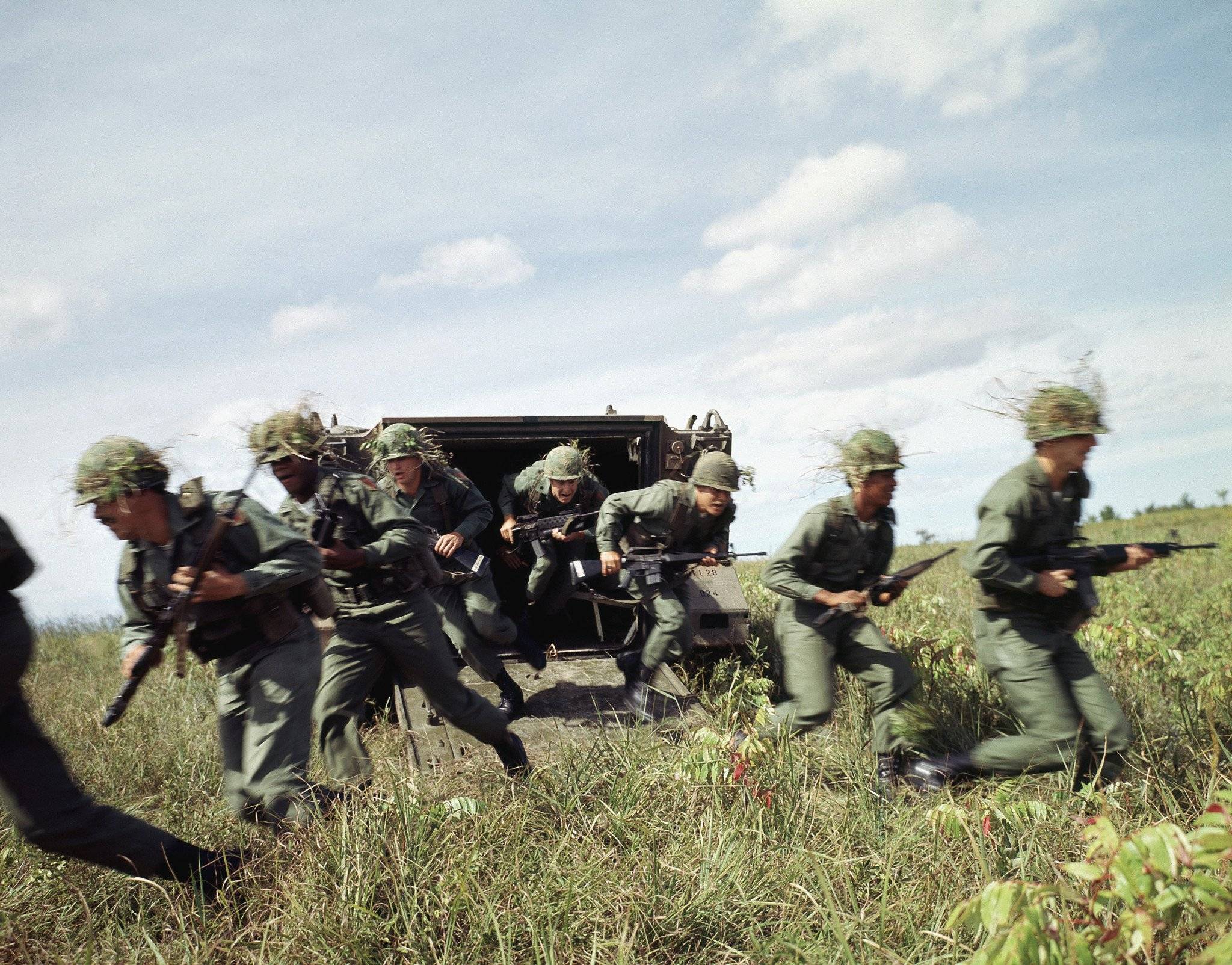 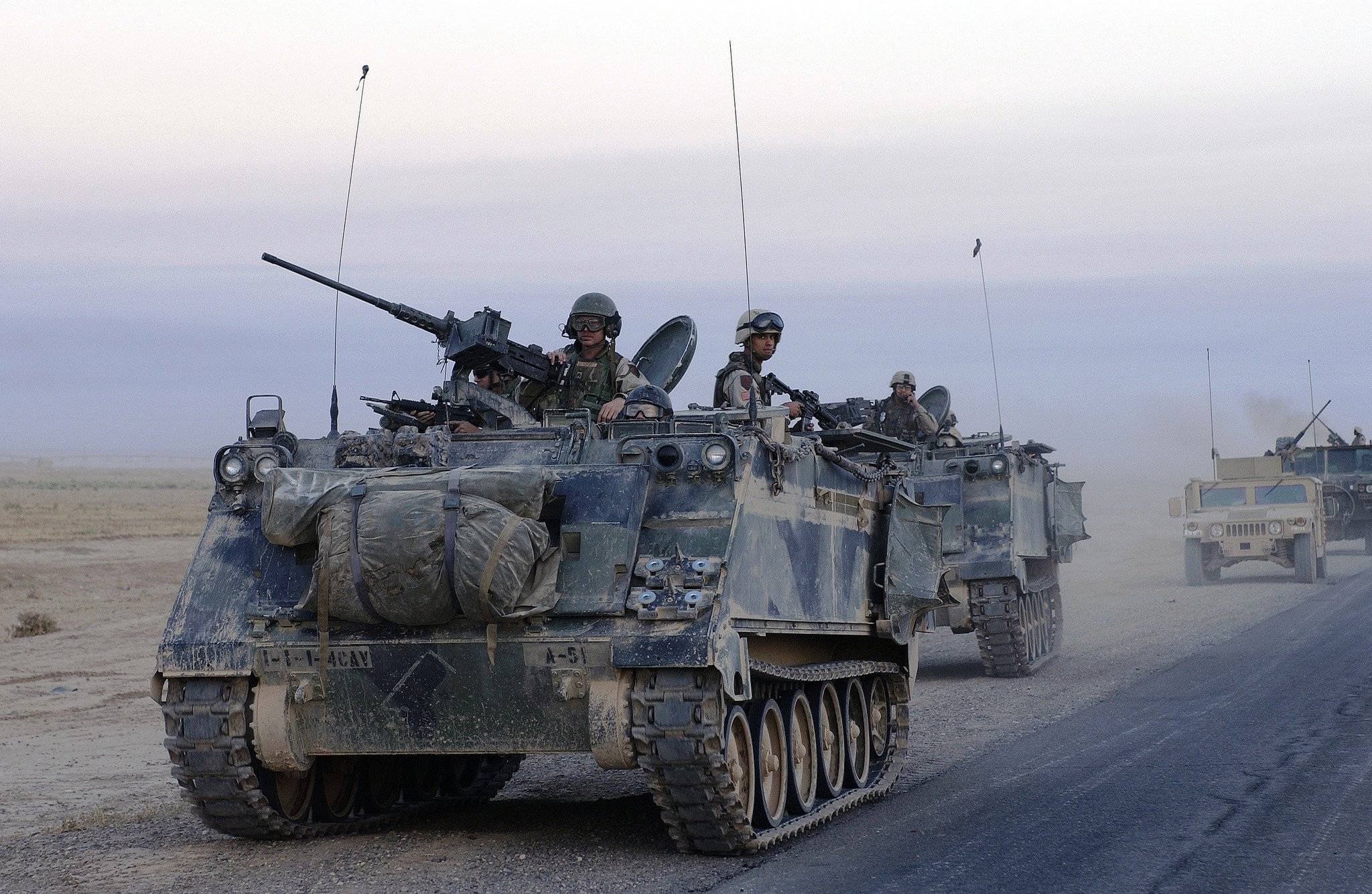 The M113 is a fully tracked armored personnel carrier currently manufactured by BAE Systems. The vehicle was first fielded by United States Army's mechanized infantry units in Vietnam in April 1962. The M113 was the most widely used armored vehicle of the U.S. Army in the Vietnam War, earning the nickname 'Green Dragon' by the Viet Cong as it was used to break through heavy thickets in the midst of the jungle to attack and overrun enemy positions, but largely known as an APC and ACAV (armored cavalry assault vehicle) by the allied forces.

The M113 introduced new aluminum armor that made the vehicle much lighter than earlier vehicles; it was thick enough to protect the crew and passengers against small arms fire but light enough that the vehicle was air transportable and moderately amphibious. In the U.S. Army, the M113 series have long been replaced as front-line combat vehicles by the M2 and M3 Bradley, but large numbers are still used in support roles such as armored ambulance, mortar carrier, engineer vehicle, command vehicle, etc. The Army's Heavy Brigade Combat Teams are currently equipped with around 6,000 M113s and 4,000 Bradleys.

The M113's versatility spawned a wide variety of adaptations that live on worldwide, and in U.S. service. These variants together represent about half of U.S. Army armored vehicles today. To date, it is estimated that over 80,000 M113s of all types have been produced and used by over 50 countries worldwide, making it one of the most widely used armored fighting vehicles of all time. The Military Channel's "Top Ten" series named the M113 the most significant infantry vehicle in history. The U.S. Army planned to retire the M113 family of vehicles by 2018, seeking replacement with the GCV Infantry Fighting Vehicle program, but now replacement of the M113 has fallen to the Armored Multi-Purpose Vehicle (AMPV) program.

The basic M113 armored personnel carrier can itself be fitted with a number of weapon systems. The most common weapon fit is a single .50 caliber M2 machine gun. However, the mount can also be fitted with a 40 mm Mk 19 automatic grenade launcher. A number of anti-tank weapons could be fitted to the standard variant: the U.S. Army developed kits that allowed the M47 Dragon and BGM-71 TOW anti-tank missile systems to be mounted. In the case of the M47, the system mated to the existing machine gun mount, without having to remove the machine gun. This allowed the commander to use the weapon, as well as the machine gun. A large array of turrets and fixed mounts are available to mount high explosive cannon from 20 mm to 105 mm to the M113 series making them function also as assault guns and fire support means; while in many cases still having room inside to carry dismounted infantry or cavalry scouts.

The M113 is built of 5083 aircraft-quality aluminum alloy which gives it some of the same strength as steel at a slightly reduced weight, as the greater thickness allows structural stiffness.

Its weight allows the use of a relatively small engine to power the vehicle, a 6V53 Detroit 2-stroke six cylinder diesel, with an Allison TX-100-1 3-speed automatic transmission, and allows the vehicle to carry a large payload cross-country and to be transported by fixed- and rotary-wing aircraft. Original-production M113s can swim without deploying flotation curtains, using only a front-mounted trim vane; propelled in the water by their tracks.