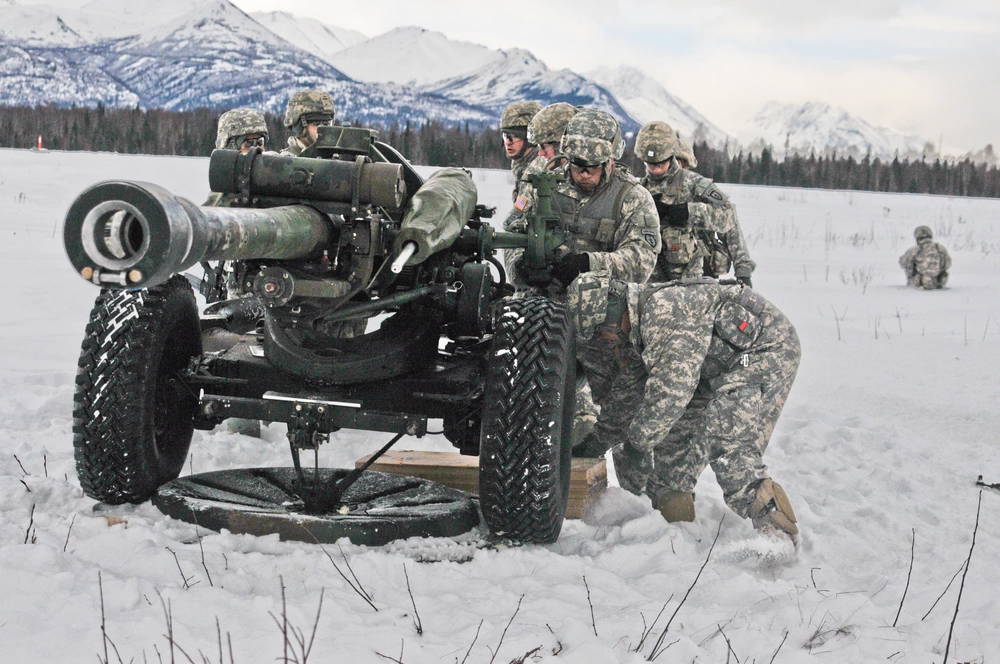 The M119 Howitzer is a lightweight 105mm howitzer used by the United States Army. It can be easily airlifted, even by helicopter, or dropped by parachute. It does not need a recoil pit.

The howitzer was designed and produced by the British Royal Ordnance Factories as the L118/L119 Light Gun. In the L118 configuration, the 105 mm ammunition is cased separate loading ammunition (not semi-fixed projectile and propelling charge as sometimes stated). The L118 entered service with the British Army in 1975 and is used by the Parachute and Commando Field Artillery Regiments. It saw combat during the Falklands War, where the 30 guns in action fired up to 400 rounds per gun per day, mostly at "Charge Super" i.e. the most powerful propellant charge available. The L119 is the L118 reconfigured to fire NATO-standard US/NATO 105 mm semi-fixed ammunition.

The M119A1 fires all standard NATO semi-fixed ammunition as well as special rocket-assisted projectiles, including: