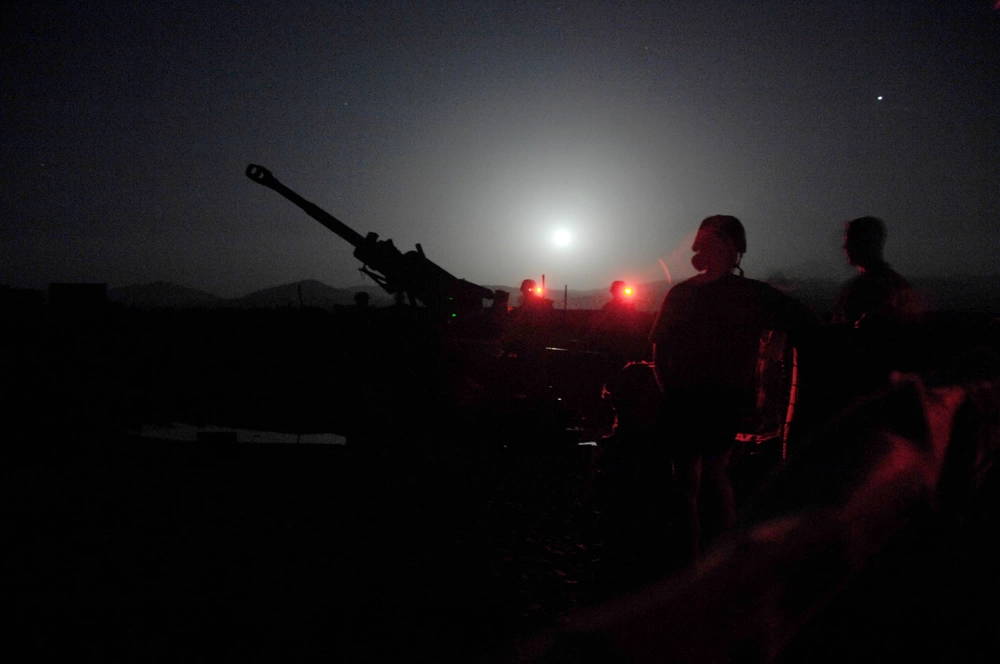 The M198 howitzer is a medium-sized, towed artillery piece, developed for service with the United States Army and Marine Corps. It was commissioned to be a lightweight replacement for the WWII-era M114 155mm howitzer. It was designed and prototyped at the Rock Island Arsenal in 1969 with firing tests beginning in 1970 and went into full production there in 1978. It entered service in 1979 and since then 1,600 units have been produced and put into operation.

The M198 is being replaced in US and Australian service by the BAE M777 howitzer.

The M198 155mm howitzer weighs under 16,000 pounds, allowing it to be dropped by parachute or transported by a CH-53E Super Stallion or CH-47 Chinook. The M198 is a towed howitzer that is transported tail first. The gun tube can be rotated over the howitzer's trail legs to reduce its length, though this requires removal of the muzzle brake, or left in the firing position for faster deployment. When firing, the weapon is lowered onto its baseplate rather than being anchored to the ground, allowing for rapid emplacement. The breech is operated manually via a screw type mechanism that rests low in an ergonomic position. The M198 fires non-fixed ammunition and can be loaded with a variety of propellants and projectiles. The effective range is 18,100 meters when firing standard projectiles, and it increases to 30,000 meters when firing rocket-assisted projectiles and guided ammunition. With the 52-caliber modification the range can surpass 40,000 meters. The weapon system requires a crew of 11 and is capable of firing at a maximum rate of four rounds per minute, two sustained.

The M198 is deployed in separate corps- and army-level field artillery units, as well as in artillery battalions of light and airborne divisions. It also provides field artillery fire support for all Marine Air-Ground Task Force organizations.