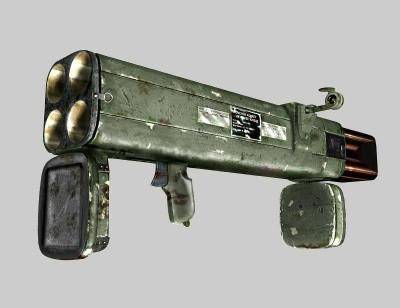 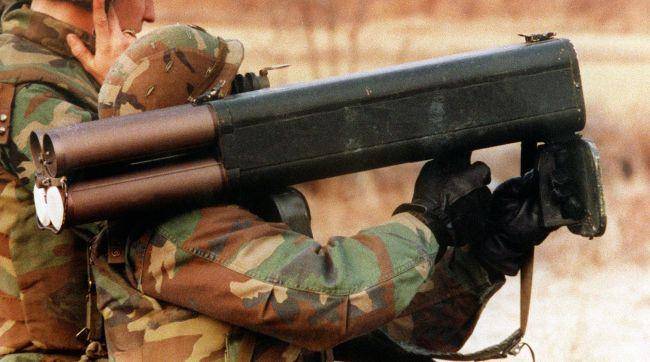 The M202 FLASH (FLame Assault SHoulder Weapon) is an American rocket launcher, designed to replace the World War II–vintage flamethrowers (such as the M1 and the M2) that remained the military's standard incendiary devices well into the 1960s. The M202 is based on the prototype XM191 napalm rocket launcher that saw extensive testing in the Vietnam War.

The M202A1 features four tubes that can load 66 mm incendiary rockets. The M74 rockets are equipped with M235 warheads, containing approximately 1.34 pounds (0.61 kg) of an incendiary agent. The substance, often mistaken for napalm, is in fact TPA (thickened pyrophoric agent).

TPA is triethylaluminum (TEA) thickened with polyisobutylene. TEA, an organometallic compound, is pyrophoric and burns spontaneously at temperatures of 1200 °C (2192 °F) when exposed to air. It burns "white hot" because of the aluminum, much hotter than gasoline or napalm. The light and heat emission is very intense and can produce skin burns from some (close) distance without direct contact with the flame, by thermal radiation alone.

As the caliber is shared with the contemporary M72 LAW antitank rocket launcher, it would have been theoretically possible to fire HEAT anti-tank rockets in lieu of the incendiary payload; the XM191 prototype was capable of this. No such round was developed for the M202.

The weapon is meant to be fired from the right shoulder, and can be fired from either a standing, crouching, or prone position. It has a trigger mode to facilitate firing all four rockets at once, not just one at a time. After firing, it can be reloaded with a clip housing four rockets.

The M202A1 was rated as having a 50% chance of hit against the following targets at the noted ranges, assuming all four rockets were fired at the same time:

The M202A1 was issued as needed, generally one per rifle platoon, although the headquarters of rifle companies were authorized nine M202A1s. As with most RPGs, no dedicated gunners were trained, the weapon instead being carried in addition to the rifleman's standard weapon. While vastly more lightweight than the M2 flamethrower it replaced, the weapon was still bulky to use and the ammunition suffered from reliability problems. As a result, the weapon had mostly been relegated to storage by the mid-1980s, even though it nominally remains a part of the U.S. Army arsenal.

In recent conflicts, U.S. forces have used thermobaric munitions as well as pyrophoric weapons. The M202A1 has been among weapons listed on the inventory of U.S. units in the War in Afghanistan.