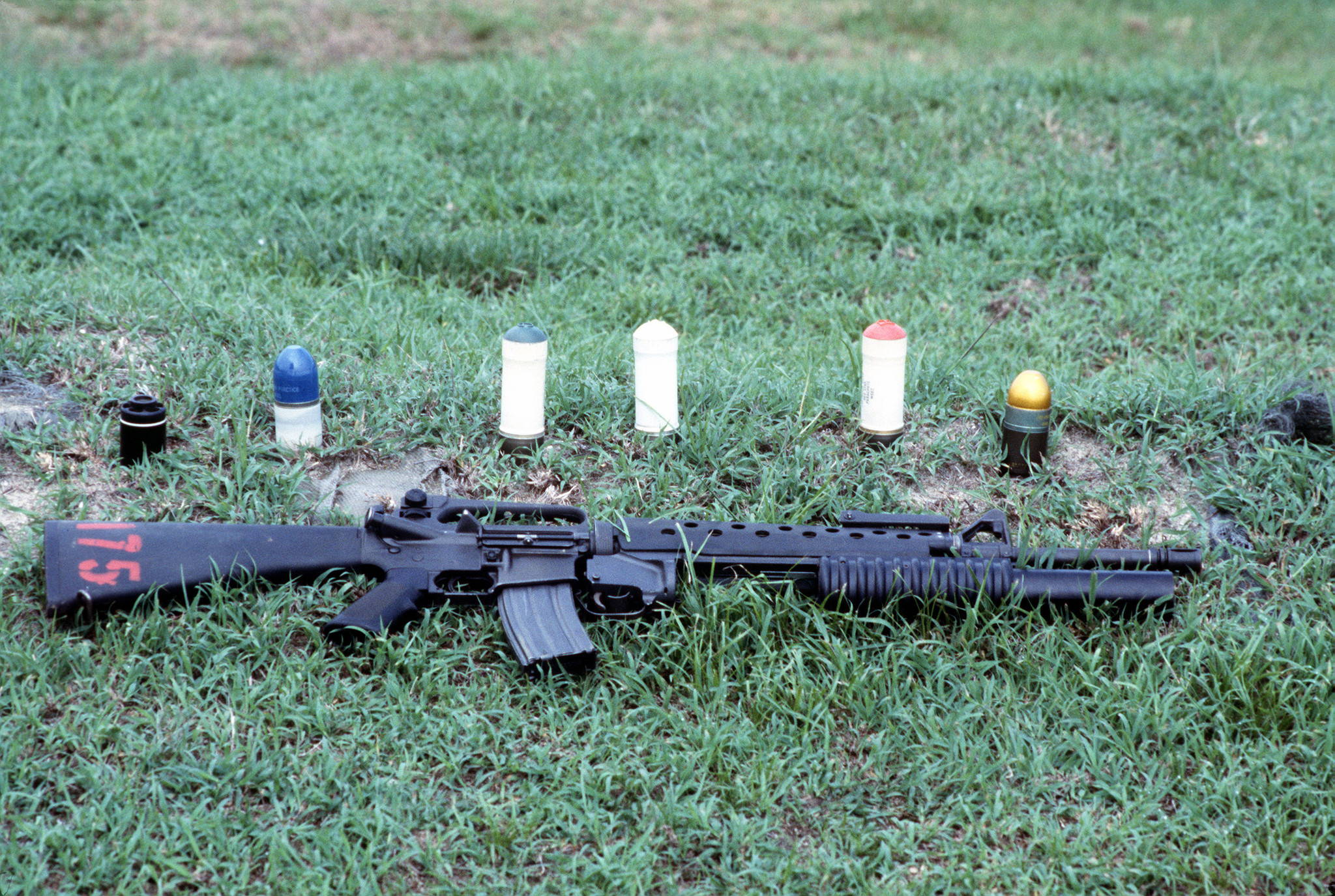 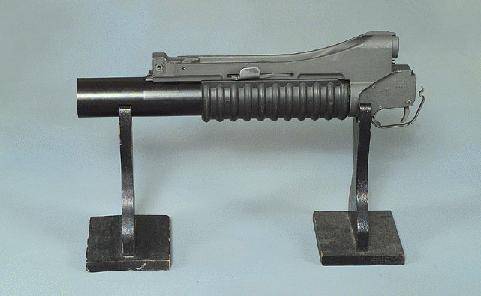 The M203 is a single shot 40 mm grenade launcher designed to attach to a rifle. It uses the same rounds as the older stand-alone M79 break-action grenade launcher, which utilizes the High-Low Propulsion System to keep recoil forces low. Though versatile, and compatible with many rifle models, the M203 was originally designed for the U.S. M16 and its variant, the M4 Carbine. The launcher can also be mounted onto a C7, a Canadian version of the M16 rifle, however, this requires the prior removal of the bottom hand-guard.

Stand-alone variants of the M203 exist, as do versions designed specifically for many other rifles. The device attaches under the barrel, the launcher trigger being in the rear of the launcher, just forward of the rifle magazine. The rifle magazine functions as a hand grip when firing the M203. A separate sighting system is added to rifles fitted with the M203, as the rifle's standard sights are not matched to the launcher. The version fitted to the Canadian C7 has a sight attached to the side of the launcher, either on the left or right depending on the user's needs.