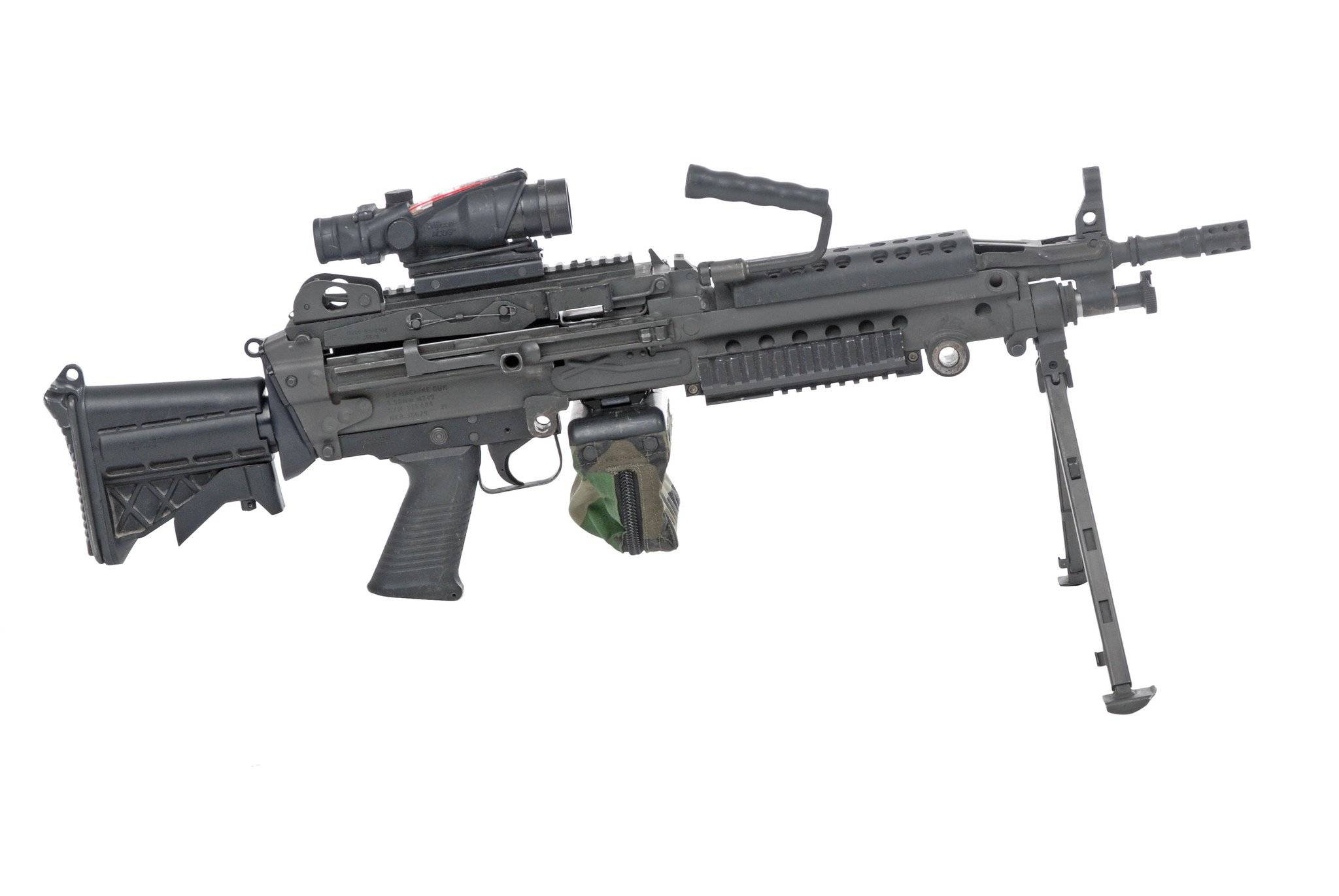 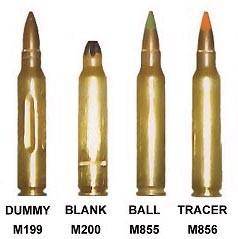 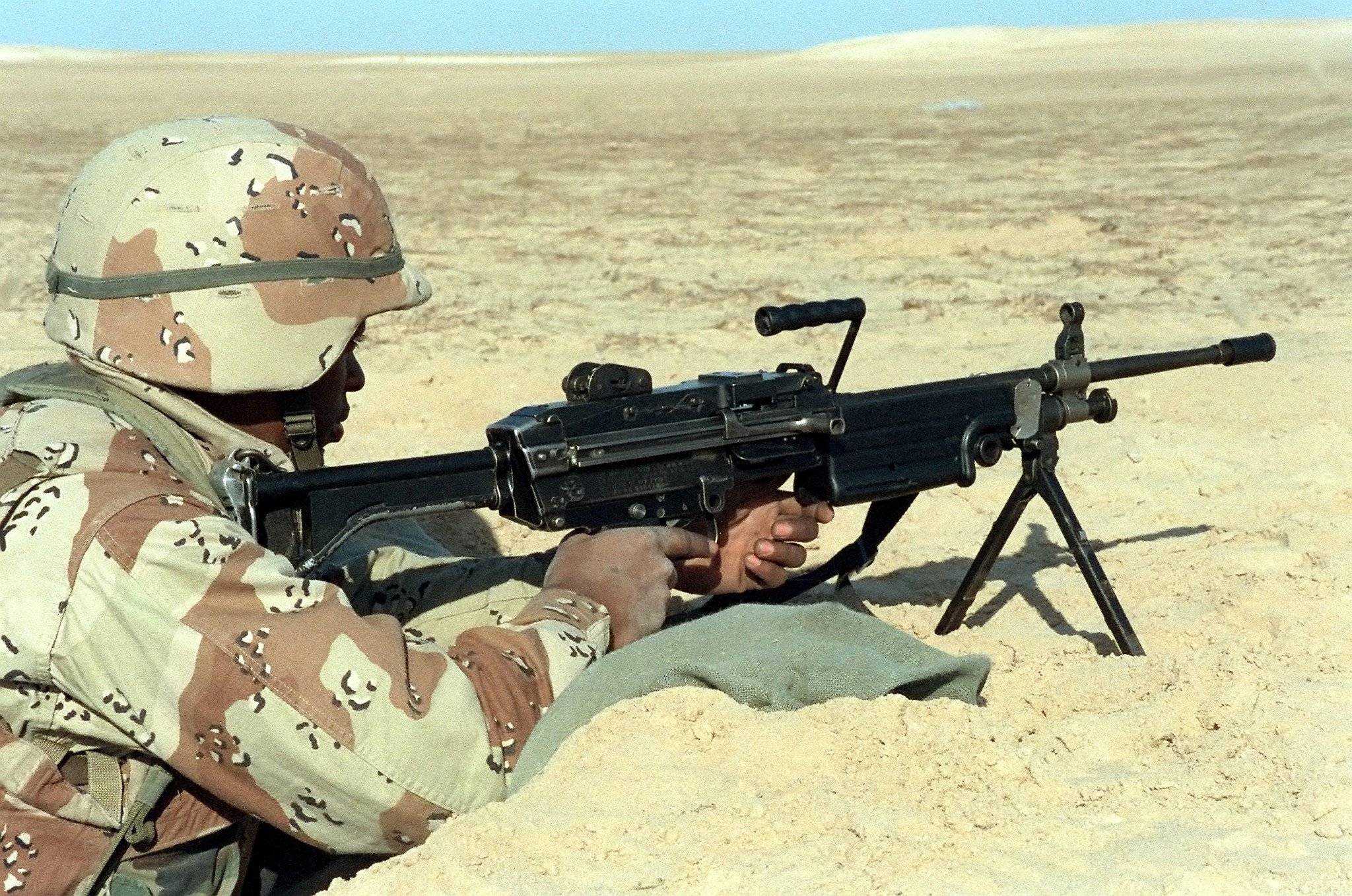 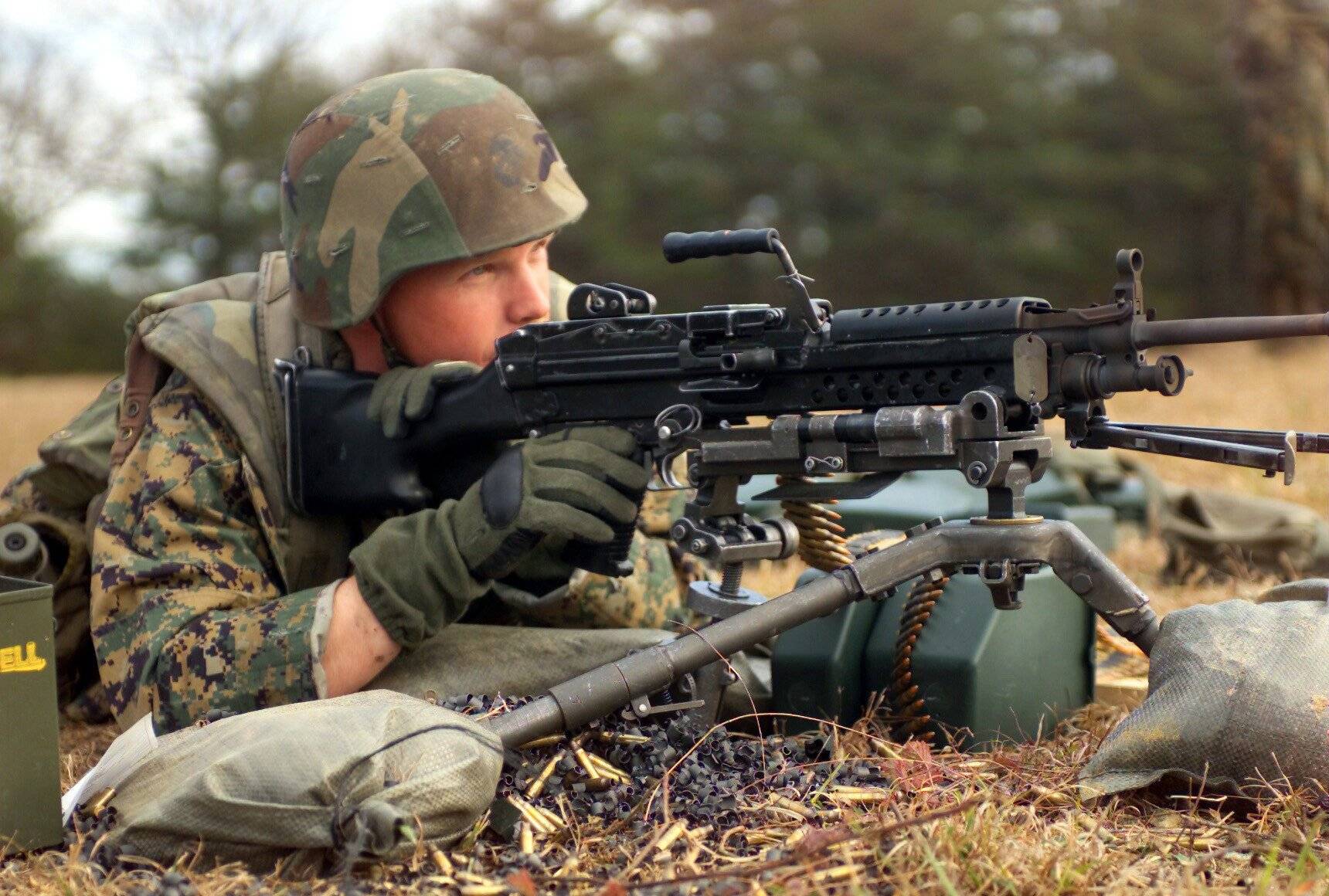 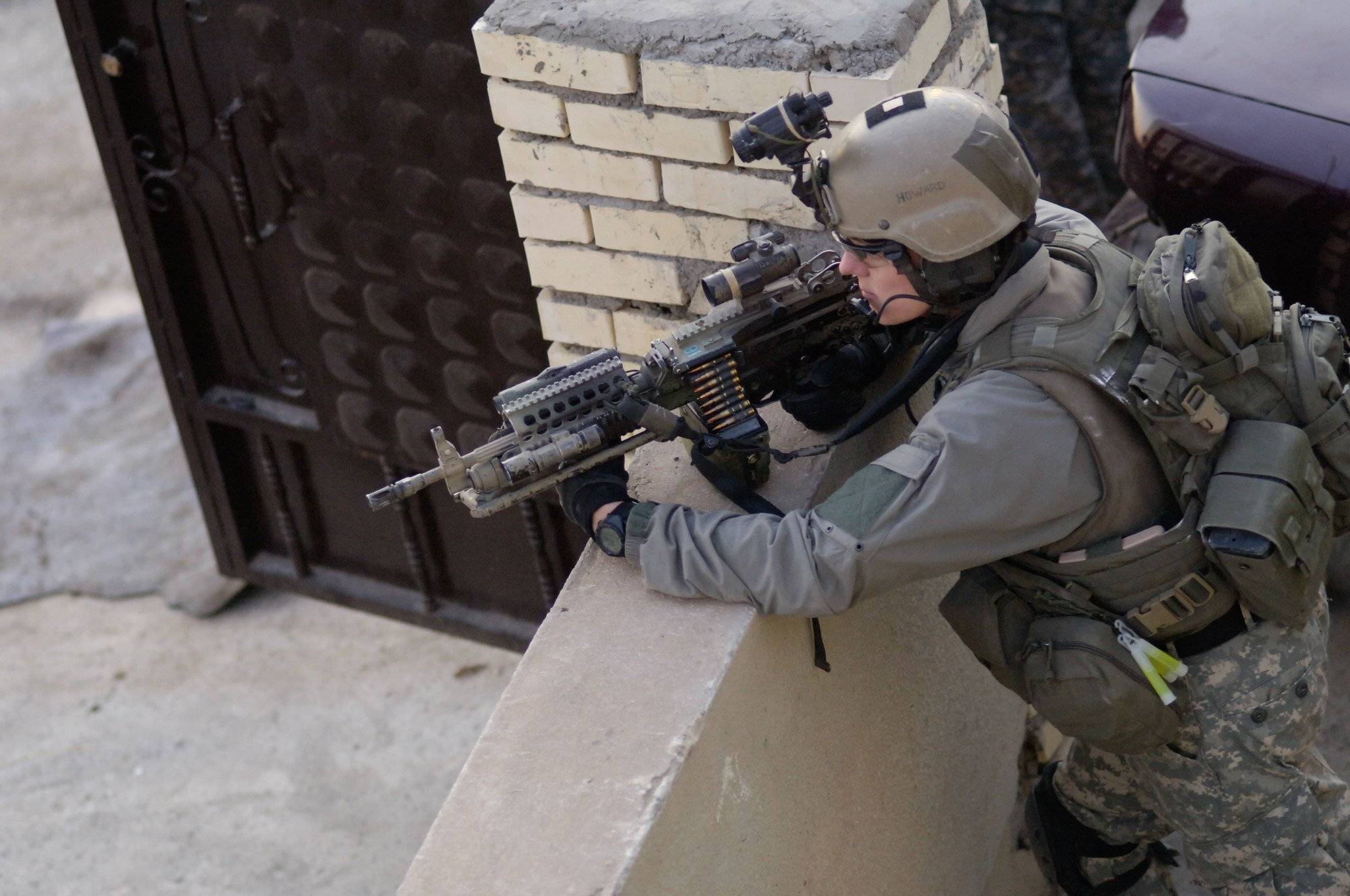 The M249 is gas operated and air-cooled. It has a quick-change barrel, allowing the gunner to rapidly replace an overheated or jammed barrel. A folding bipod is attached near the front of the gun, though an M192 LGM tripod is also available. It can be fed from both linked ammunition and STANAG magazines, like those used in the M16 and M4. This allows the SAW gunner to use rifleman's magazines as an emergency source of ammunition in the event that he runs out of linked rounds. However, this will often cause malfunctions where the magazine spring has difficulty feeding rounds quickly enough to match the SAW's high cyclic rate.

M249s have seen action in every major conflict involving the United States since the U.S. invasion of Panama in 1989. Soldiers are generally satisfied with the weapon's performance, though there have been reports of clogging with dirt and sand. Due to the weight and age of the weapon, the United States Marine Corps is fielding the M27 Infantry Automatic Rifle with plans to partially replace the M249 in Marine Corps service.

Many of the M249s still in U.S. Army and U.S. Marine Corps service have been worn down by continuous use and are becoming increasingly unreliable. A refurbishment program intended to extend the service lives of these M249s has been carried out, though the weapons are still deteriorating from heavy use. In particular, warping of the receiver rails is a nearly ubiquitous defect in heavily used first-generation M249s. This defect is no longer present on the current-issue M249, which has reinforced rails and full-length welding rather than spot welding.

The U.S. Marine Corps tested the M27 Infantry Automatic Rifle, a lighter, magazine-fed rifle to supplement and partially replace the M249. With plans to buy up to 4,100 IARs to complement and partially replace its 10,000 M249s (of which 8,000 will remain in service) held at platoon level, it has acquired 450 of the Heckler & Koch HK416–based weapons for testing. The U.S. Army does not plan to introduce the IAR. Colonel Robert Radcliffe of the U.S. Army Infantry Research and Development Center stated that an automatic rifle with a magazine would lower the effectiveness and firepower of a squad. While the Marine Corps has 13-man squads, the Army organizes its soldiers into squads of nine and needs considerably more firepower from the squad machine gunners to make up the difference. The U.S. Army does, however, want to replace aging M249s with newer weapons. They are currently working on replacing the M249's buttstock with a redesigned adjustable stock. The U.S. Army is also looking to replace the M249 with the LSAT light machine gun.