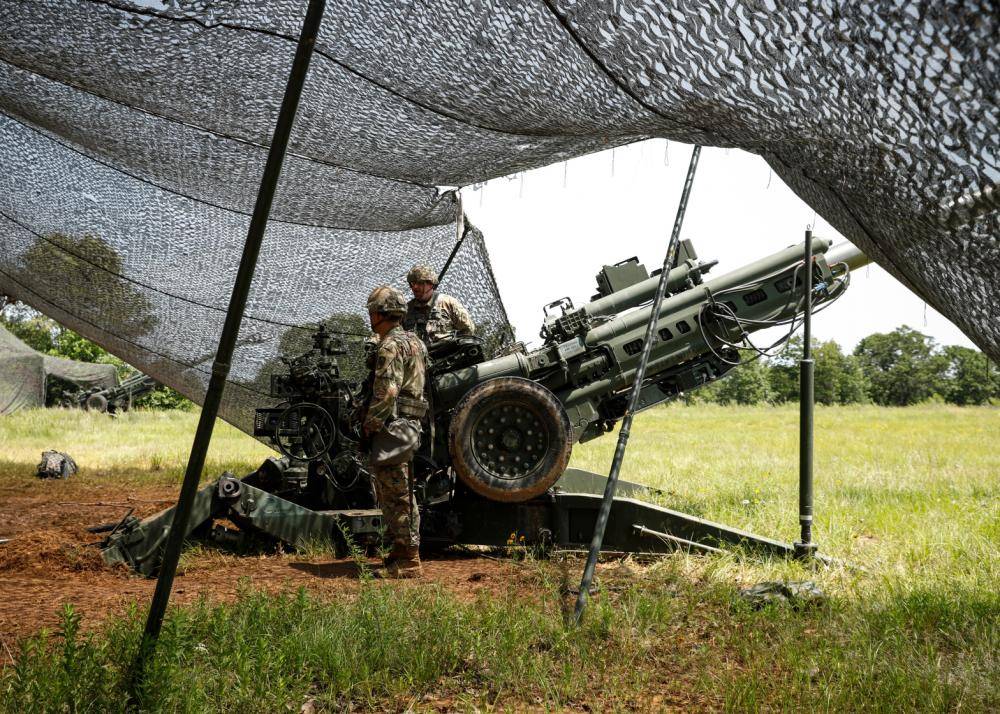 The M777 howitzer is a towed 155 mm artillery piece, successor to the M198 howitzer in the United States Marine Corps and United States Army. The M777 is also used by the ground forces of Canada and Australia. It made its combat debut in the War in Afghanistan.

The M777 is manufactured by BAE Systems' Global Combat Systems division. Prime contract management is based in Barrow-in-Furness in the UK as well as manufacture and assembly of the titanium structures and associated recoil components. Final integration and testing of the weapon is undertaken at BAE's facility in Hattiesburg, Mississippi.

The M777 began as the Ultralight-weight Field Howitzer (UFH), developed by VSEL's armaments division in Barrow-in-Furness, United Kingdom. In 1999, after acquisition by BAE, VSEL was merged into the new BAE Systems RO Defence. This unit became part of BAE Systems Land Systems in 2004. BAE System's original US partner was United Defense. However in 2005, BAE acquired United Defense and hence is responsible for design, construction and assembly (through its US-based, BAE Systems Land and Armaments group). The M777 uses about 70% US-built parts including the gun barrel manufactured at the Watervliet Arsenal.

The M777 is smaller and 42% lighter, at under 4,100 kg (9,000 lb), than the M198 it replaces. Most of the weight reduction is due to the use of titanium. The lighter weight and smaller size allows the M777 to be transported by MV-22 Osprey, CH-47 helicopter or truck with ease, so that it can be moved in and out of the battlefield more quickly than the M198. The smaller size also improves storage and transport efficiency in military warehouses and Air/Naval Transport. The gun crew required is an operational minimum of five, compared to a previous size of nine.

The M777 uses a digital fire-control system similar to that found on self-propelled howitzers such as the M109A6 Paladin to provide navigation, pointing and self-location, allowing it to be put into action more quickly than earlier towed and air-transported howitzers. The Canadian M777 in conjunction with the traditional "glass and iron sights/mounts" also uses a digital fire control system called the Digital Gun Management System (DGMS) produced by SELEX with components of the Indirect Fire Control Software Suite (IFCSS) built by the Firepower team in the Canadian Army Land Software Engineering Centre. The SELEX portion of the system, known as LINAPS, had been proven previously through earlier fielding on the British Army Royal Artillery's L118 Light Gun.