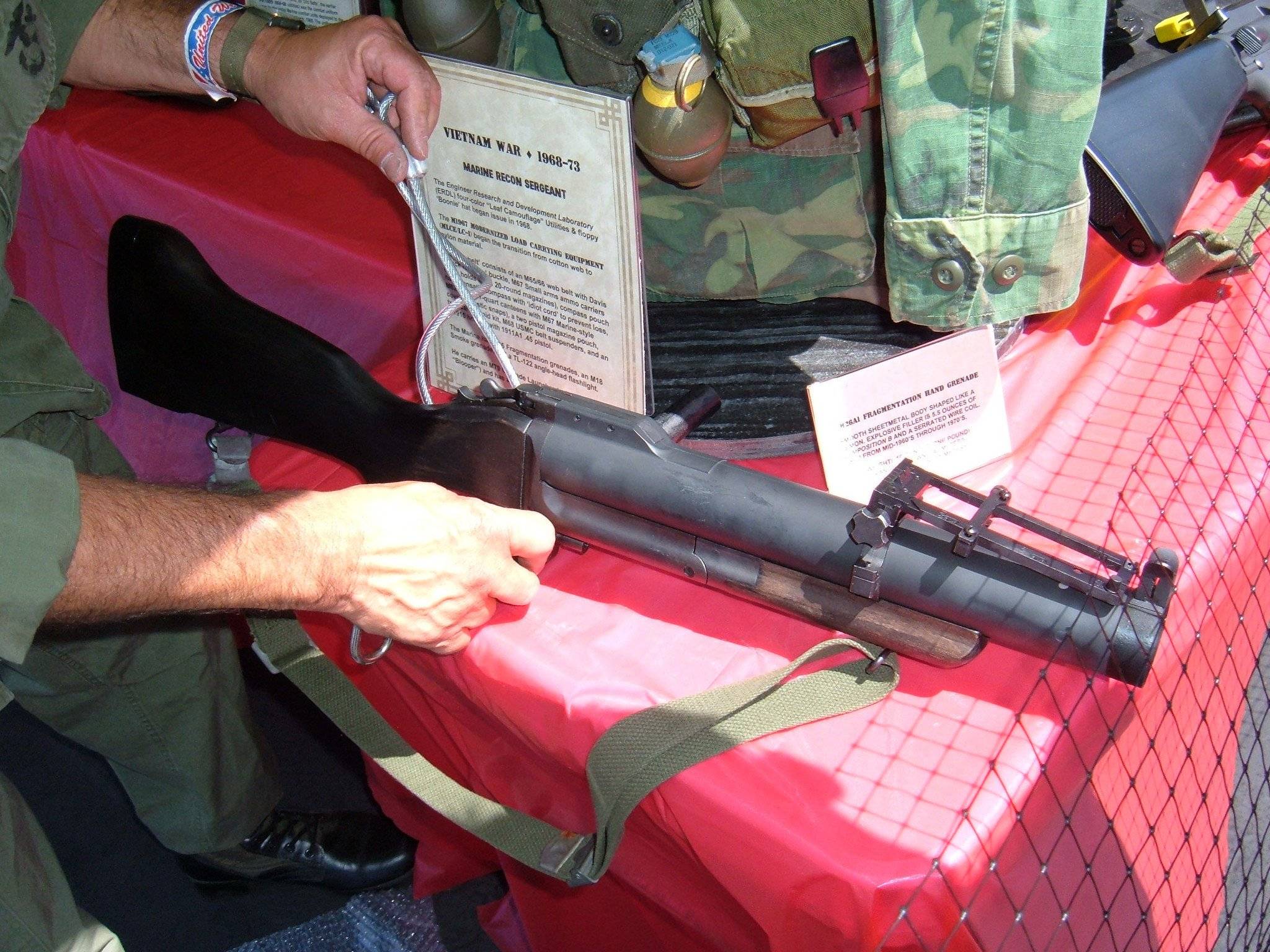 The M79 grenade launcher is a single-shot, shoulder-fired, break-action grenade launcher that fires a 40x46mm grenade which uses what the US Army calls the High-Low Propulsion System to keep recoil forces low, and first appeared during the Vietnam War. Because of its distinctive report, it has earned the nicknames of "Thumper", "Thump-Gun", "Bloop Tube", and "Blooper" among American soldiers; Australian units referred to it as the "Wombat Gun". The M79 can fire a wide variety of 40 mm rounds, including explosive,anti-personnel, smoke, buckshot, flechette, and illumination. While largely replaced by the M203, the M79 has remained in service in many units worldwide in niche roles.